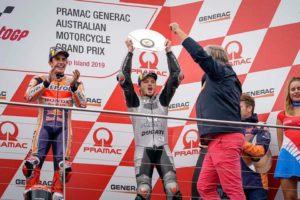 We certainly have quite a number of individuals representing the green and gold colours internationally! We’ve followed their social media channels, and these are the results! Jack Miller made his first podium in his home GP at Phillip Island. He finished the Australian MotoGP in 3rd and received quite the ovation for his performance! Remy […] 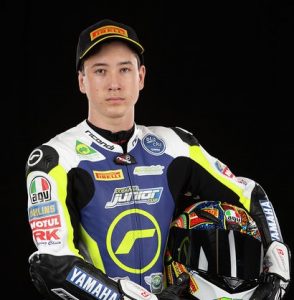 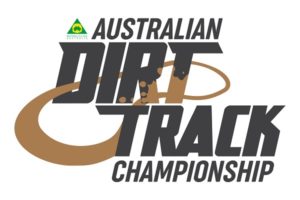 Following a request from the Kurri Kurri Speedway Club, Motorcycling Australia (MA) wishes to announce the following date change for 2020 Australian Speedway Senior Solo Championships. Due to unforeseen circumstances the initial qualifying/round scheduled for the 2nd – 3rd January at Kurri Kurri Speedway (NSW) has been changed to the 3rd – 4th January 2020. […] 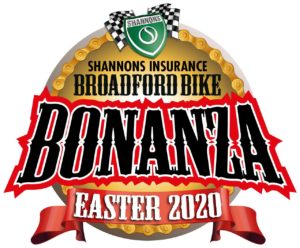 Motorcycling Australia (MA) in conjunction with MotoStars and Motorcycling NSW (MNSW) are excited to announce that Clay Clegg and Cameron Dunker have both been selected as the Wild Cards to race at the final round of the bLU cRU Oceania Junior Cup (OJC) at Sydney Motorsports Park (SMSP), on the 1st – 3rd November. […] 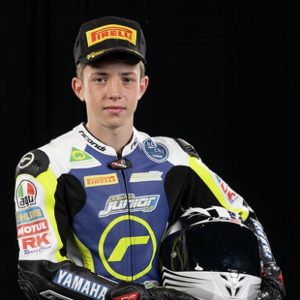 This week’s bLU cRU Oceania Junior Cup (OJC) Profile we look at New South Welshman #17, Hunter Diplock, who resides in the Hunter Valley. Fifteen-year-old Hunter, who describes himself as honest, hardworking and curious, started racing his 2016 Yamaha 300cc bike mid-season in 2018 and had very little competition experience prior to joining the OJC […] 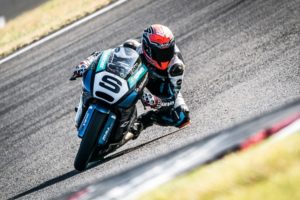 As Australian Road Race fans gear up for the event of the year, two Wild Card riders are preparing for their chance of a lifetime, to compete in Moto3 class at the Pramac Generac Australian Motorcycle Grand Prix at the iconic Phillip Island Grand Prix Circuit on October 25-27. Australian Yannis Shaw and New Zealander […]

This week’s bLU cRU Oceania Junior Cup (OJC) Profile we look at New South Welshman #14, Jacob Hatch, from St George Motorcycle Club. The 15-year-old from Illawarra, who describes himself as cool, calm and collected, had no previous motorcycle racing experience prior to taking part of the 2019 Oceania Junior Cup. Appropriately nicknamed “Hatchling” at […] 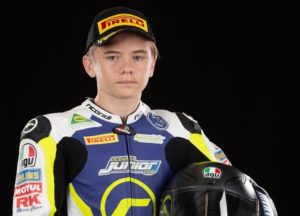 This week’s bLU cRU Oceania Junior Cup (OJC) Profile we look at New South Welshman #18, Tom Connors, from Wylong Motorsports Club. The 13-year-old who describes himself as competitive, thoughtful, tough and prefers not to stand out in a crowd has only been competing in road racing for eight months. On any given day Tom […]

With picture-perfect weather the 2019 Huon Aquaculture Australian Trial Championships was held on the unique rocky terrain of Mt Joy, Tasmania last weekend providing a great mix of obstacles to test the riders in their respective classes Twenty-nine-year-old NSW rider, Kyle Middleton once again re-wrote the history books by becoming the first rider to win […] 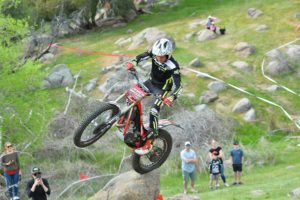 The Tasmanian Midlands will come alive this weekend as the best trial’s riders from around Australia head to Mount Joy, near Powranna for the 2019 Huon Aquaculture Australian Trial Championships. The national event this year is being held at local expert grade rider Chris Bayles property. Bayles who is ranked No.3 in Australia will […] 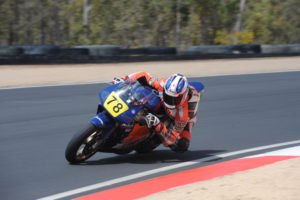 Western Australian Photographer and Journalist John Innes gives us the race report from the 2019 Australian Historic Road Racing Championships, which took place at the newly extended Collie Motorplex in WA. Promoted by the Historic Competition Motorcycle Racing Club of WA and supported by Motorcycling Western Australian and the Shire of Collie, the event saw […] 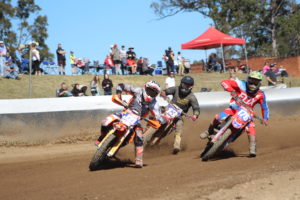 Six weeks and 1200 kilometres apart,  the outcome was the same with Jarred Brook scoring three class wins at the 2019 Australian Senior Dirt Track Championships staged by the Hunter Motorcycle Club at its Barleigh Ranch track last weekend (October 5 / 6).  That was a repeat of what the Gympie based North Brisbane club rider, […] 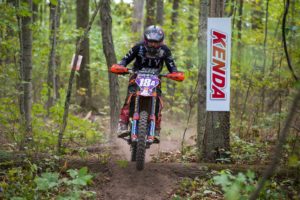 It was another big weekend across the world for Australian riders, with several Championships wrapping up for the season. Let’s see who did what and where!   New South Wales’ own, Mackenzie Tricker was crowned the 2019 AMA Enduro Champion in the Women’s Elite Class. Next stop – Portugal to represent Australia at the 2019 […] 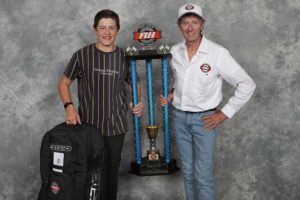 On Saturday the 5th of October the Motocross Riders Association Club proudly hosted a spectacular presentation night of the 2019 KTM Australian Junior Motocross Championships at the Port Adelaide Football Club. The club are once again to be commended on the professionalism in which the night was executed and along with the Port Adelaide Football […] 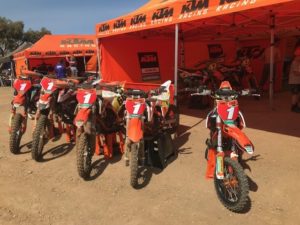