You are here: Home / News / Get to know your 2019 Pramac Generac Australian Motorcycle Grand Prix Wild Cards
Back

As Australian Road Race fans gear up for the event of the year, two Wild Card riders are preparing for their chance of a lifetime, to compete in Moto3 class at the Pramac Generac Australian Motorcycle Grand Prix at the iconic Phillip Island Grand Prix Circuit on October 25-27.

Australian Yannis Shaw and New Zealander Rogan Chandler, were announced as Wild Card competitors earlier this month and both riders will make their World Moto3 debut this weekend as part of the Double Six Motor Sport Team, which is headed by Team Manager Jack Clay.
As Clay previously stated, “It’s not every year that we get to see Australians and in particular the New Zealand riders racing in the World Moto3 Championship, it has become very rare. It would be great to get the crowd behind these two competitors as they will give it everything they have and put on a good show”.

To be selected as a Wild Card in the Moto3 class for the MotoGP is a huge achievement in knowing you will race against the world’s best Moto3 riders, therefore having spectator support will only enhance the experience for the new kids on the MotoGP circuit.
Twenty-five -year-old New South Welshman, Yannis Shaw, has been competing in both New Zealand and Australia and currently sits in sixth position in this year’s Australian Supersport 300 Championship. He started racing motorcycles at the age of 20 and set the MotoGP World Championship firmly in his sight from the on-set, just over four years ago.

Shaw, who won nine out of the 14 races to take this year’s New Zealand Moto3 title will use the same machine at the Australian Motorcycle Grand Prix; an ex Brad Binder 2014 Kalex KTM.

Motorcycling Australia (MA) caught up with Yanni briefly during the lead up to the Moto3 GP:

What, if any challenges, have you had to overcome or will need to overcome in preparation for your first Moto3 GP race day?

I think the biggest challenge will be the mental one. Personally, this will be the biggest barrier I think any rider faces making a debut in the World Championship. The riders in Moto3 are that quick, it’s hard to put it into perspective. I will focus on staying head strong and believing in what we are capable of achieving.

From all reports you seem to prefer the wet weather for racing-why is this?

Ha-ha – I have no idea… I always thought I would be a donkey in the wet weather having not come from the dirt background like most other riders, but this is not the case. I think I relax a lot more in the wet weather. I really enjoy riding in the rain and building up each corner you are out there.

What do you feel will be critical in your race plan for your first Moto3 GP?

Firstly, FP1 and FP2 will be super critical we plan on staying out for as long as we can to get the bike working the way we want to. I have never ridden the Moto3 around the Island before so those two hours will be massive.

In the race I think it will have a lot to do with how our pace is looking over the weekend. Regardless, I will focus on a great start and try position myself in a group and won’t roll out until the chequered flag!

Have you stepped up your training on and off the bike since being name as a Wild Card? If so how?

I have been on the bike a lot leading up to the GP, not just training, but also for the ASBK rounds. I was lucky enough to be able to do a 2-day test on the Moto3 machines that I will be racing at the MotoGP round and this has proved very valuable. I guess if anything I have actively tried to lose a bit of weight for the Moto3 GP round and having been trying to get to that 65kg mark from close to 68kgs. 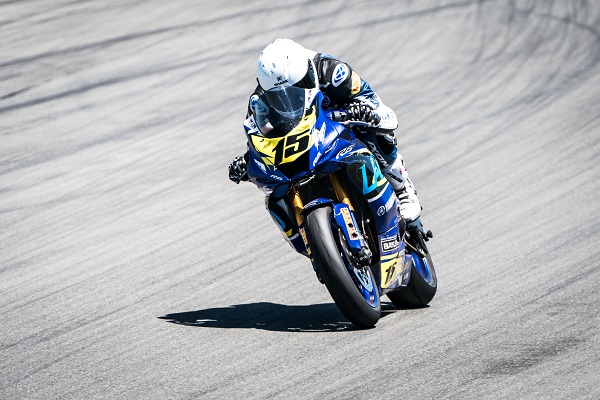 Twenty-Two-year-old Chandler will make history this weekend by becoming the first ever New Zealand rider to take part in a World Moto3 Championship event .

Chandler, from the Wellington Region of New Zealand’s North Island, has spent most of racing career in his homeland and made his motorcycling debut in motocross at the age of four-years-old. He continued to compete in the dirt discipline until the age of 13, then took a year-long break before making his road-racing debut at 15-years-old.

Chandler was Runner-up in the NZ 125GP Championship as a 17-year-old in 2015 and won the NZ 125GP/Moto3 Championship in 2016, a season that saw him taking pole position and winning every one of the 12 races in the four-round championship.
In 2017 he ventured to Australia to compete in the final three rounds of the Australian Superbike Championship (ASBK) in the Supersport 300 category. 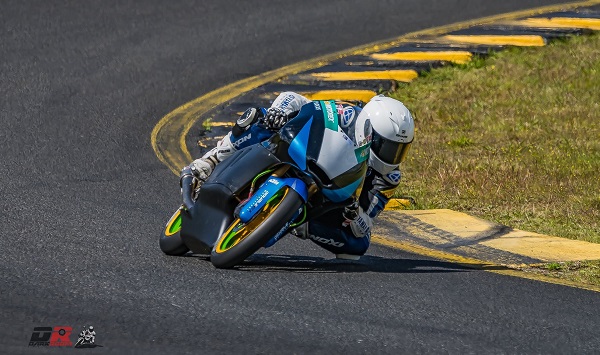 2017 also saw Chandler win the NZ junior title and since 2018, Chandler has been racing in the New Zealand Supersport Championship.
MA caught up with Rogan and asked his thoughts about the weekend ahead:

What, if any challenges, have you had to overcome or will need to overcome in preparation for your first Moto3 race day?

I think the biggest challenge for me will be to learn the track properly, I’ve raced there a few times but the circuit still feels pretty foreign to me. I also haven’t had much time on the bike either so this could be another challenge.
I have full faith in the Double Six Motor Sport Team to help get me across the line in a decent time, so I am pretty confident it shouldn’t be too much of a challenge.

Wet weather or dry weather? Which seems to work best for you?

I’m honestly not too much of a fan of wet weather! I’d rather race in the dry, I just think that the wet weather could really bridge the gap and I may be able to close up on the pack, wet weather is known to be an equaliser so this could also work in my favour.

What do you feel will be critical in your race plan for your first Moto3Wild Card?

Actually, I’m really excited for the race, I think no one expects a Wild Card to be up the front so I’ll be stoked wherever I place!

If I can hang on to the pack for the whole race that would be awesome, Phillip Island is known for its big race packs in Moto3, so I’m hoping I can tag along.

Have you stepped up your training on and off the bike since being name as a Wild Card? If so how?

My training has jumped up by a mile, I run and cycle every day now and have managed to lose 8kg coming into the race. It’s been super hard as I do have a bit of a sweet tooth, but with a bit of restriction on my carb intake and a good amount of exercise I’ve managed to burn everything off.
I’ve toned the training down a little heading into the weekend just so I’m a bit fresher as three days riding on the limit will take its toll.

The 2019 Pramac Generac Australian Motorcycle Grand Prix at Phillip Island will be held this weekend, the 25 – 27 October. For ticketing information, event schedule and further details, go to https://www.motogpcom.au/
You can keep up to date with how our riders fare at the 2019 Generac Pramac Australian Motorcycle Grand Prix in October via the MA website (www.ma.org.au).