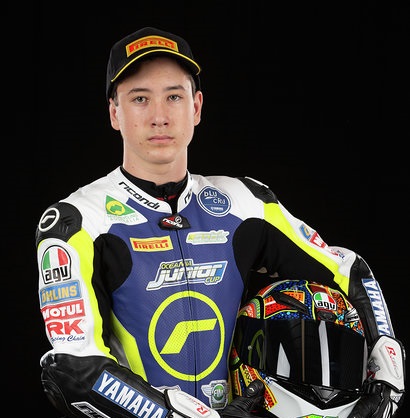 Zak, who has numerous dirt track club titles and state and national podiums under his race belt, is currently positioned tenth in the 2019 OJC series. He describes himself as athletic, fast, smooth and not one for giving up if something goes wrong – he is determined to be out in front!
Part of Zak’s determination and athletic prowess comes from the training involved in his other passions, football, trampolining and parkour – a training discipline using movement that developed from military obstacle course training.

Zealous Zak is stoked to have been given the opportunity to compete in the OJC series and gives us his run down on how and why he fell in love with two-wheel racing.

How long have you been competing in road racing?

I have been racing dirt bikes on kart tracks since I was nine and got my first R15 road bike at the start of last year. Sadly, I was forced to sit out most of the season due to a broken collarbone and then hand from playing football, so 2019 is my first full year of proper road racing. 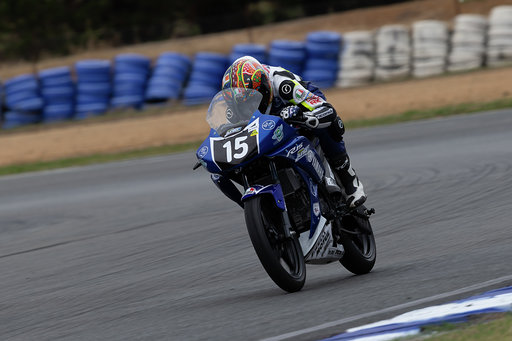 Tell us about where your love for motorcycle racing began and why?

My dad used to compete in road racing when he was younger, and he always took me for rides on his dirt and road bikes. My love of motorcycles started with riding a Peewee 50 in the bush where we live, and most weeks I still enjoy going out there for a squirt on my YZ250F or my dad’s YZ450F.

Thinking back, tell us about one of your favourite memories growing up when it comes to motorcycling?

Spending as much time as I could riding with my dad and learning all the mechanics of each different motorcycle that we had in the shed. I really enjoyed all the long road trips to dirt track meetings over the years with my family as well.

Tell us about the first time you hopped on a motorcycle:

My first ride on a motorcycle was a Peewee 50 in the paddock when I was three and I had no idea what I was doing. In fact, my dad banned me from riding until I was four after that because I didn’t know how to use the brakes and rode into a tree. 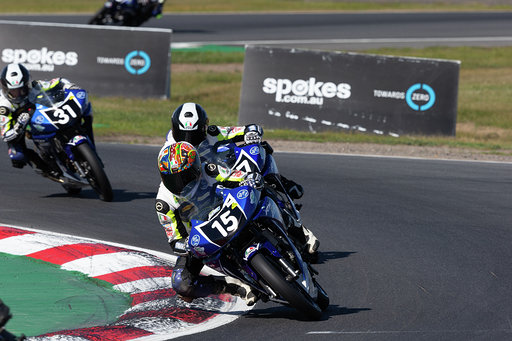 What career do you hope to end up in? For example, WSBK or MotoGP racer?

I think every ASBK kid’s dream would have to be to race in MotoGP. It is the highest level you can reach, and it is such a difficult task to get there. You have to be the best of the best to make it to that level of competition.

Tell us who your sporting idol is. How have they impacted you and your love for motorcycling?

I have many idols and in MotoGP it would have to be Jack Miller. He started off just like us and put the determination and effort in to become one of the best.

What have you learnt from the bLU cRU Oceania Junior Cup?

It has been a great experience for me as a rider and as a person. It has been awesome, meeting heaps of new friends, learning a bunch of new skills on some of Australia’s best racetracks and understanding the importance of focus and discipline.

Tell us about your bike, helmet, leathers, gloves and boots. How are you adjusting to the new bike? How do you find the products that have been chosen specially for you?

The R15 is a great fun bike to ride, with only a small amount of power underneath us means it is perfect for cornering fun and having some awesome battles on.
The Ricondi leathers are a great fit and very comfortable. I can move around as much as I need on the bike and they have kept me safe and intact in my two crashes. The gloves are also a perfect fit for me and feel good to wear.
My AGV helmet feels fantastic. Nearly every rider’s helmet is a different design and colour so you can see which rider is which.
Our TCX boots come in many different colours and designs and not only keep my feet safe and comfortable, but nice and warm in the cold weather down south.

We will release profiles from the class of 2019 each week, so be sure to stay tuned on your favourite star by heading to ASBK.com.au and following the bLU cRU Oceania Junior Cup Facebook page!
Images: Andrew Gosling – tbgsport (head shot)