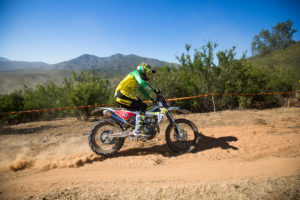 In the words of Freddie Mercury, another one bites the dust! Day three of the 2018 FIM International Six Days Enduro (ISDE) has officially come to a close, heralding the halfway mark of the 93rd edition in what one might call one of the most prestigious off-road motorcycle competitions.  Day three saw competitors from a collection […] 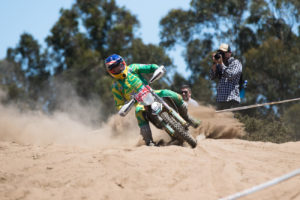 The sun has set on day two of the 2018 FIM International Six Days Enduro (ISDE) and Australia has maintained a fantastic momentum across all three classes. Set once again against the stunning Pacific coastline, riders from 25 nations tackled the Pacific Challenge for two laps and six technical and slippery tests, spanning 284 kilometres […] 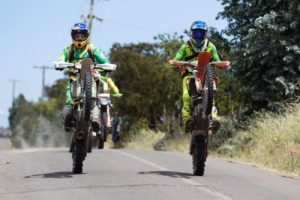 Day one of the 2018 FIM International Six Day Enduro (ISDE) has been left in the Chilean dust, and Team Australia remains a strong and dominant force in all classes. Day one and two saw riders tackle the aptly named Pacific Challenge, with contrasting elements of picturesque views and dusty, slippery conditions.  Setting off early […] 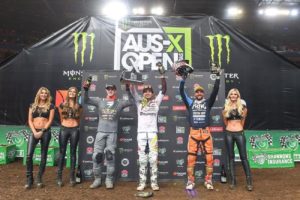 The fourth instalment of the Monster Energy AUS-X Open Sydney has concluded in front of a sell-out crowd, with current World Champion Jason Anderson taking the win over hometown hero Chad Reed. The American dominated the first two races and eventually won the third and final race after Aussie hero Chad Reed was stripped of […] 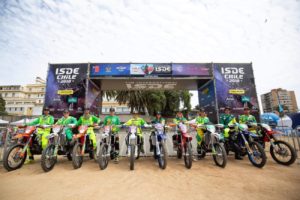 The countdown is just about done as Team Australia prepares to take to the track for day one of the FIM International Six Days Enduro (ISDE) later today. Celebrating its 93rdanniversary, Australia’s World, Junior and Women’s Trophy Teams spent time in reconnaissance over the past week to prepare for a hot and dusty six days […] 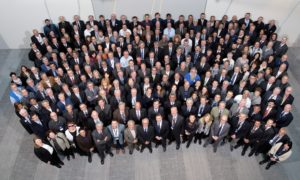 Motorcycling Australia (MA) are extremely proud to announce that four of their members have been appointed as Fédération Internationale de Motocyclisme (Federation of International Motorcycling -FIM) Commissioners for a four-year period, from 2019-2022. FIM, the world Governing Body for motorcycle sport, is an independent association formed by 113 National Federations throughout the world and are […] 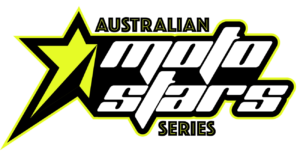 It is with great pleasure that Motorcycling Australia (MA) announce the official MotoStars 2019 calendar for the highly anticipated Australian Junior Road Racing Championship (AJRC) and the newly reinvigorated Australian Supermoto Championship (ASMC). The calendar delivers a new look with a six round series which spans across five states and territories. All six rounds will […] 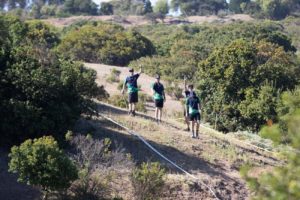 As we arrive at the doorstep of the Federation Internationale de Motocyclisme’s (FIM) longest running sanctioned event, the 2018 FIM International Six Day Enduro (ISDE) in Chile, Team Australia has used this week to gather their bearings and walk the tracks. With time well spent in reconnaissance, Team Australia are well prepared for the week […] 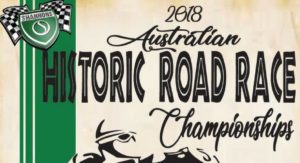 Coming in hot this weekend is the 2018 Shannons Australian Historic Road Racing Championship, held at Broadford State Motorcycle Sports Complex from 9-11 November. Showcasing bikes from a bygone era, the event is promoted by the Preston Motorcycle Club and is sure to set your heart alight with bikes ranging from the 1920’s to the […] 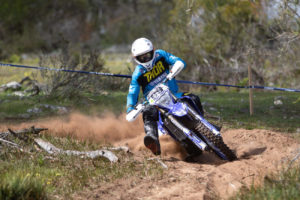 The Yamaha Australian Off-Road Championship (AORC) is pleased to announce that the 2019 calendar has been officially revealed, confirming dates, locations and states for the highly anticipated National Championships.  Next year’s Championship will continue to use a double-header format, except for Round 7 as the series will return to Broken Hill NSW, for a 4 […] 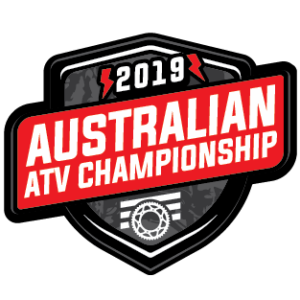 The 2019 ATV MX Nationals is the biggest Quad event for Australia and with preparations well underway, we are making sure this is the event not to be missed for all riders, spectators and sponsors on the 21st and 22nd September 2019 The ACT Motorcycle Club located just outside Canberra is only 6.4kms from the nearest […]

Responsible behaviour and sportsmanship are at the core of what drives Motorcycling Australia (MA) to support the motorcycle industry, its athletes and its fans. To secure the growth of the Australian motorcycle sport and ensure it meets international standards, MA has organised a new anti-doping educational seminar at the 2018 Monster Energy AUS-X Open Sydney. […] 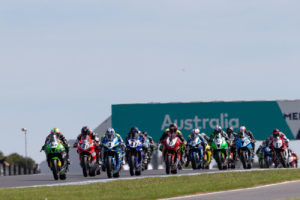 2018 was a year filled to the brim with action a plenty for the Yamaha Motor Finance Australian Superbike Championship presented by Motul Pirelli (ASBK) and 2019 is set to raise the bar even higher. It is with great pleasure that Motorcycling Australia officially releases the 2019 ASBK Calendar! The ASBK season will be kicking […]

Motorcycling Australia is on the hunt for a new Rules and Technical Admin Coordinator! If this sounds like you or someone you know, check out the position description and apply by emailing Pip Harrison (pip@ma.org.au) today! Submit your CV and cover letter as soon as possible, because applications close shortly! If you have any queries, […] 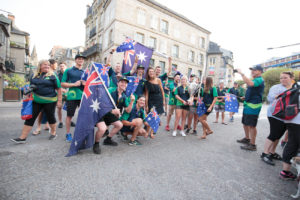 The countdown is on for the 93rd FIM International Six Day Enduro (ISDE), as Australia’s World Trophy, Junior Trophy and Women’s Trophy Teams head off to Vina del Mar, Chile this weekend! After months of training, preparation and fundraising, our teams are focused and ready to bring the heat to our international rivals!   Team Australia is […]

Motorcycling Australia (MA) is pleased to officially release the provisional 2019 National Events Calendar. After an exhilarating and action packaged 2018 season across all sanctioned disciplines, 2019 is set to be bigger and better than ever! Included in our provisional 2019 calendar are both national and international events for all sanctioned disciplines, including Road Race, Motocross, Speedway, […] 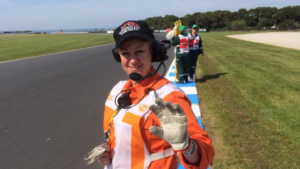 What got you into motorsport? My father was a road racer who competed at local events in the 1950 and 60’s. What got you into volunteering? I had bikes growing up and I did a bit of Trial riding. When my son turned 5 I bought him a motorcycle and wanted to help out at […]

Team owners Frank Krekeler (SKM) and Rob Vennegoor (RT Motorsports) are very proud to present a brand new WorldSSP300 team, called Nutec – RT Motorsports by SKM – Kawasaki. Both team owners have a long history in racing over the last few decades. With the combination SKM and RT Motorsports the team can deliver an […]