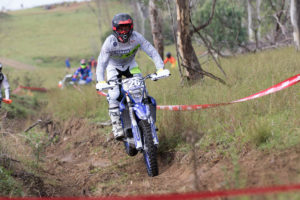 To kick the year off bright and early, Motorcycling Australia are pleased to announce the release of the 2019 Yamaha Australian Off-Road Championship (AORC) Supplementary Regulations. Additionally, entries are now open for Rounds 1 and 2 in sunny Gympie, Queensland. Bigger and better than ever, the 2019 AORC is not to be missed! The Active8 Yamaha […] 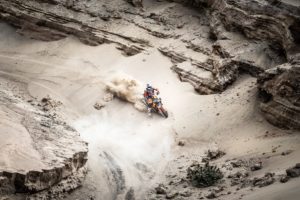 The mullet and sheer tenacity may precede him, but Toby Price’s (Red Bull KTM Factory Racing) efforts after stage four of the 2019 Dakar Rally will become textbook on how to push through pure pain in order to succeed. With a broken wrist and conditions that do no favours for his injury, Price has bumped […] 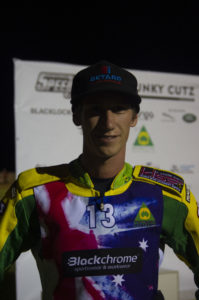 Under the setting Albury sun, with music blaring and a travelling company of Belle Vue fans keeping a keen eye on their favourite, Max Fricke, Round 4 of the 2019 Australian Senior Solo Speedway Championship was a treat for riders and fans alike. In front of a packed-out crowd, Fricke took the overall win and […] 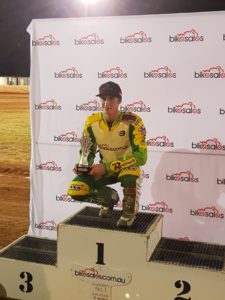 The 2019 Australian Senior Solo Speedway Championship is quickly becoming a dance between Max Fricke, Chris Holder and Rohan Tungate after Round 3 at Undera Park Speedway last night! In an evening with plenty of unexpected wins and crashes, Fricke took out top position overall with a lead ahead of Holder by three points! As […] 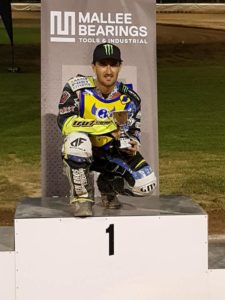 Round 2 of the 2019 Australian Senior Solo Speedway Championship left no room for disappointment at Olympic Park Speedway Mildura, yesterday evening. Gaining momentum after Round 1 where he placed third on the podium, Chris Holder left his rivals chewing the dust as he took out first place for Round 2. Hosted by the Mildura […] 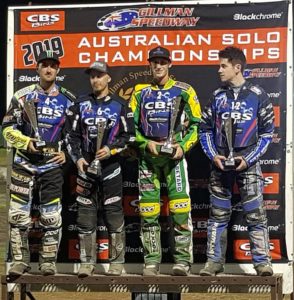 South Australia played host to Round 1 of the 2019 Australian Senior Solo Speedway Championship at Gillman Speedway yesterday and the fight was on right from Heat 1! Under stifling conditions and against some of the most impressive competitors to date, Max Fricke came out on top to take first place in the opening round […]