You are here: Home / News / WJMX Team Announced To Represent the Nation
Back 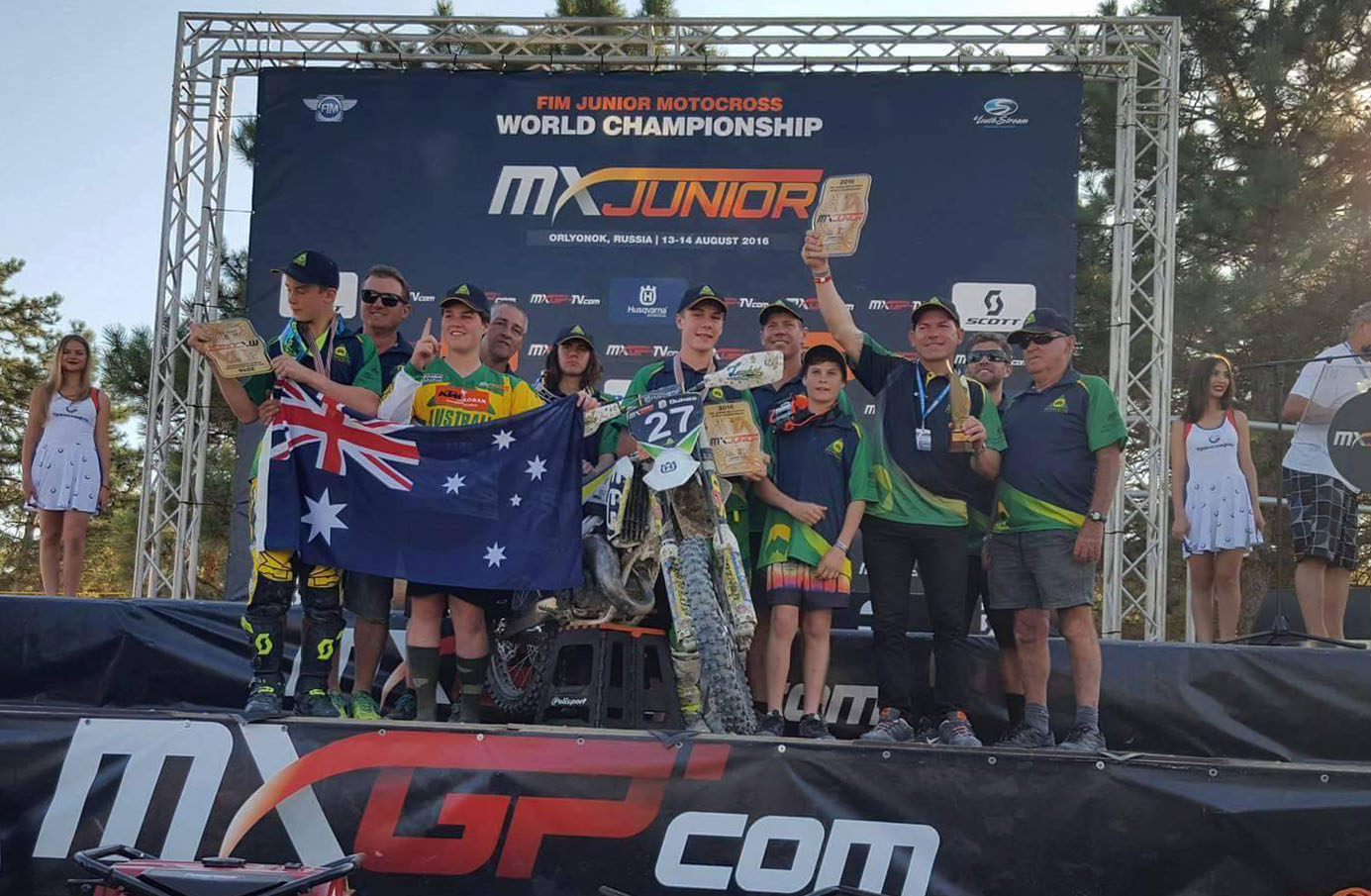 Motorcycling Australia (MA) is proud to announce the Australian Team to compete in the 2018 FIM World Junior Motocross Championship (WJMX) that will be racing at the renowned Horsham Motorcycle Club VIC on the 26th of August 2018.

Australia will have 21 riders flying the flag at the biggest Junior Motocross event to hit our shores. The 21 riders will be split between the following three classes, seven have been selected in each;

Australian riders may still have the chance to secure a wildcard entry. If there are less than 40 entries received from other federations, there will be opportunities for wildcards for Australian riders at the WJMX. This will be revealed at the closing of entries in the coming weeks.

MA has received a considerable amount of rider applications for the 2018 Australian Team competing in the WJMX. The opportunity to represent Australia on home turf no doubt being a contributing factor to the interest. Australia has enjoyed a conservable amount of success in the past, Notable standouts include Jett Lawrence taking out the 65cc class in 2014 and Jay Wilson in the 85cc – 150cc class in 2009.

Being able to host the WJMX is an amazing privilege and is without a shadow of a doubt the world’s most prestigious Junior Motocross event. It’s going to be an incredible sight to witness, delivering a show for spectators and competitors alike.

We will be keeping an eye out for the progress WJMX riders and teams as they battle it out against the world’s best in class. MA is very enthusiastic about the prospects for this year’s championship competitors on home soil.

Any queries in regard to team selection should be forwarded to Team Manager, Mark Willingham with the details below.