You are here: Home / News / Wildcards Announced for The Bend Round of the 2019 Asia Road Racing Championship
Back 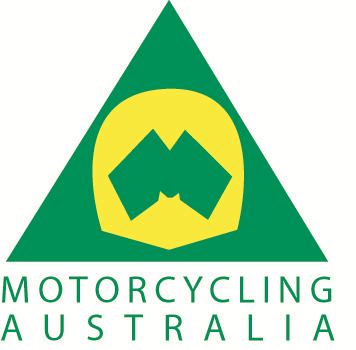 The best of Australia will take on the best of Asia at the 2019 International Moto Fest at The Bend Motorsport Park this April 25-28, with the announcement that Yanni Shaw, Stephanie Redman, and Mason Coote will be competing as wildcards in the brand-new Asian Superbike (ASB1000) class of the Asia Road Racing Championship (ARRC).

Recently-crowned New Zealand Moto3 Champion and Motul Pirelli Australian Superbike Championship (ASBK) YMI Supersport 300 competitor Shaw (DB Racing Services, Kawasaki ZX10R) was thrilled with the opportunity. “It’s absolutely awesome. I hope to do the best I possibly can” he said. “We’ve got a really good privateer team behind us, and I’m stoked, I’m so happy!

“We might have the upper hand a little bit when it comes to riding at The Bend, but I know these Asian boys are super, super quick, so it’s going to be wicked! The Bend is probably one of my favourite tracks. It’s just such a smooth, modern circuit, so it’s going to be really exciting to have the ASB1000 bikes there.”

Former ASBK rider and California Superbike School Chief Ride Coach Redman (Addicted to Track, Yamaha YZF-R1M) said she was excited by the opportunity, despite some pre-race nerves. “The opportunity to ride with the high-calibre ARRC riders, and to be out on track with them is definitely appealing, I’m looking forward to getting a look at what they’re doing, and how the teams are run behind the scenes” she said. “The ARRC is a very professional series, and from what I’ve seen so far the ASB1000 class in its first year is going really well so it’s exciting to be a part of that and see the riders and the teams develop.”

Coote (Aark Racing, Kawasaki ZX10R) is looking forward to getting back on a Superbike, after racing in the ASBK in 2018 but not being able to take to the grid in 2019. “I’m excited and nervous about the whole situation” he said. “I didn’t think I’d be racing much or at all this year, and the opportunity came up and I jumped at it.

“I know the ARRC has got a very high level of talent and of competition, and being able to have an event like this at a track like The Bend is unreal. Combine one of the best championships in the world with one of the best tracks in the world, it’s a double whammy for me!”

The announcement of the three wildcards further expands the existing Australian contingent in the ARRC field, currently represented by fellow Australians Broc Parkes and Bryan Staring. Series regular Parkes (Yamaha Racing Team ASEAN) sits second in the ARRC Championship pointscore behind Thai Kawasaki rider Thitipong Warokorn (Kawasaki Thailand Racing Team), who was subsequently injured in a crash riding as a wildcard himself in the FIM World Superbike Championship Thai Round at Buriram. His replacement for The Bend will be fellow Kawasaki stablemate and ASBK regular Bryan Staring (Kawasaki BCperformance).

The 2019 FIM Asia Road Racing Championship is the premier motorcycle road racing championship in Asia. It’s seven-round 2019 calendar includes races in Malaysia, Thailand, Korea and Japan in addition to the Australian round, and includes many of the region’s top motorcycle racers. This season sees the addition of the brand-new top-tier ASB1000 class, competing at The Bend alongside smaller-capacity classes Supersports 600 and Asia Production 250.

International MotoFest takes place at The Bend Motorsport Park, Tailem Bend, South Australia, and includes Round 2 of the Asia Road Racing Championship, Round 3 of the Motul Pirelli Australian Superbike Championship, and a round of the Australian Supermoto Championship on the stadium circuit. Grab your tickets now, visit thebend.com.au for more.