You are here: Home / Juniors / West our Best in 85cc WJMX Qualifying
Back 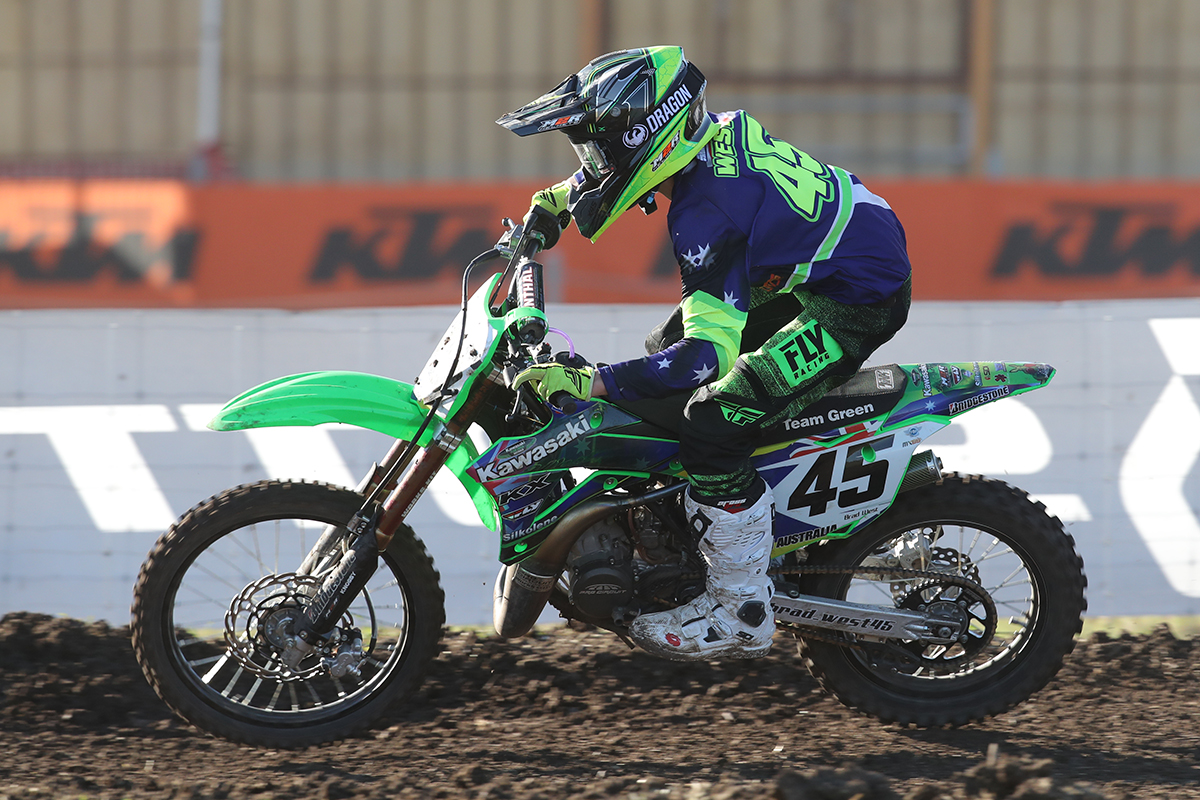 In the 85cc FIM World Junior Motocross Championship (WJMX) Qualifying it was Brad West aboard his Kawasaki who was the best of the Australian contingent, grabbing the tenth quickest time of 1:54.980. West best lap came on lap two of the qualifying session as the Horsham circuit got rougher throughout the qualifying session.

“I felt quite good out there, the track is really good. It’s starting to rut up a bit and there a few pot holes and square edges but it’s fun hitting all the jumps, I’m looking forward to racing tomorrow,” said West.

Just behind West was fellow Australian Ty Kean, who qualified in 11th after stopping the clock at 1:55.268 on his KTM. Connor Towill qualified in 12th but after showing good speed in the earlier practice sessions, will be one to watch in tomorrow’s racing.

Behind Towill there was a log jam of Australian with Zac Watson in 14th, Ryan Alexanderson 15th, Ryder Kingsford 16th, Jack Mather 17th and Jett Burgess-Stevens in 18th.

Just outside the top 20 in 21st position was Jackson Camilleri who stopped the clock at 1:56.896. Following Camilleri was the pair of Australians Campbell Williams(25th) and Connor Adams (26th).

The Australian riders will be ready and raring to go tomorrow, with sights set on seeing the green and gold riders pushing into the top ten.

Race one will start at 12:15pm and then the riders will be back for their final race of the day at 3:15pm, to keep up to date with how the Australian riders are going head to live timing, MA Website, MA Facebook or the MA Instagram.