WA State Champ Martin to Wild Card at OJC Round 5

You are here: Home / News / WA State Champ Martin to Wild Card at OJC Round 5
Back

The fifth round of the bLU cRU Oceania Junior Cup (OJC), to be held at Phillip Island on October 4-6, will once again field a Wild Card rider in eleven-year-old Jayden Martin. Motorcycling Australia is proud to continue its commitment to junior development with its second OJC Wild Card opportunity, thanks to the collaboration of Motorcycling Western Australia (MWA).

The OJC series has been instrumental in helping the new generations riders to make the next step into competing in road racing, but more importantly, helping them to hone their skills, both on and off the track.

Martin, who hails from Muchea in Western Australia is quite new the whole road racing side of things. For five years he has been racing around in the motocross scene, before trying his hand at Supermotard racing last year.

However, 2019 has been his introduction to road racing. In such a short amount of time spent on the tar, Martin has come on leaps and bounds. In fact, the speedy youngster has already locked up his first road racing championship over in the west, by winning the Banhams WA Junior Road Race State Championship.

The call up to come and race as a Wild Card in the OJC series was a huge surprise, according to Martin. 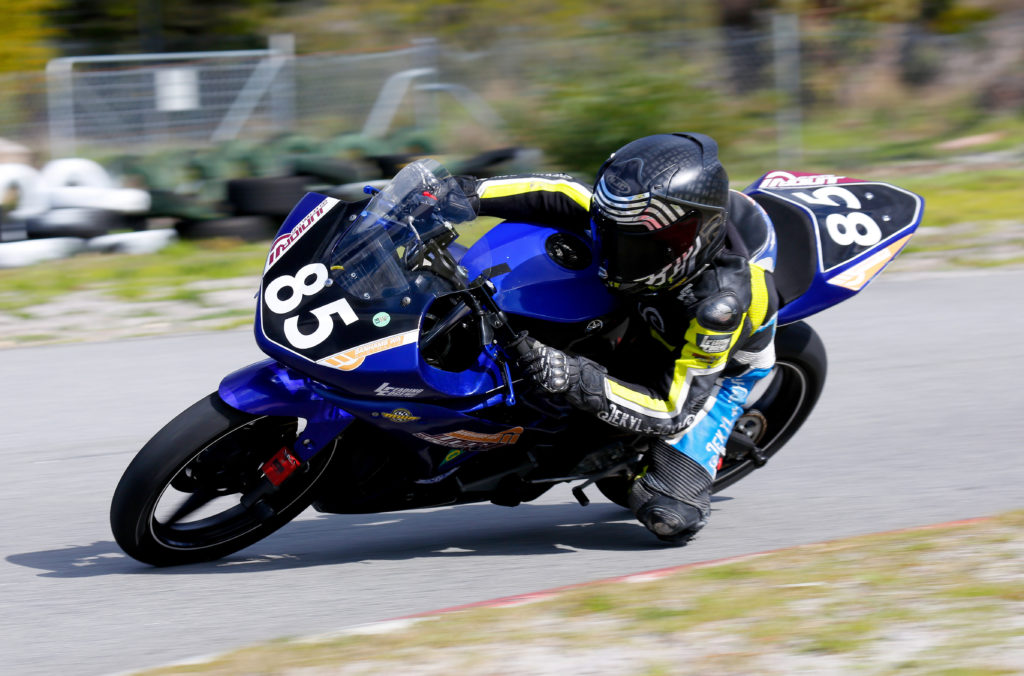 “I wasn’t expecting to get the Wild Card ride, that’s for sure,” explained Martin, who is really looking forward to the challenge that lies ahead.

“This year has been pretty surreal by being able to win the Banhams WA Junior Road Race State Championship. Now to be able to come over and race against the best riders in the OJC series and the best track in the country is pretty amazing to be honest. I can’t thank everyone involved enough for this fantastic opportunity,” he added.

Being Martin’s first national race start, he has expressed that he’s going to take the weekend as it comes for the experience and to simply have fun before he has a proper crack at joining the OJC for the 2020 season.

“I really can’t put too much pressure on myself,” said Martin. “Why I say that is because the weekend will be full of firsts for me. It will be the first-time racing at Phillip Island, racing against other competitors that I have never raced against. And obviously racing in the Oceania Junior Cup. I’m just really looking at the weekend as a fun and learning experience. In saying that, I would like to be able to finish inside the top ten in all of the three races,” finished Martin.

“The bLU cRU Oceania Junior Cup is dedicated to strengthening and building the motorcycling community here in Australia and across the Oceania region,” said Port.

“It’s fantastic to have Jayden coming over from Western Australia to race in the OJC round at Phillip Island. Its testament to MWA’s own commitment to junior road racing with the Banhams WA Junior Road Race State Championship. While Martin is quite new to the road racing side of things, you never know. He could cause an upset with some of the major players in the series,” added Port.

If you’re interested in joining the bLU cRU Oceania Junior Cup class for 2020, please submit your expression of interest here.

Make sure to get your ticket for Round 6 of the 2019 Motul Pirelli Australian Superbike Championship at Phillip Island Grand Prix Circuit, 4-6 September 2019. For more updates and to purchase, head to ASBK.com.au.