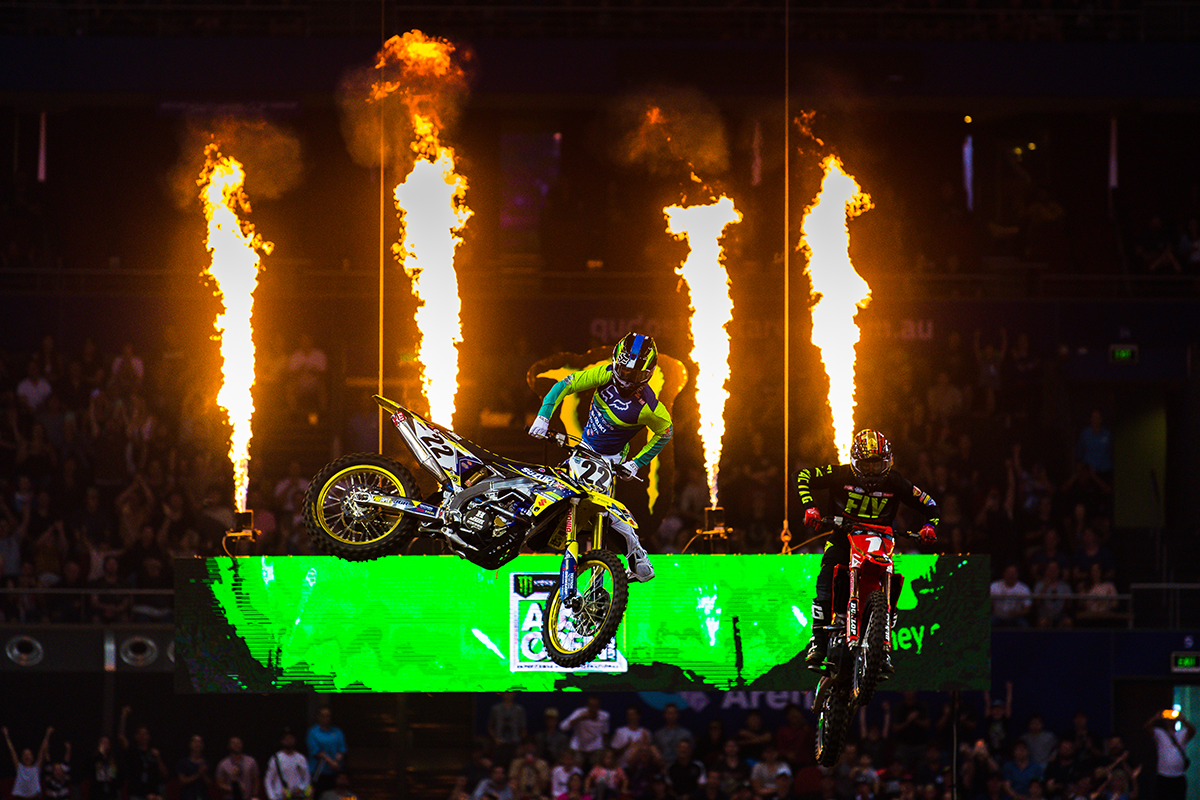 World Champion – Chad Reed, has announced he’ll be back to race on home soil this November 30 at Melbourne’s Marvel Stadium, as tickets go on sale from 12pm today for the Monster Energy AUS-X Open.

The 37-year-old will head to Victoria to race for the first time since 2012 and his first time racing in Melbourne since 2000, where he says he’ll be looking for redemption. The legend sat out the 2017 event due to injury and was unable to complete a fairytale comeback last year, with the 2018 World Champion Jason Anderson (USA), taking the win.

“I’m definitely looking for redemption, to come out and work hard and just be better prepared on all levels myself, the bike, the team, so I can hopefully take out that AUS-X crown,” said Reed.

“Getting back to Melbourne to race will be awesome, it’s been a long time since I’ve raced there, I love the city, and I’ve never been to Marvel Stadium before so I’m really looking forward to it.”

Tickets for the event will be available exclusively through Ticketmaster.com.au from 12pm today, starting from $39.95, and are expected to sell out fast.

Australia’s largest Supercross event, the AUS-X Open, has proved successful for the Aussie hero since its inception, including back-to-back wins during the first two years in 2015 and 2016, and Reed says he’s proud to have watched the event grow over the past four years and how it has significantly changed the Australian Supercross industry.

“My favourite thing about AUS-X Open as a rider and an athlete is it’s such a reflection for me, remembering back to when I was eight years old watching all the Australian greats in a Newcastle motordrome, and now seeing it, [AUS-X Open] being held at Marvel Stadium at the highest level makes me real proud to be apart of the sport,” exclaimed Reed.

“I was around for the first ever AUS-X Open in Sydney and I’m really proud to see how it’s grown into Marvel Stadium in Melbourne.”

“It’s so hard to put into words the energy that you get at a stadium like Marvel, a stadium filled with 35-45,000 people, there’s just nothing like it. And really why I still, at 37-years-old, choose to do this as my day-to-day job. I love it, and I can’t replace that feeling and I’m always excited to come back for more,” Reed stated. 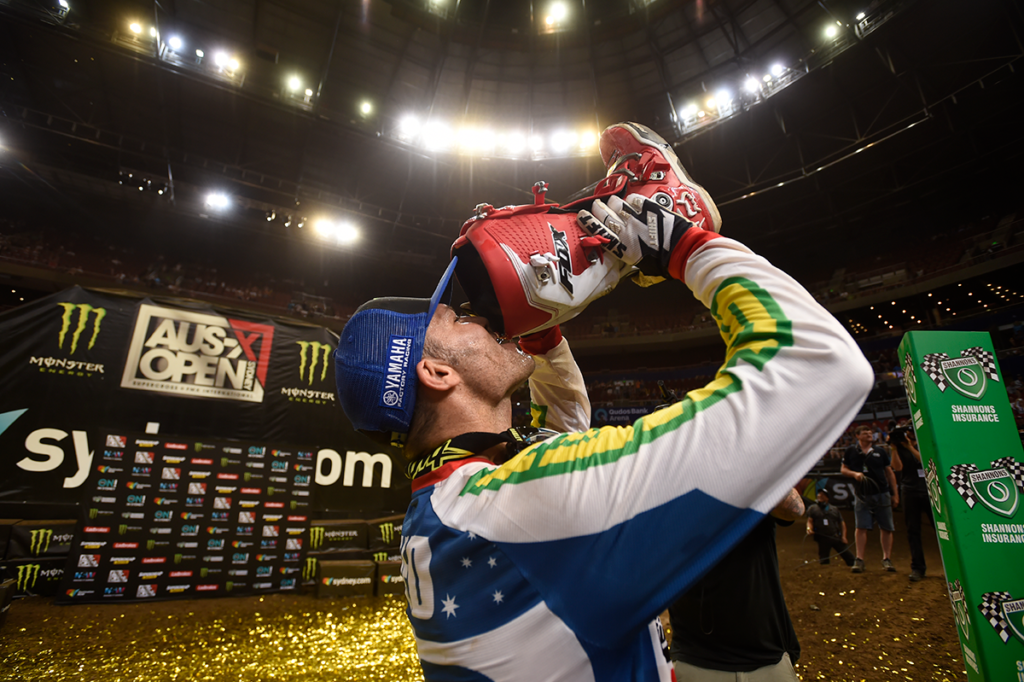 Reed will not have it all his own way in Melbourne, with what will arguably be the most competitive field of international supercross racers, to ever line up on Australian soil. More of the world’s biggest names in Supercross and Freestyle Motocross, including recent World Championship winners, will be announced in the coming days.

The 25-year-old American rider had an incredible rookie season in the premier 450SX1 class of the 2019 World Championship and is expected to be hard to beat at the AUS-X Open.

“I can’t wait to head Down Under for the Monster Energy AUS-X Open. The calibre of riders that the event brings each year makes me so pumped to get out there and take it to the world’s best on Aussie soil,” Savatgy said.

“Racing Chad Reed at home, is certainly not going to be easy, but a challenge I’m ready for.” 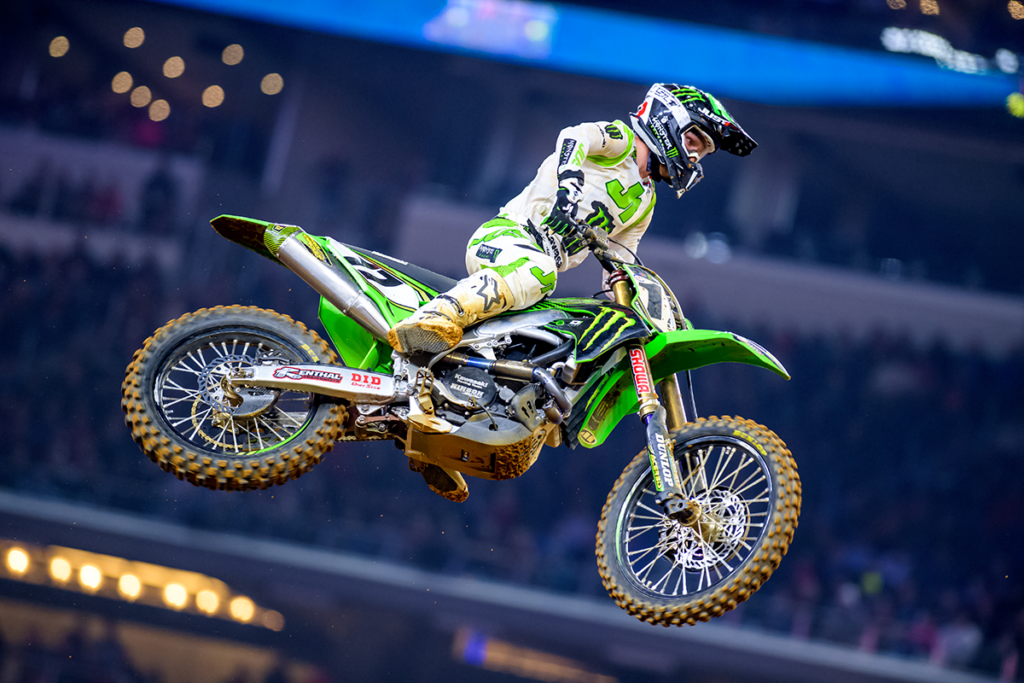 The largest international Supercross and action sports event in the world outside of the USA, the Monster Energy AUS-X Open Melbourne, will feature the world’s best riders going head-to-head on a full-sized World Championship style Supercross track for the first time ever inside Marvel Stadium. It will also be an engineering feat, arguably unmatched by any Supercross event in the world, as supports imported and constructed in the lower level carpark, prepare to handle the immense pressure of up to 6,000 tonnes of dirt, machinery and infrastructure, all positioned within Australia’s largest indoor stadium.

Featuring live music and entertainment, stunning pyrotechnics and the world’s best freestyle motocross riders battling to win the best-trick and best-whip competitions; the Monster Energy AUS-X Open Melbourne is an incredible entertainment spectacle for all ages.

Tickets go on sale today at 12pm via Ticketmaster.com.au and start from $39.95*.

The AUS-X Open Melbourne is the final round of the Australian Supercross Championship and is sanctioned by Motorcycling Australia (MA).

Stay tuned to S-X Open Supercross (@sxopensupercross) on social media for some truly amazing upcoming announcements that are sure to blow fans away in 2019 at Marvel Stadium. 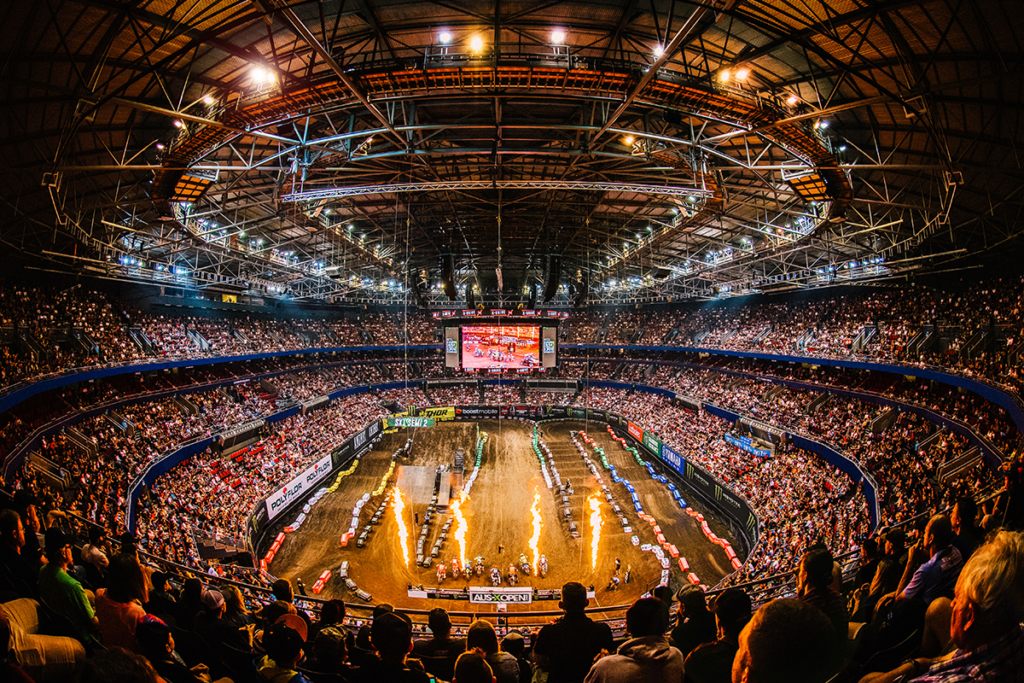