You are here: Home / News / Todd perfect in Pirelli MX2 class
Back 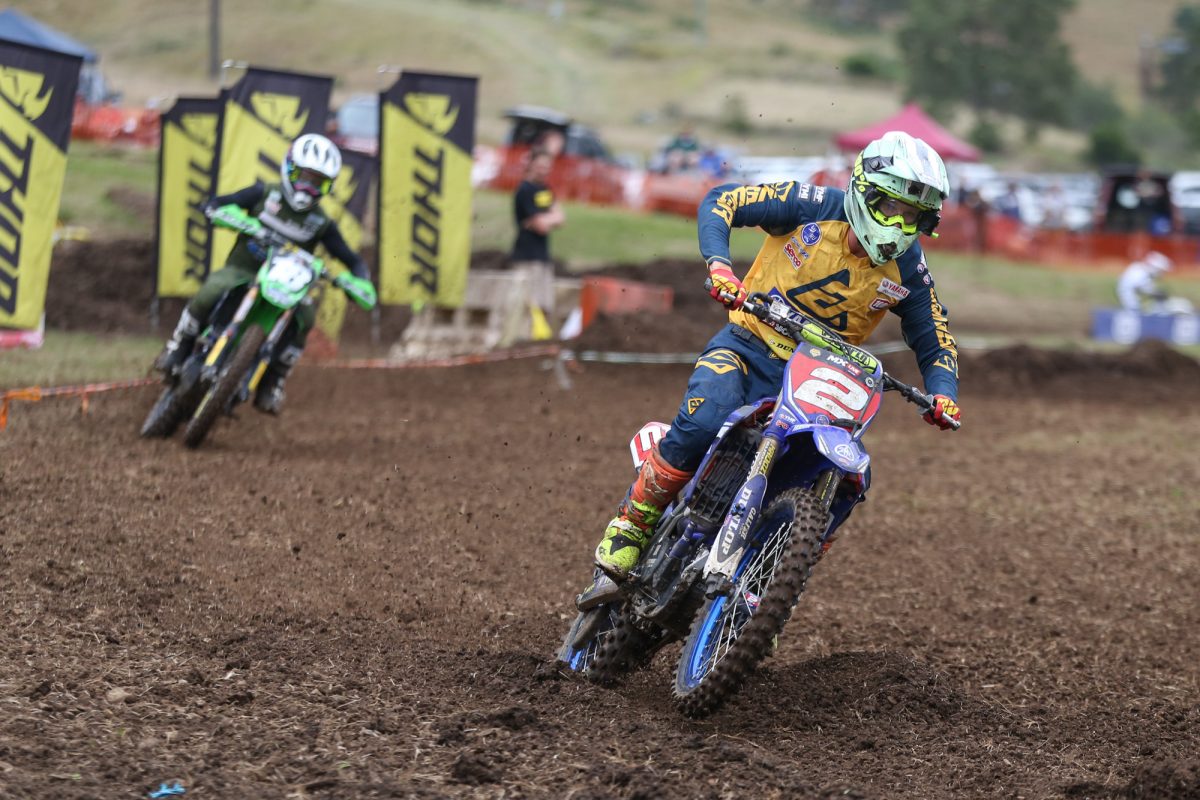 Fresh off the five-week mid-season break, Serco Yamaha’s Pirelli MX2 championship leader Wilson Todd has continued to extend his series lead with a brace of race victories around the fast, flowing Conondale hills.

After setting the pace in qualifying, Todd claimed the holeshot of the opening race, but was quickly overtaken by Tanti before a small crash on the sixth lap allowed Todd to again earn the lead. Todd pulled an impressive 14-second lead over Tanti by the end of the race, with Yamalube Yamaha pilot Jay Wilson in third. Dylan Wills (DPH Motorsport Husqvarna) and Webster rounded out the top five.

In the Pirelli MX2’s second outing, Tanti and Webster diced several times in the opening lap before a surging Todd took command of the race in on lap two and was never headed on his way to a 9.5-second victory. Tanti stormed home to a second runner-up place for the day, with Webster third. Davey Motorsports KTM’s Hamish Harwood and Wills finished fourth and fifth respectively.

The 2018 Pirelli MX Nationals will recommence at Ranch MX, NSW, for the second double-header event, on 14-15 July.