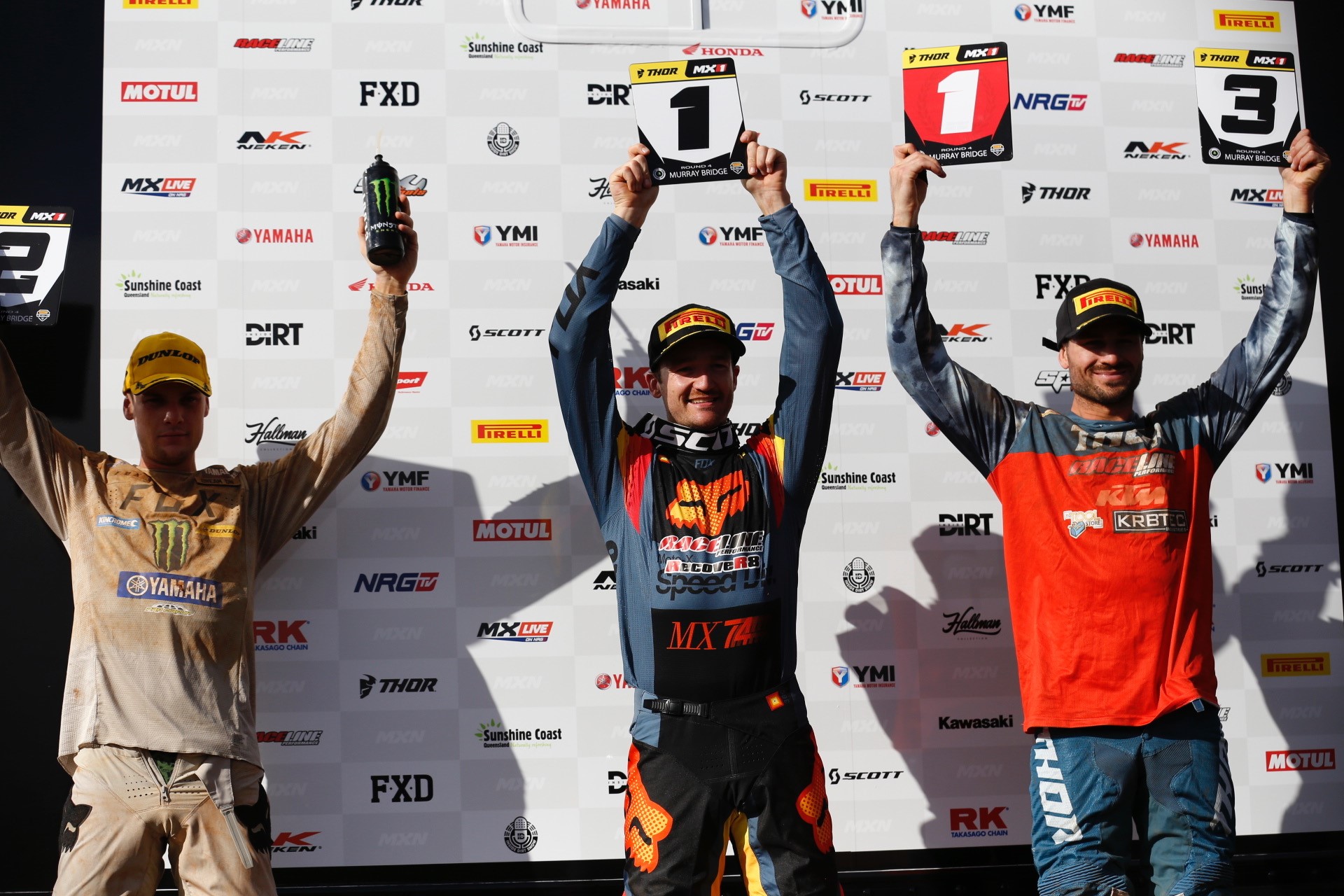 Murray Bridge played host to the first of this year double header rounds on the weekend, the event was nothing short of a total success with fantastic racing showcased across both days and all classes.

The Thor MX1 class roared into life Saturday morning, consisting of practise/qualifying and a two moto format, Luke Clout took out Superpole in the morning before the number 1 plate of Dean Ferris would prove his dominance, in both moto’s and go on for a clean sweep for Satuday ahead of Luke Clout and Hayden Mellross.

Sunday would see the Thor MX1 class challenged with the three moto format, consisting of practice/qualifying in the morning followed by two back to back gruelling moto’s then a traditional moto in the afternoon.

Dean Ferris took out Superpole but went onto struggle throughout the day while Luke Clout dominated both the back to back moto’s, and finished a soild second in the afternoon moto behind a very strong Todd Waters. 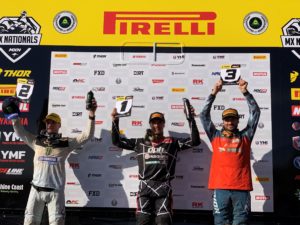 If you missed any of the action from across the weekend watch it on demand via www.nrgtv.com.au