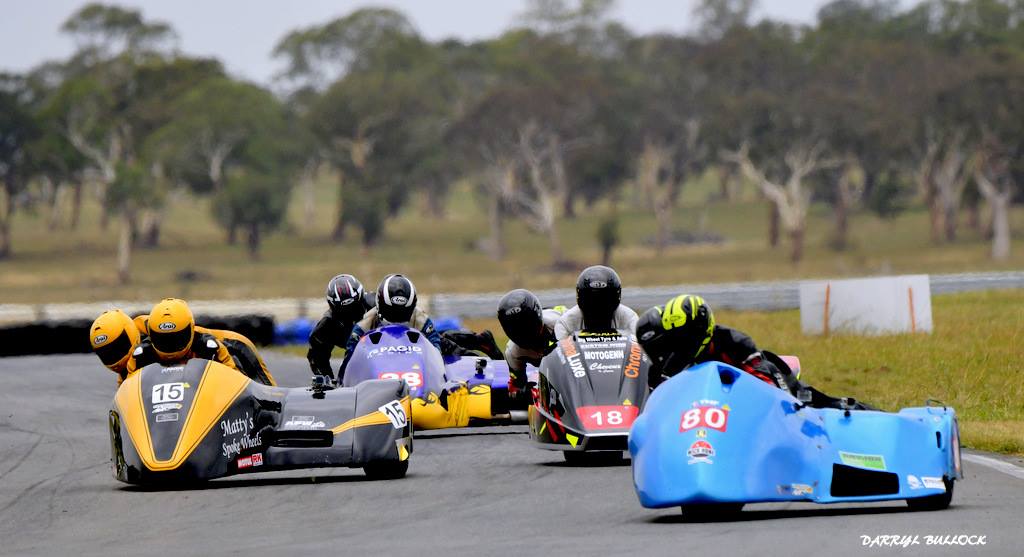 F1 and F2 Sidecar racing will return to the 2019 Motul Pirelli Australian Superbike Championship (ASBK) this weekend, with Spokes.com.au presents Round 5 at Winton Motor Raceway to host Round 3 of the Horsell Australian F1 and F2 Sidecar Championship; adding another exciting addition to an already action-packed schedule. Australia’s most daring men and women on three wheels will once again thrill the crowd with their spectacular form of racing, so ASBK spoke to New Zealand F2 newcomer Tracey Bryan to get her take on what to expect for Winton.

This is your first round of the Australian Sidecar Championship, welcome! Are you excited to get out on track here in Australia?

It’s going to be interesting for me because I haven’t been on a sidecar since June. I went over to The Netherlands and was a passenger for a French female competitor in the Tourist Trophy in a road race over there. Matty [McKinnon] and I have never raced together, but I know him through racing circles. The bike is set-up well and we’ve gelled together, so it won’t be an issue.

Pat Clancy/Steve Bonney currently hold the F2 Championship with a 35-point lead; how tough will the competition will be at Winton?

There will be some stiff competition, Mick Alton and Chrissie Clancy are experienced riders who have won the Australian F2 Championship multiple times and Pat Clancy and Steve Bonney have a strong lead, but I expect Matt and I will be right up the top. Matt currently has 75 points, so with a consistent weekend, we can make up some valuable points.  I’ve never done an ASBK round before and I’ve never been to Winton, so it’s all a bit new for me. I really looking forward to it. 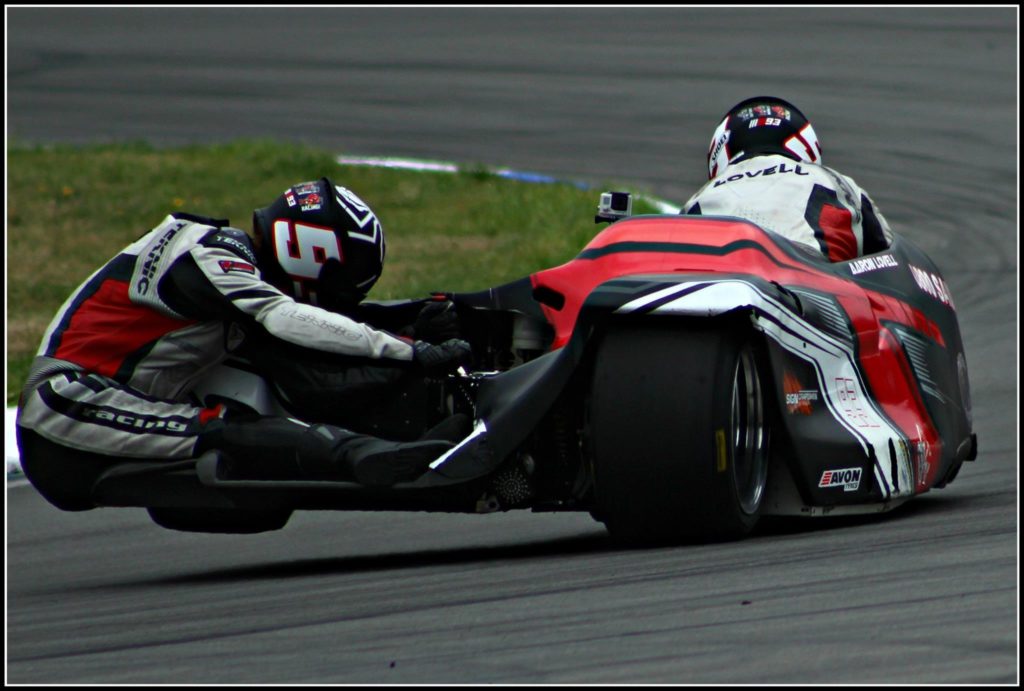 How did you become involved in sidecar racing?

My dad raced before I was born, then he started racing with my brother. Then one day my brother broke his shoulder around 15 years ago, so I stepped in to fill the void. Until then I never ever considered getting on a sidecar, and I’ve loved it ever since. I had a friend who was riding, and we bought a $500 sidecar, so I rode, and she was the passenger. We were the first all-female team in Australasia to road race in a sidecar but were pretty bad to start off with as we kept getting lapped.

Is sidecar racing growing in New Zealand and Australia?

We’re starting to import more sidecars from the UK and Europe, so it’s definitely growing for an expensive sport. Competitors in New Zealand and Australia are really passionate about sidecar racing.

Don’t miss all the Horsell Australian Sidecar racing action this weekend. WA’s Joyce/Blackman and QLD’s Turner brothers are giving 2018 Champions Ford/Menzies a run for their money this year. Current standings after 2 rounds are Joyce/Blackman 136 points, Turner brothers 135 points and Ford/Menzies 104 points. Bayliss/Wilson sit in 4th with 89 points. Brown/Sheldrick and Underwood/Ford missed out on Round 2 and will need to gain some valuable points at Winton. The Beare brothers are also hitting the tarmac after missing Rounds 1 and 2.

In the F2 action, current leaders P Clancy/Bonney reunite for Round 3 after Bonney raced the Isle of Man with former Australian Champion, Mick Alton; the trip forced Alton to miss Round 2 with swinger, Chrissie Clancy. J Clancy/Grubb and Reynolds/Warne are also in contention with 102 and 99 points respectively.

Tickets are now on sale for Spokes.com.au presents Round 5 of 2019 Motul Pirelli Australian Superbike Championship at Winton Motor Raceway.

Head to ASBK.com.au for more info or to purchase.