You are here: Home / News / RecoveR8 Team Australia take control in Portugal ISDE day one!
Back 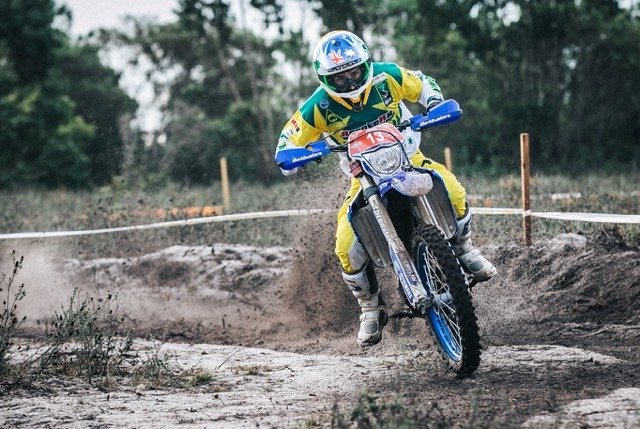 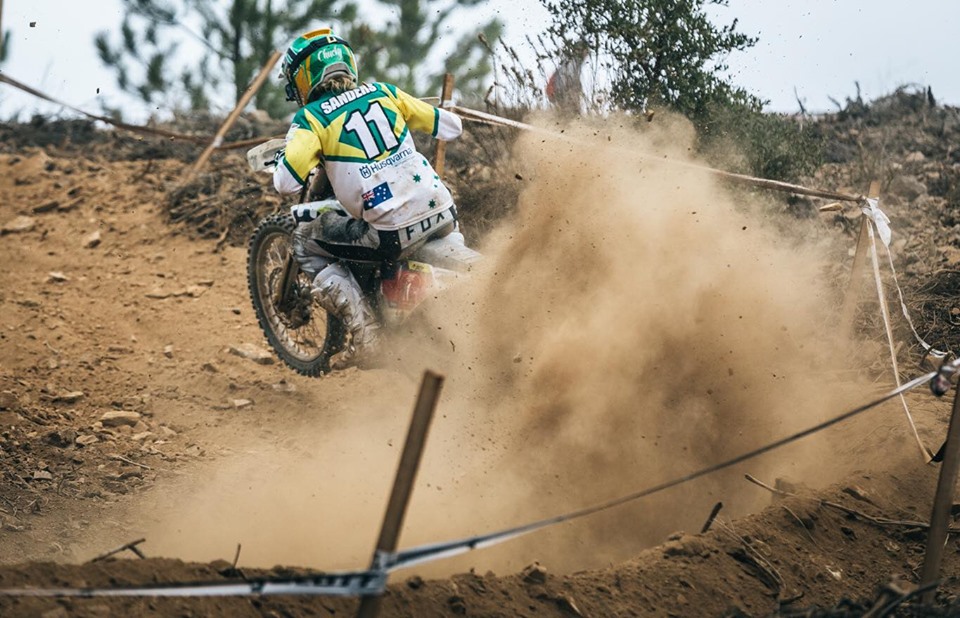 Day one of the 2019 FIM International Six Day Enduro (ISDE) is in the books and RecoveR8 Team Australia have emerged from the opening day leading the World Trophy and Junior Trophy Teams, with the Women’s Trophy Team currently sitting a very strong third.

Setting off early Monday morning from the Algarve Motorsports Park after overnight rain and morning drizzle dampening the expected dusty conditions, RecoveR8 Team Australia was amongst the thirty teams and six hundred individual riders taking to the track for six days of world class competition. Riders completed two demanding laps at a total of seven tests, with six controls four of which were remote and covered 300km in distance. 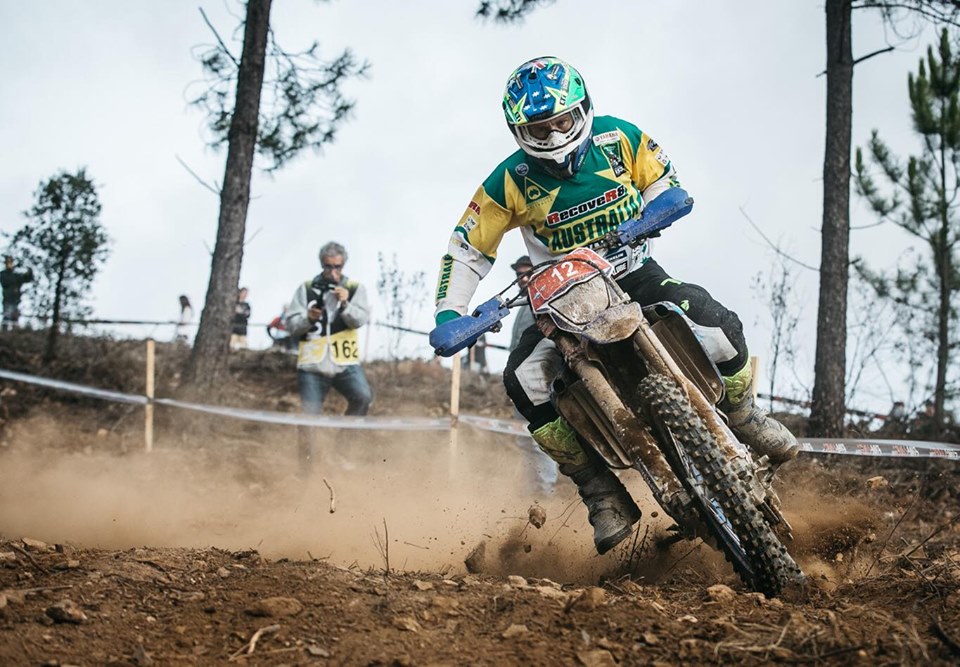 At the conclusion of day one the RecoveR8 Team Australia World Trophy Team have picked up where they left off in 2018, the defending champions leading the World’s best at the ISDE, finishing day one in first place overall. With nineteen seconds separating Australia to the USA currently in second place, day one also saw fantastic Individual results as Daniel Sanders dominated in E3, winning five of the seven special tests, the Husqvarna rider winning the class by one minute and forty seven seconds ahead of Italy’s Rudy Moroni. Josh Green would finish the day in sixth position in E2, only thirty seven seconds off the lead rider being Taylor Robert of the USA, whilst Luke Styke would finish E1 in fifth overall. Matthew Philips would finish 9th overall in E2 and 33rd outright, Philips looking to build momentum and confidence throughout the week after his return from injury.

Sanders spoke to Motorcycling Australia regarding his fantastic start to day one, noting: “It was a nice clean run through all the tests today for me and I felt great on the bike. It has given me a handy lead in the class and a great start for Team Australia as we lead by nineteen seconds overall. I’m excited for the rest of the week and we are to go for tomorrow.” 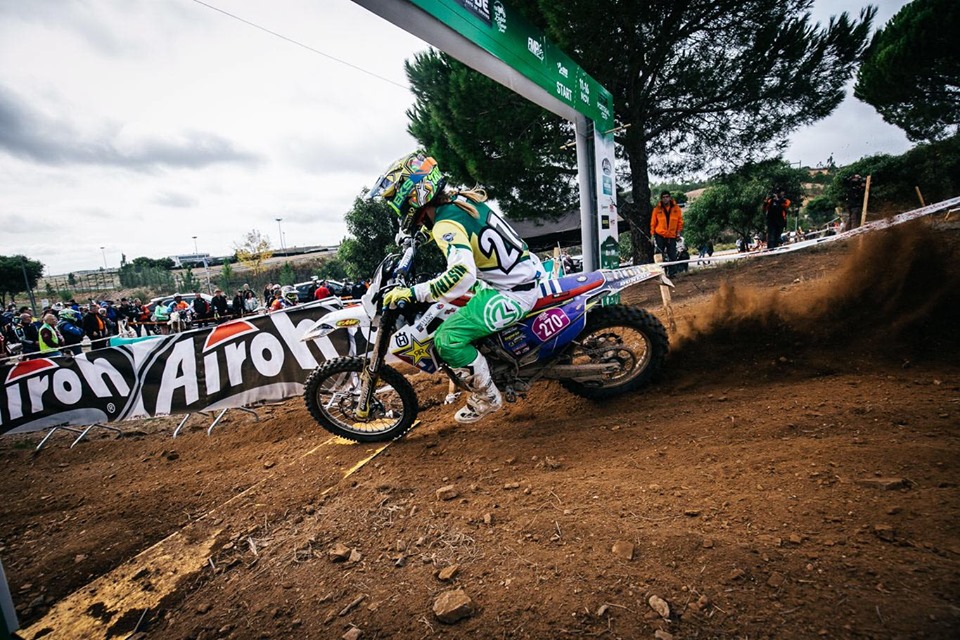 The RecoveR8 Women’s Trophy Team fought hard throughout the opening days events, emerging in third position overall on the challenging Portugese Terrain. Both Tayla Jones and Jessica Gardner would finish in the top five outright with third and fifth positions respectively. After a slow start from the opening test finishing in tenth, Jones would go on to finish a day best third in the fifth test with Jessica Gardner running a day best fourth in the third test. Jones now sits one minute thirty four seconds behind USA’s Brandy Richards, currently leading. Makenzie Tricker would finish in eleventh position outright for day one.

Reflecting on the days events, Tayla Jones had this to say to MA:
“I really struggled at the start of today, I felt slow and couldn’t find a groove. By the end of the day I improved a little to end up third outright. I’m hoping through the week we can get all get faster and challenge for the win.” 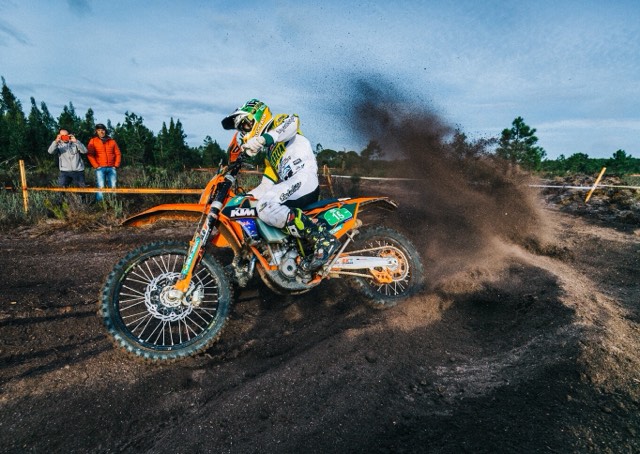 Leaving the sandy Portugese tests in their wake, the RecoveR8 Junior Trophy Team have dominated day ones proceedings, leading the USA in second by one minute and fourteen seconds. Fraser Higlett currently leads the Junior Trophy after day one and also sits a remarkable seventh outright. Lyndon Snodgrass is not far behind sitting 6th overall in E1, with Michael Driscoll sitting in 9th overall in E2.

Stay tuned for more coverage over the next two weeks of the 2019 ISDE from Portugal as both our Trophy and Women’s Teams fight to defend their 2018 ISDE Championships!