Price crowned Finke King of the Desert for Sixth Time

You are here: Home / News / Price crowned Finke King of the Desert for Sixth Time
Back 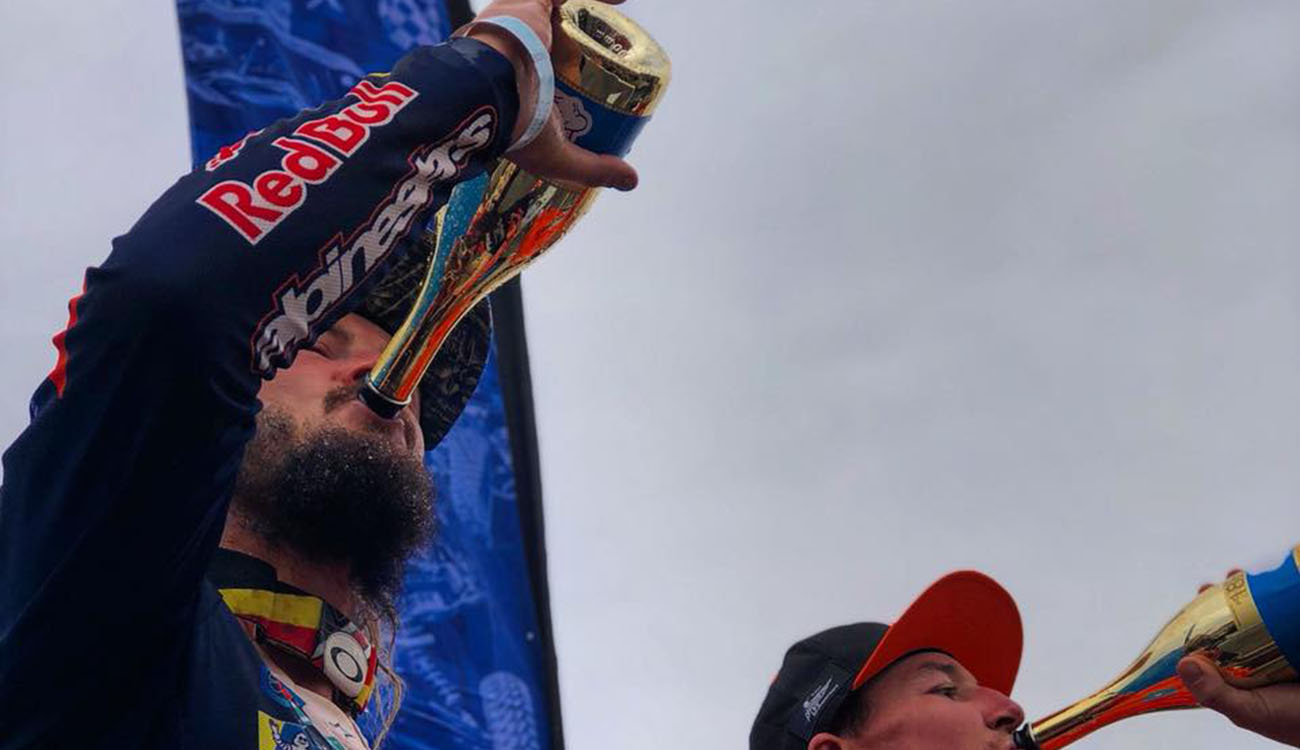 2016 Dakar Champion Toby Price (#295 KTM 500 EXC-F) has added another
Tatts Finke Desert Race title to his name, being crowned King of the Desert for
the sixth time in nine years today in Alice Springs.

Price managed to seal the win despite falling off his bike with 100 kilometres to
go, taking victory after a 1 hour 57 minutes and 39.5 second journey back from
Finke today.

The Red Bull racer crossed the line over 10 minutes ahead of Alice Spring’s David
Walsh (#299 KTM 500 EXC-F) in second place.

“2010 was a surprise and who would have thought we’d be here celebrating
number six today,” Price said.

“I love coming back to Finke and playing in the red dirt, it’s always a good time.

“We’re pumped to have got another win… David made it pretty hard for us and
we definitely had to push on the way home because from where David came
from yesterday, I thought he was definitely going to push today.

“We tried to push hard but the track was brutal and we had an off at the 100km
mark, which rattled us a little bit and scratched the helmet up. I’ve got a bit of a
sore neck, but we’re here, we’re happy and I haven’t got a bad time so I can’t
complain.”

The win was sweet solace to Price after recording a DNF in his trophy truck this
morning, putting an end to his promising Iron Man Double campaign.
“Unfortunately we blew a power steering pump,” Price explained.

“I’m a pretty big guy but it would have wrecked my bike race if I had tried to
wheel the truck back, so we had to park the truck on the side of the track and
chopper our way back to Finke and set out to try and win for the sixth time out
here.”

Local Walsh was depleted of energy upon arrival in Alice Springs and was happy
to make the podium after a gruelling weekend. The KTM rider was greeted by a
huge cheer from family and local fans.

The Victorian finished fourth on Sunday and moved through the field in an
impressive 2 hours, 12 minutes and 22.5 seconds today.

Full results for the 2018 Tatts Finke Desert Race can be found via
finkedesertrace.com.au