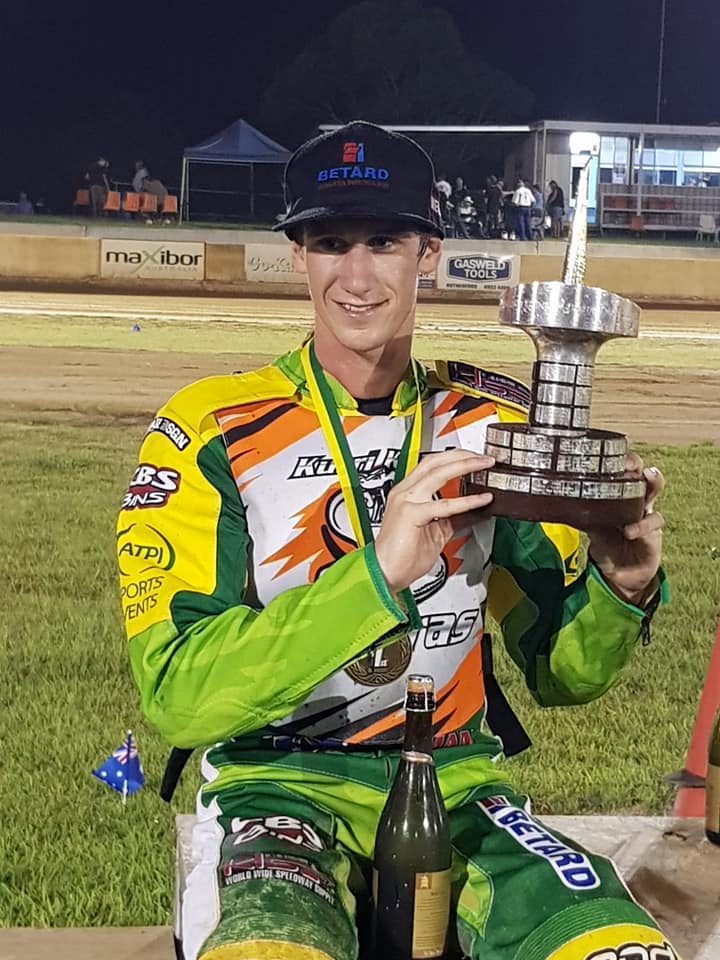 It was a Cinderella story down at the Loxford Park Speedway, Kurri Kurri yesterday evening, as Australia’s top three riders, including a World Champion, reigning Australian Champion and determined up-and-comer battled it out for glory. Fans didn’t need to wait for the A Final though, with history already made when Max Fricke produced enough points in his final heats to make defeat impossible.

Kurri Kurri, New South Wales, closed off the Championship in typical Speedway style, with temperatures reaching well into the high 30’s all evening. The mounting pressure on the Kurri Kurri Speedway Club to maintain the track, alongside the pressure on riders to maintain their cool were major factors throughout the evening. Jaimon Lidsey reflected this mounting of pressure, retiring from his fourth heat of the evening. Lidsey otherwise had a difficult run at Round 5 of the 2019 Australian Senior Solo Speedway Championship, scoring three seconds and a third-place finish, ending the Championship in seventh place on 45 points. Settling in behind Lidsey in eighth-place was Nick Morris, also on 45 points, who finished his heats with a win, plus three seconds and a third.

Taking out sixth place in the 2019 Championship was Brady Kurtz, a late bloomer in the Championship but one to keep an eye out for in next year’s Championship! Kurtz had an eventful evening, taking out two wins, two seconds and a fourth-place finish, which qualified him into the B Final. Scoring a total of 51 points, Kurtz just couldn’t hold onto the momentum, finishing the qualifier in fourth place. Ahead of Kurtz in fifth place overall was Jack Holder, with 52 points. Fiery and jesting in nature, Holder maintained his position in the finals but simply couldn’t push past the three Kings, Rohan Tungate, Chris Holder and Fricke, to make it onto the podium.  Upon the close of Round 5, Holder had to be content with a qualification into the B Final, plus one win, two seconds and two thirds during his heats.

Coming in at fourth overall was Sam Masters, who made himself a dominant figure throughout this entire season. Masters’ efforts tonight with three wins, one second and one third place finish qualified him straight into the A Final. Masters closed off the Championship on 53 points and a third-place finish in the A Final, and will no doubt be a huge feature in next year’s Championship season!

Well ahead on 70 points and taking his well earnt place in third was Chris Holder, who fought tooth and nail throughout the Championship to take out the bronze. Keeping his fans on the edge of their seats during Round 5, Holder nabbed two wins and three second place finishes during his heats to qualify into the B Final. Up against his younger brother, Kurtz and Morris, there was simply no stopping Holder on his campaign to land himself into the A Final. Holder’s hunger for gold though could not match up to Rohan Tungate, Masters or Fricke in the A Final, and he settled instead for a fourth-place finish and enough points to comfortably land in third place overall.

Six points behind first and indisputably the fastest rider on track, reigning Champion Tungate took out second place overall in the Championship with 77 points. Tungate delivered an unforgettable performance at Kurri Kurri, winning all his respective heats and just too fast for Fricke in the A Final. Blazing a trail like a demon at the handlebars, Tungate was a ferocious competitor all evening but that six-point lead maintained by Fricke just couldn’t be beat.

“I came out with a plan and everything went to accordingly. I did everything I could and won all my races, so I achieved my goal in the end! Max rode well all meeting and all series, and you simply can’t take that away from him. I can sleep well knowing I rode him hard, and so did Chris. It’s been a hard Championship, and Max fought hard for it, so he deserves it,” explained Tungate, reflecting on the closing round of the Championship. 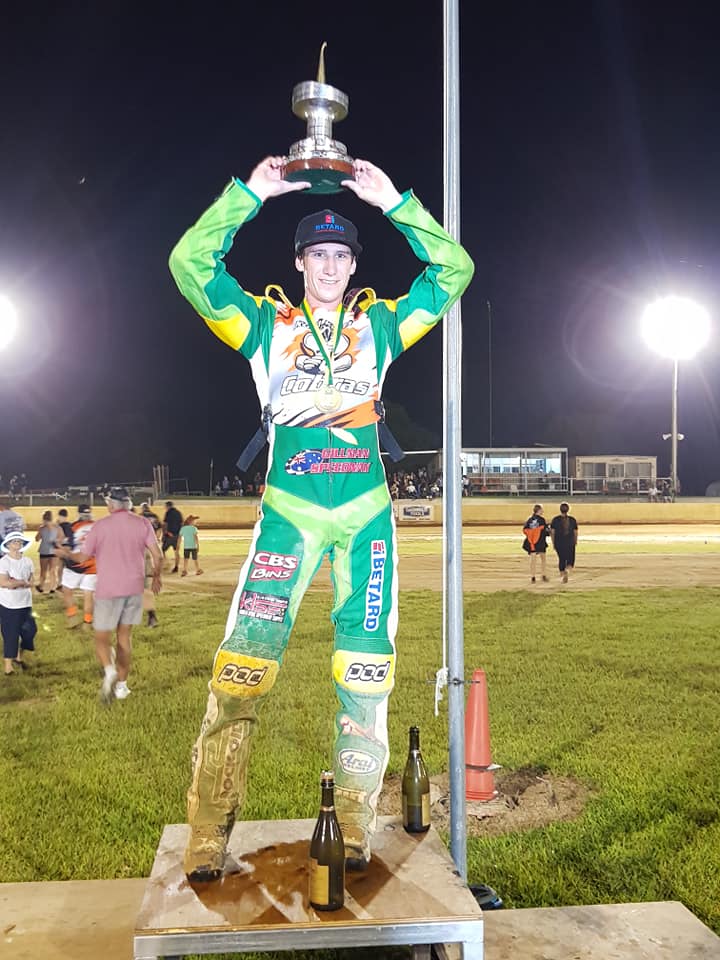 In first place, and on a picturesque 83 points, was 22-year-old Fricke. Adding the Australian Senior Solo Speedway Champion title to his already impressive CV has done nothing to impact his mentality and humility, with the Mansfield local quick to remind himself and his fans that the goal of a World Championship is a long way into the future. Fricke finished Round 5 off with four wins and one second place finish during his heats, and a second-place finish in the A Final behind the lightning fast Tungate.

“There’s some great talent that have won the Championship in the past, so it’s an honour to have my name on the list,” gushed Fricke.

Reflecting on the past five rounds and his new Championship title, Fricke explained; “It’s been a really close championship between myself, Rohan and Chris right from the get-go. It’s been a great Championship and I am unbelievably happy to now be named the Champion.

“All the clubs have done such a great job this championship and everything has worked out really well!

“I hope to look to add a GP World Championship but I think that’s a long way into the future, so I just need to continue improving and hopefully a goal like that can be achievable,” highlighted Fricke.

Watch the HD replay below! 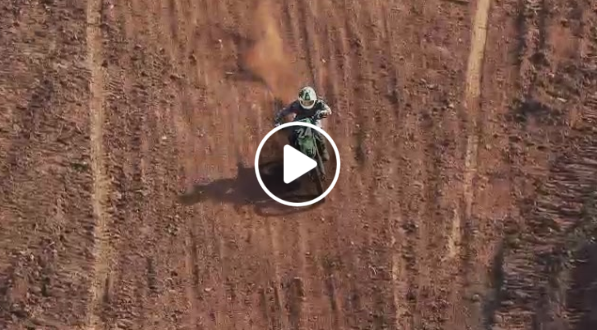