You are here: Home / News / New Team Australia riders announced for FIM Speedway of Nations
Back

Australia’s Team for Race Off 2 of the 2019 Monster Energy FIM Speedway of Nations (SoN) in Manchester, United Kingdom (UK) this weekend has required a reshuffle, after former Team Australia captain, Jason Doyle, suffered a broken rib and punctured lung during a race in Poland last Monday.

Kicking off in Manchester this Saturday 11th May from 7:04PM (GMT +1), Race Off 2 will see Team Australia’s Kangaroos will battle it out against Great Britain, Denmark, USA, Latvia, France and Finland for one of the three remaining spots in the finals.

Fans back home ‘down under’ can witness the ‘Roo’s’ in all their glory thanks to Fox Sports, who will air live coverage of the event on Sunday 12th May at 4AM (AEST) via Foxtel channels 506 HD and 260. Fox Sports will additionally feature a replay of Race Off 2 from 12:55PM (AEST) on Sunday 12th May on channels 506 HD and 206, should you accidentally miss your 4AM alarm.

This weekend’s racing is without a doubt not to be missed, as our Speedway legends go head to head with triple Speedway World Champion, Tai Woffinden, and former FIM Speedway Grand Prix star, Craig Cook. 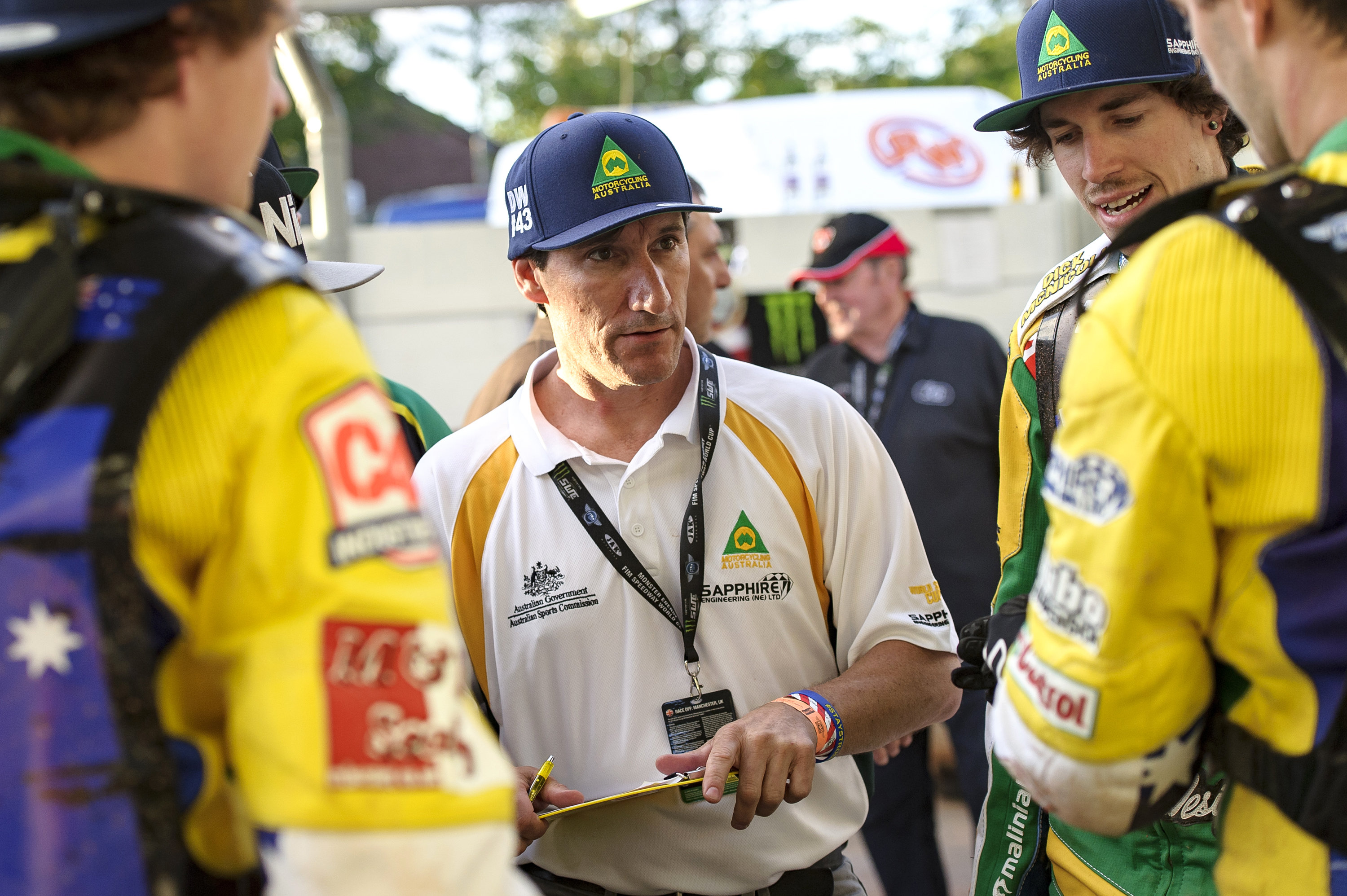 Team Australia Manager, Mark Lemon, sat down with Motorcycling Australia (MA) earlier this week to reflect on the Kangaroo’s long history in the Speedway of Nations (formerly known as Speedway World Cup).

How has Speedway of Nations (Speedway World Cup) evolved over your time with Team Australia?
Quite a lot to be fair, from the change of name to the composition of the racing format, which has also radically changed. One thing remains the same though – the rider’s passion to race for their country, which is as strong as ever.

How hard is it for Team Australia, who are the only Southern Hemisphere team, in Speedway of Nations?
It has it challenges with most of the riders being based in Europe, but they soon become accustomed to the life on the other side of the world. It’s tough being so far away from home and lacking any home track advantage and local support. In saying that, when the team get together, the spirit in the camp is unbeatable and any thoughts of missing home soil are soon forgotten.

Australia last won Speedway of Nations (Speedway World Cup) back in 2014, totalling 11 wins since 1976. How are you all feeling coming into this year’s event?
It’s been too way long, and we haven’t had the rub of the green in recent times. Losing Jason Doyle due to injury one week before the Race Off isn’t ideal going into this year’s competition either! Luckily, we have strength in depth with Chris Holder, Max Fricke and U21 representative Jaimon Lidsey, and have as good a chance of winning as any of the other nations. Wish us luck! 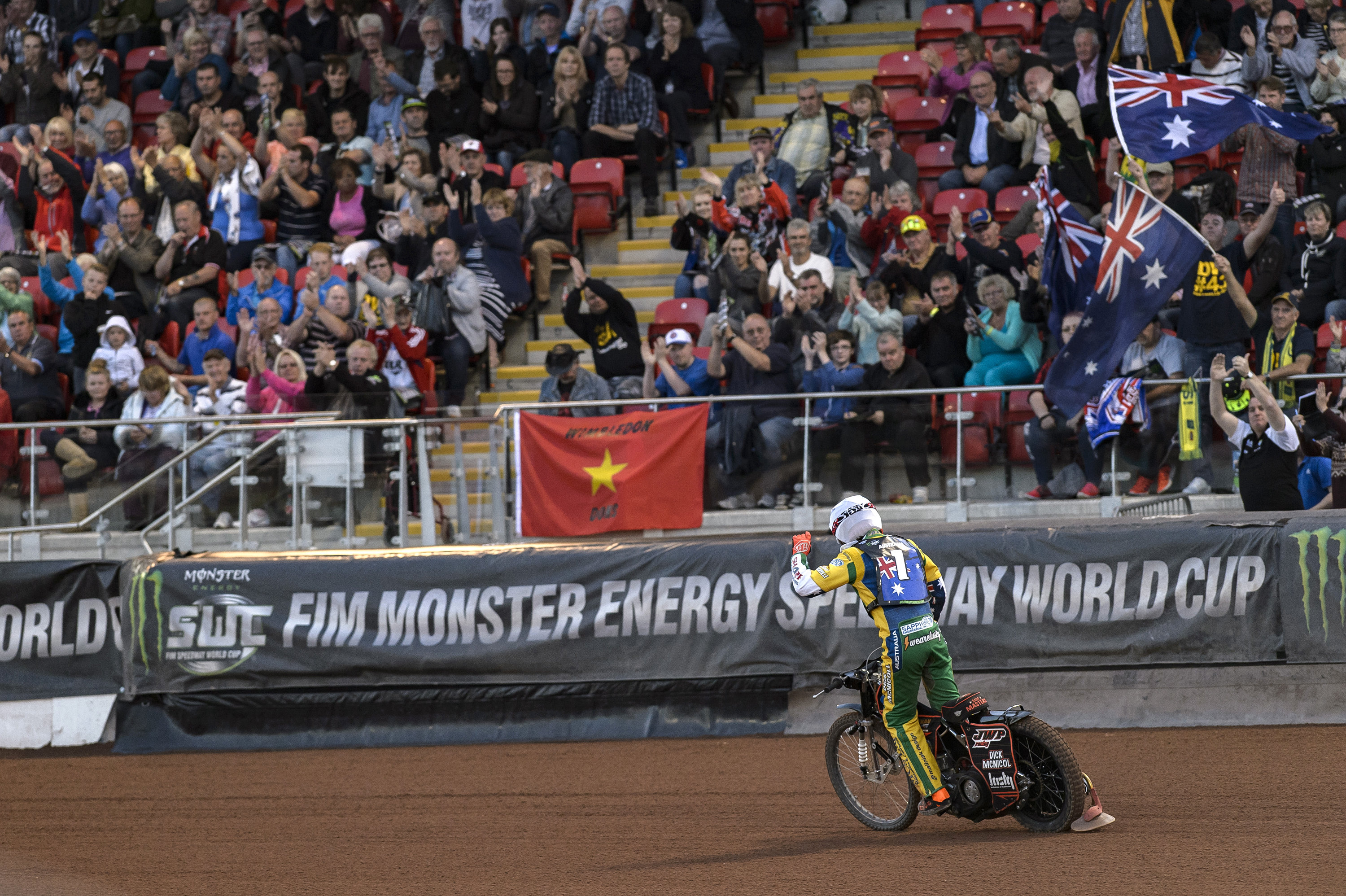 MA wishes Team Australia all the very best for this weekend’s racing as they go up against  Great Britain, Denmark, USA, Latvia, France and Finland. Keep an eye on ma.org.au and the Australian Speedway Championships Facebook page for further updates on Team Australia’s journey this weekend and beyond for the 2019 SoN.