You are here: Home / News / Mitchell Evans impresses in Mantova mudder
Back 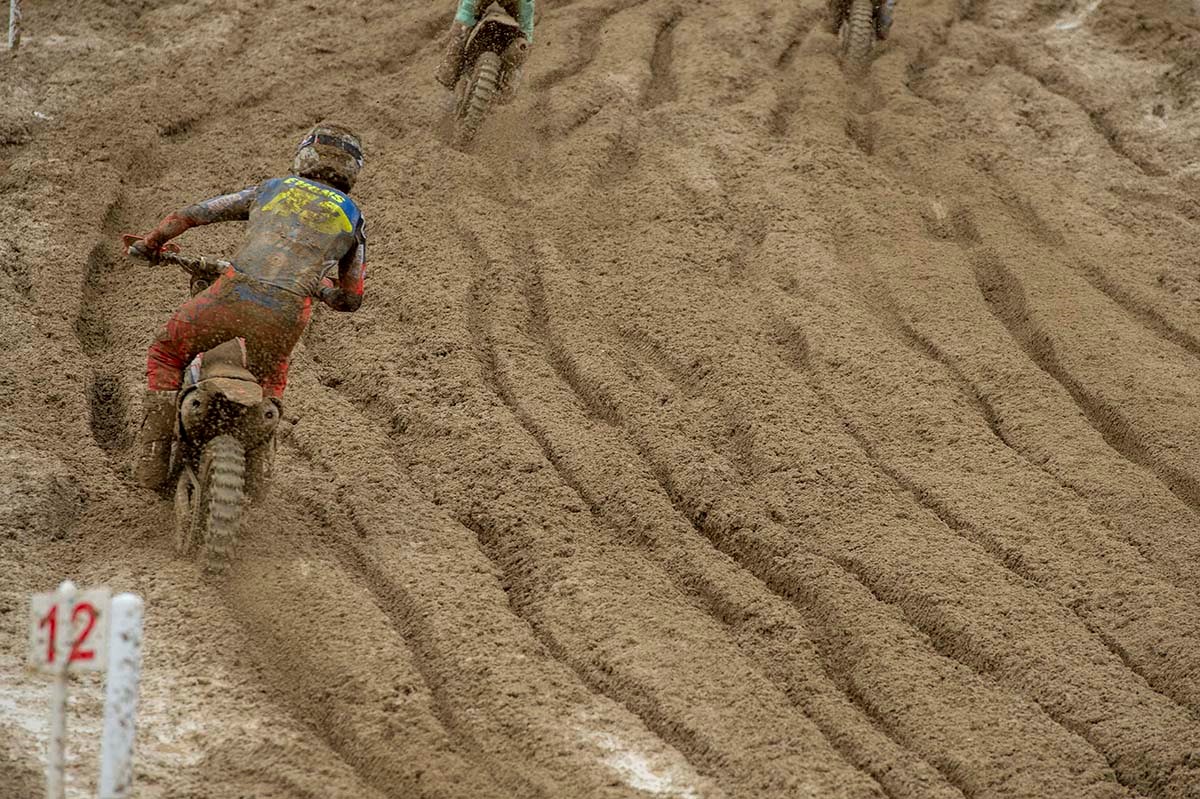 The Honda 114 Motorsports outfit were back in action over the weekend, as the fifth stop on the 2019 FIM Motocross World Championship calendar was run within the tight confines of Mantova. Mitchell Evans and Zach Pichon both made progress in the long break, so were raring to go at the Grand Prix of Lombardia.

It was an intriguing start for Mitchell Evans, who was at the front in the MX2 qualifying race on Saturday and actually challenged the leader. Evans was also the quickest rider on track at points, much to the delight of his loyal supporters across the world, and eventually finished up in third, which left him with a good spot on the starting line for the points-paying motos. Those were run on a completely different track, as rain hit the facility overnight, so the start was even more important than it normally is.

A first-turn fall in the first MX2 moto certainly did not help Mitchell Evans, but he immediately put his head down and started charging forwards. Twenty-third was the position that he occupied at the end of lap one, but in the fourteen laps that followed he managed to claw his way to eighth in a rather impressive showing. The second moto following a similar pattern, as he hit the gate and had to fight through the field to take sixth at the chequered flag. Fourth was the position he acquired in the overall classification. 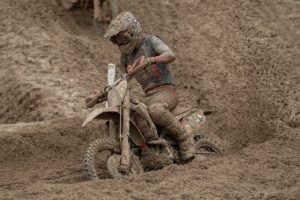 Mitchell Evans runs in eighth in the championship standings, entering round six of the 2019 FIM Motocross World Championship next weekend. Zachary Pichon, who did not race after hurting his foot in qualification on Saturday, is expected to return and join his teammate at the Portuguese venue of Agueda that will host round six.

Mitchell Evans: “I am happy to be back racing and see the improvements we have made over the break. Saturday was a good day, with a good start and third in the qualifying race. On Sunday I was feeling good and had a smile on my face about the tough conditions. Unfortunately, a crash in turn one of race one and hitting the gate in race two left me with a lot of ground to make up. I am happy with my riding in the tough conditions though and that I was able to make my way through the field for two good results. Thanks to my team!”

Livia Lancelot (Team Manager): “It was a good day overall. Difficult, but good. We started Saturday with a dry and fast track. Both riders were happy about their bikes, as we had a few weeks to improve our base and we found some better things on the track. This was our first bit of good news, then Mitch had a great start in qualifying race and that confirmed everything.

“Mitch had a great jump out of the gate in the first moto on Sunday, but crashed in the first corner. He came back from dead last to eighth place and got a sixth in the second one for fourth overall. This is a great result, so we are all focussed on the next one and we really hope to be back on the podium again soon.

“Unfortunately, Zach made a mistake on the last lap of the qualifying race and had to stop his weekend there. After some exams we did not find any damage to his ankle, so we hope that the pain will go away and he will be able to race at Agueda.”