You are here: Home / News / Joey’s on Highland Trail
Back 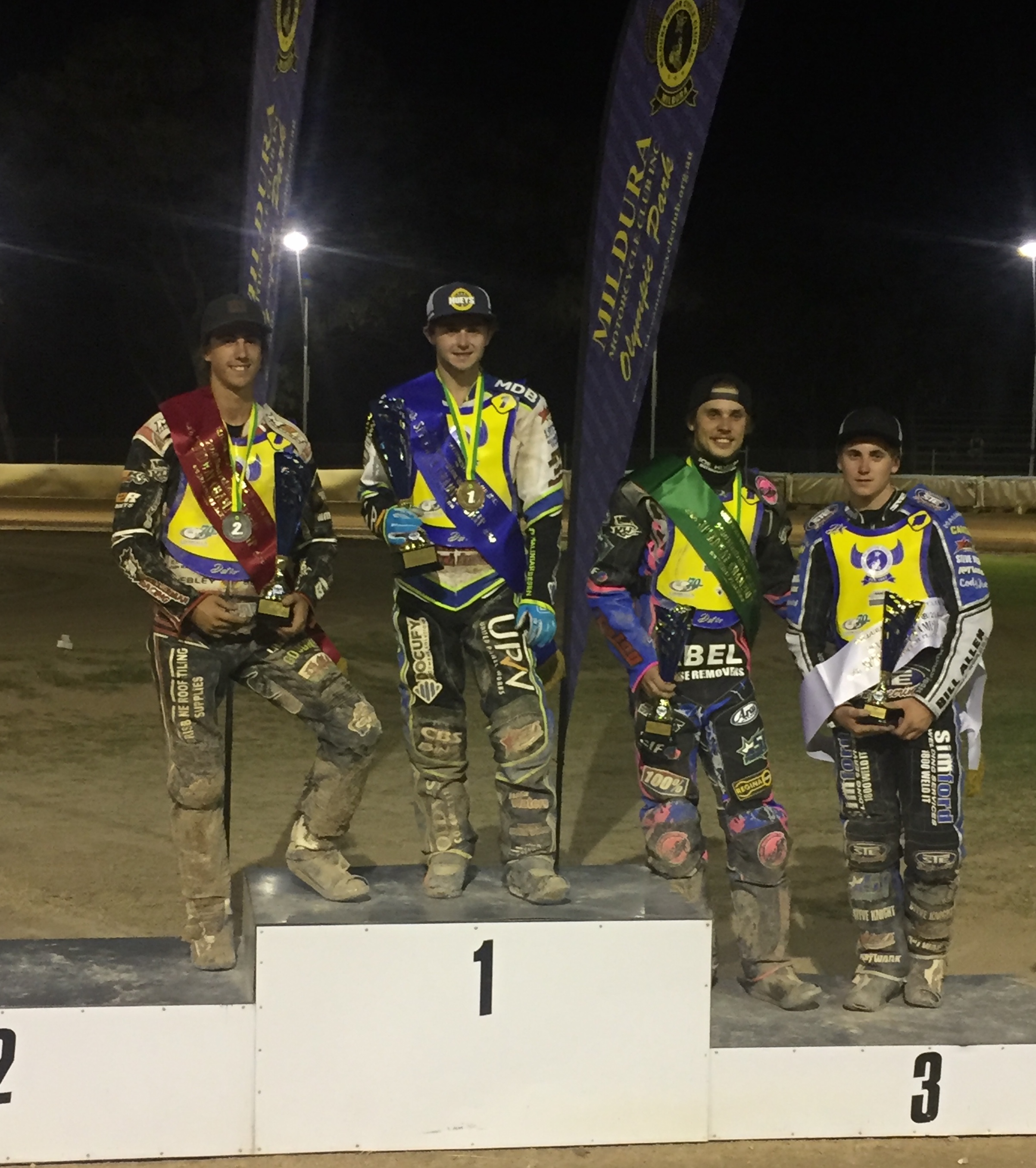 The Under 21 Australian speedway team, affectionately nicknamed the “Joey’s” has been handed a huge task of repeating the successes of the past two seasons silver medal winning teams.  This year’s team will feature current Australian Under 21 Champion, Jaimon Lidsey, who will also fulfil the role of team Captain following his reserve role in the recent Speedway of Nations competition.

Lidsey who competes in Poland’s 3rd tier league outfit, Rawicz, is only one of the two team riders named whom is currently competing in the Europe this season. The other is Victorian, Jordon Stewart, currently competing in the British League with the Redcar Bears. Both riders hail from Mildura and will be joined by Cooper Riordan, a fellow Milduran whilst Queenslanders, Zaine Kennedy and Kye Thompson complete the team.

Australian Speedway team manager, Mark Lemon, said: “It’s a big logistical ask of the boys just to make it to Scotland, let alone the challenge of reaching the final in Denmark on August 18. This is the first time this team will have had international team cup experience and for some, the first time racing overseas. There’s no doubt this competition will be a challenge but provide some great experience for the boys.

“We have five very motivated individuals who have excelled just by being able to travel to Glasgow to compete in the event. It will be an exciting day for the boys. They all have the potential to do well and we look forward to working as a unit and seeing what we can achieve; for the boys, they’re going to gain some invaluable experience.”

Team Australia have received some invaluable backing from Adelaide-based waste management company CBS Bins, Gillman Speedway as well as Motorcycling Australia and ATPI Sports Events in their quest to reach the FIM Team Speedway U21 World Championship Final and we are extremely grateful for their support.

The FIM Team Speedway U21 World Championship semi-finals will be conducted on 14th July.  Semi-final 1 will see nations Poland (current Champions), Sweden, Finland and the hosts Lativa, being staged in capital Riga.  Australia will compete in semi-final 2 against hosts nation Great Britain, Germany and the Czech Republic.

The winner from each round will progress directly to the final where they will meet the seeded Danish team and the top-scoring second placed team from the semi-finals on Saturday, August 18 in Outrup, Denmark.

Team Australia Under 21 Speedway line up;