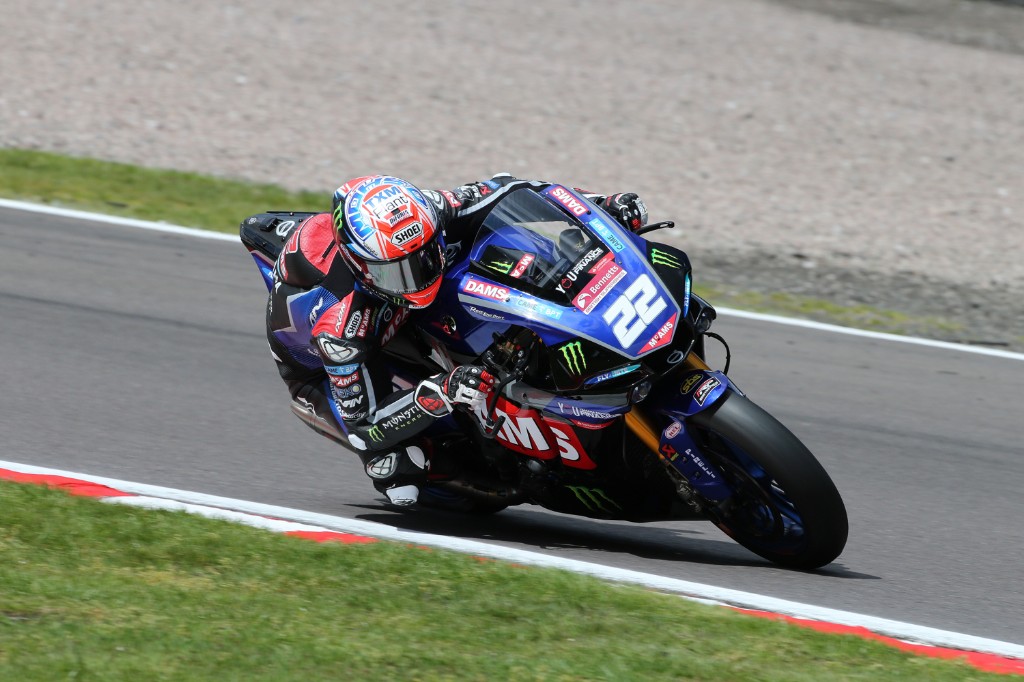 Market Rasen’s Jason O’Halloran recorded a fourth and seventh place in round two of the 2019 British Superbike championship at Oulton Park on May Monday and moves to ninth in the rider standings on 22 points.

Starting race one from a second row grid position the Australian rider held third place during the first half of the race but was overhauled by Danny Buchan on lap 10 and had to be content with fourth place at the flag.

O’Halloran set off from the front row at the start of race two but after completing the first three laps in third place he began to fall back and going into lap seven of 18 he was running in seventh place. He held his position until Keith Farmer made a pass on him with two laps to go. But O’Halloran was not to be denied and he fought back to snatch seventh place by the narrowest of margins – 29 thousandths of a second -at the line later revealing he was struggling with a fractured humerus sustained in the crash at last week’s Oulton Park test.

He said: “It’s good to score some points! I was really happy with fourth in race one, but in race two I struggled a bit and ended up seventh. We had to salvage as many points as we could after not scoring at Silverstone, but it wasn’t easy as unfortunately last week at the test I had a small slip off at Hizzy’s and fractured my right humerus just near my shoulder… I haven’t said a lot about it as I wanted to keep my head down and everyone focused on what we were doing, but riding Oulton Park with a slightly broken bone is not ideal. We’ve got a few weeks now before Donington, so I’ll keep on with the therapy, get fit and healthy and hopefully be back to full fitness.”

The next round is at Donington Park on the National circuit over the weekend of May 24/26.