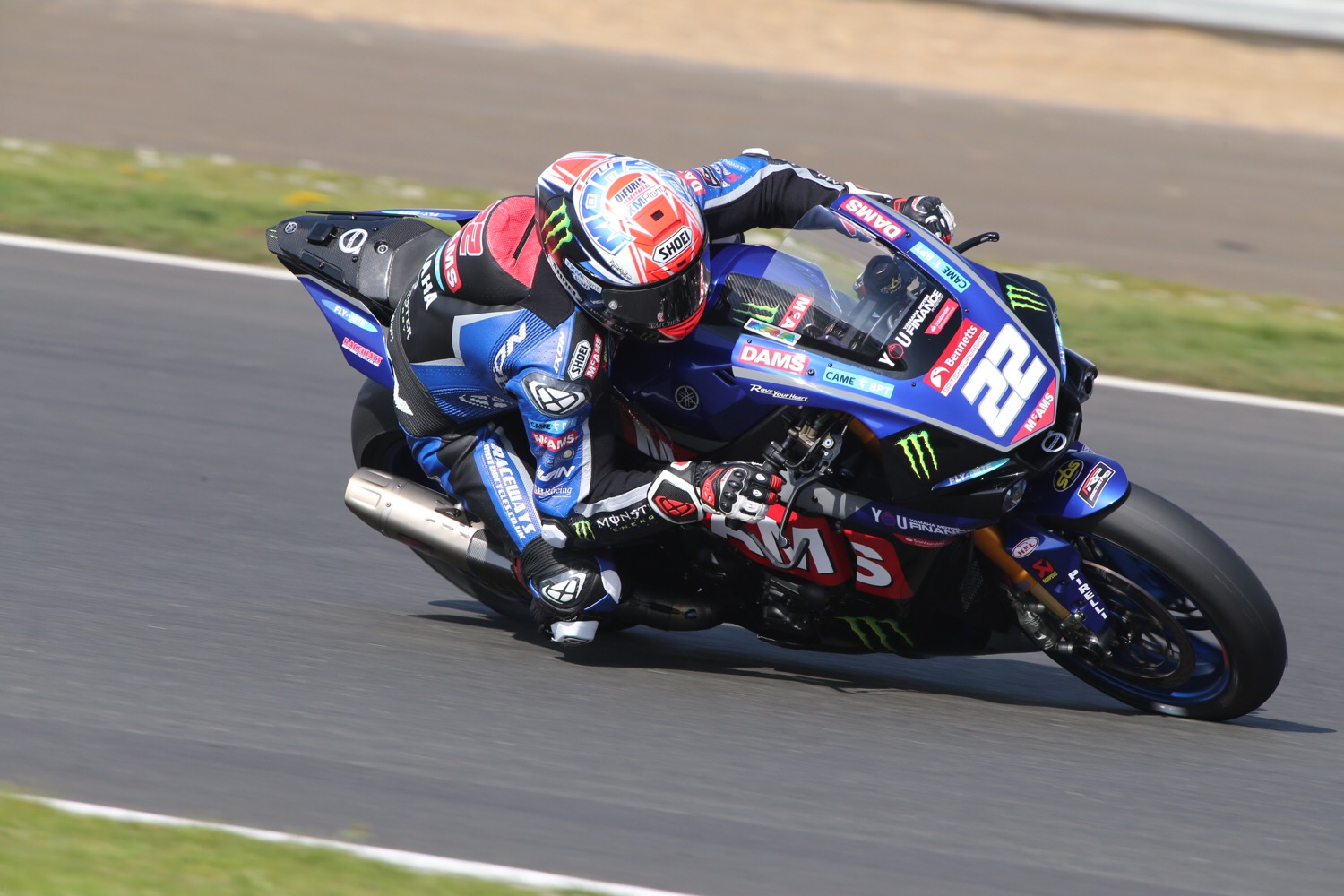 Jason O’Halloran heads to Cheshire for the second round of the British Superbike championship which takes place at Oulton Park over the May Day Bank Holiday.

He came away from Silverstone with no points in the bag as he was knocked off his bike while leading the first race on the last lap and was forced to pull out of race two with a technical issue with the McCAMS Yamaha.

He is determined he will get some points on board at Oulton Park and attended the official British Superbike test at Oulton last week where he was setting the pace and within the top five in the early laps. But after just 15 laps he suffered a small fall when he ran on at Hizzy’s chicane and knocked his shoulder. As a precaution he sat out the rest of the day before having some treatment with his physio and is now preparing for the weekend.

He explained: “We had a few electronic issues with the bike this morning but it was feeling good and the lap times were great straight away. Unfortunately At the end of the session I ran on at Hizzy’s and as the grass was wet I slipped off. It was the slowest crash ever but I landed on my shoulder a bit funny. When I went back out for the next session my shoulder hurt a lot so I decided to play it safe and called it a day.

“Silverstone was obviously a letdown for me in the end after so much promise; to lead pretty much all the first race and to end up with nothing wasn’t what I went there for, then we had the problem in race two, but I feel that we have a good pace and I’m chilled about it.

“I want a podium and I want to be winning; that’s not me being cocky but we have had good pace all pre-season and into the first round. We know that it won’t be easy, because it never is in BSB, but I love Oulton Park and had a podium there last year, so I am hoping it can be good for us. I feel ready to go and I am looking forward to the weekend.”