Australian riders competing internationally were again on the podium last weekend, while others announced vital contracts for their 2021 season.

Jack Miller – had a sensational ride at Valencia fighting to the last couple of hundred metres for the victory and only narrowly missing out for another gutsy effort by the Aussie, finishing in 2nd place.

Remy Gardner – having been extremely sick all week, used dogged determination in Moto2 to climb through the pack to finish in 7th place in an amazing effort. 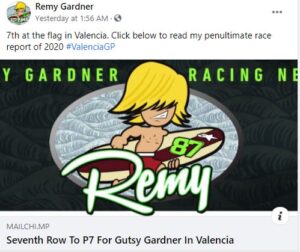 Bailey Malkiewkz – in his rookie season in MX2 finished the year on a high finishing 11th overall at the last round. 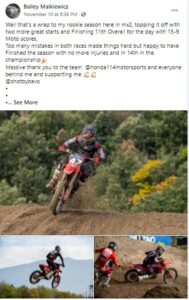 Jed Beaton – is still celebrating his seasons efforts looking back at 10 of his favourite photos from the year.

Mitch Evans – is back in Australia under hotel quarantine and providing fans with daily entertaining videos. We are sure a ‘bored in the house’ video is coming. 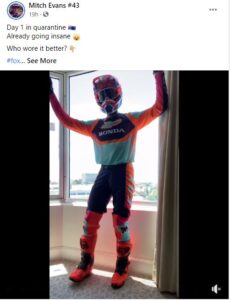 Jack Mahaffy – wrapped up his final race of the season at the Vallelunga Circuit Race and while he was disspointed with his results – P12 in race 1 and an excursion off track in race 2, the young Australia is positive about 2021. 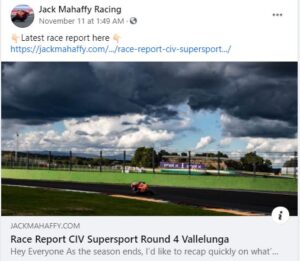 Will Riordan – finished 3rd on the weekend in the Rocky Mountain ATV-MC WORCS Series.

Our Australian riders competing overseas took to social media this week to announce their new contracts with European teams for the 2021 season.

Brady Kurtz – will be staying with Orzel Lodz for 2021. 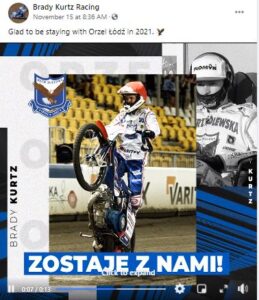 Brayden McGuinness – has made the hard decision to stay in Europe and not return home this Christmas. 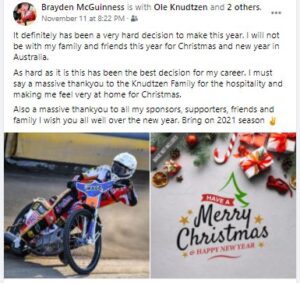 Chris Holder – has confirmed he will again be with Torun in 2021. 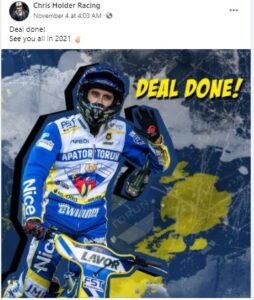 Max Fricke – has made the move to Falubaz Zielona Góra for 2021. 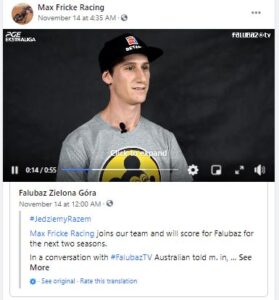 Jason Doyle – has confirmed he will be run for Unia Lesznoks in 2021. 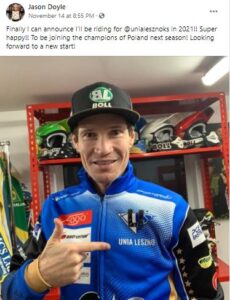 Keynan Rew – will be riding for Metalika Recycling Kolejarz Rawicz in 2021. 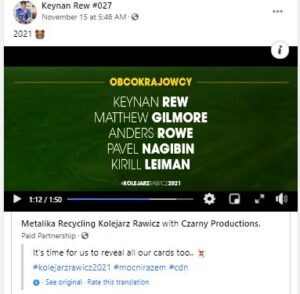 Rohan Tungate – this week confirmed he will be back with Lejonen in 2021. 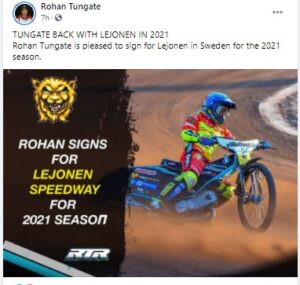 Sam Masters –  signed a contract with RZTZ Rzeszow for 2021. 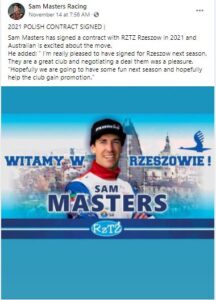 Daniel Sanders – is getting plenty of bike time and practice in Dubai before the Dakar Rally. 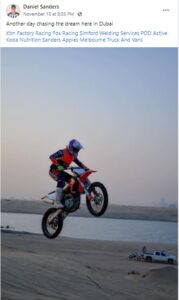 Toby Price – always entertaining his fans has done some study in the area of aerodynamics with his mullet. His legion of fans will be thankful the mullet is staying. 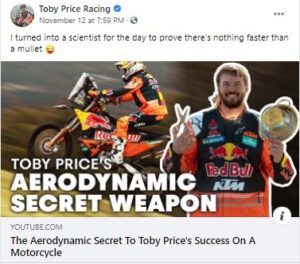