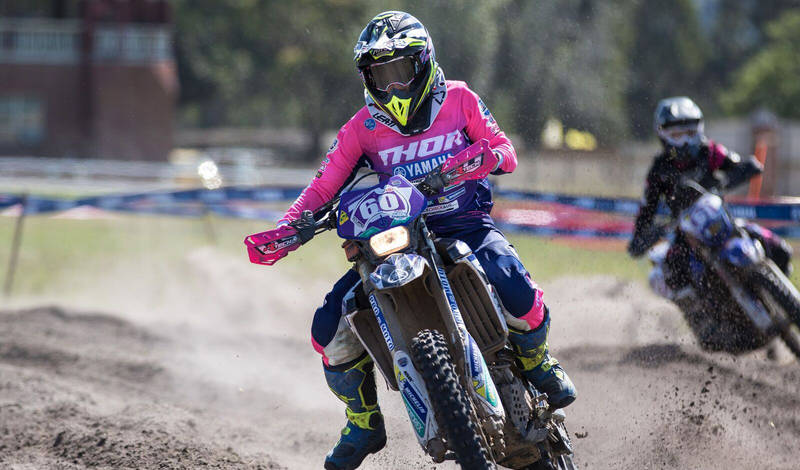 There we some tired bodies coming into day four, but a 45km trail ride and the all-important final moto was what stood between the riders and that finish line. The final moto was held at Cessnock Racecourse, a wide grass track was what faced the riders as they battled the 2.1km long course for five laps.

Womens
Jessica Gardiner got off to a great start claiming the holeshot and looking like she could make a break from the pack, but Jemma Wilson quickly caught Gardiner and the pair battled it out. The battle went back and fourth with Wilson making the move on Gardiner on lap three before the pair swapped position again on lap four and Gardiner rode her way to victory in 14:10.302. The win in the final moto gave Gardiner her fifth A4DE Womens title. Wilson in her 11th and last A4DE had to settle for second in the final moto with a time of 14:26.923, which also left her second overall and finishes what has been a stellar career at this level. Emelie Karlsson rounded out the podium, finishing in third position at the final moto and grabbing third overall in the process with a time of 14:48.776.

Masters
The final moto was a battle between James Deakin and Brad Williscroft, the pair went back and forth throughout the five-lap race and for the first time in the four days, Deakin got the better of Williscroft in the final moto, taking the win by just over half a second. Ross Style grabbed himself a spot on the podium with a time of 14:06.399, which landed him in third position in the final moto.