You are here: Home / News / First-ever Championship for women to feature at the 2019 Shannons Australian Classic Dirt Track Championships
Back 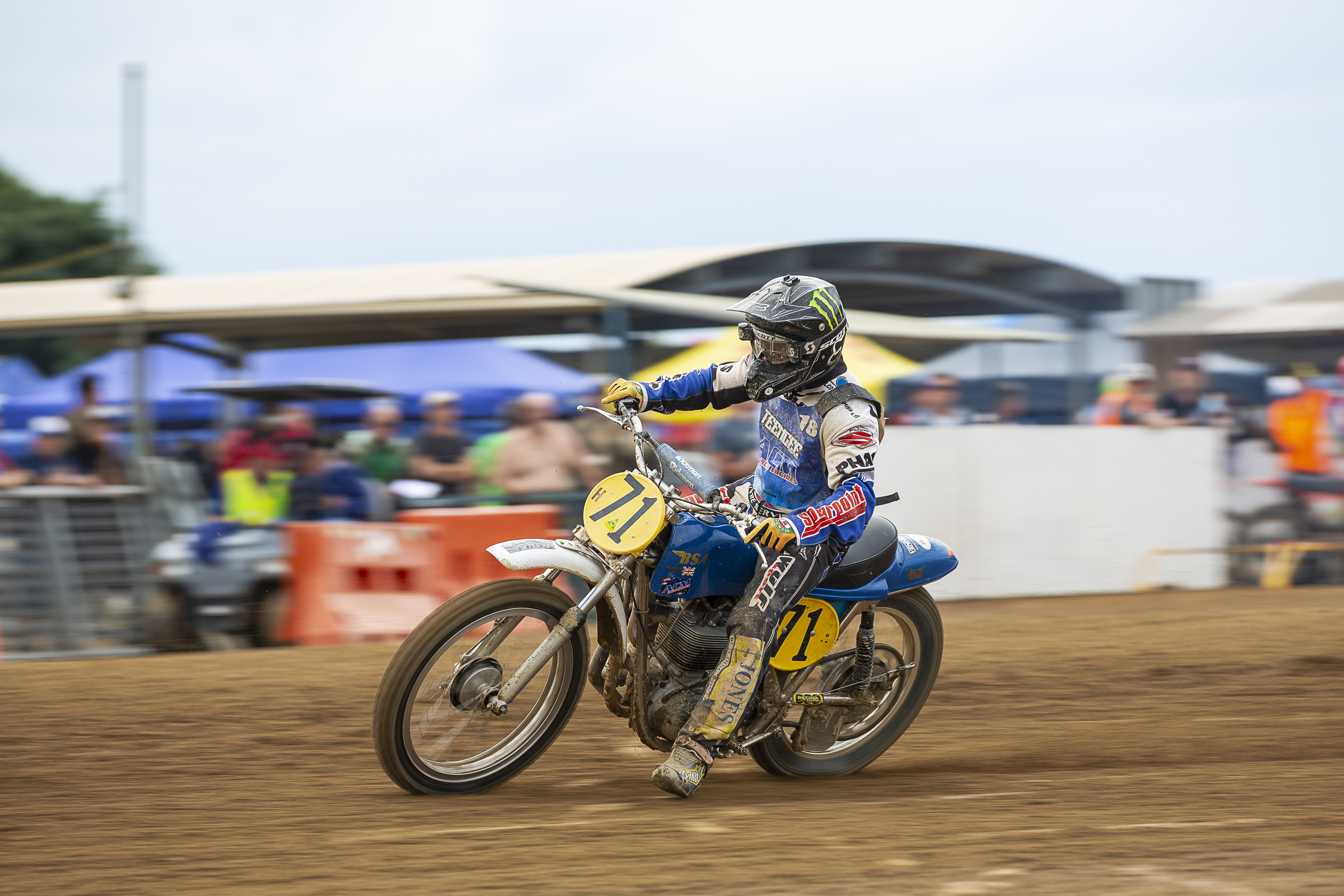 For the first time ever, the 2019 Shannons Australian Classic Dirt Track Championships will feature a Women’s Championship class, thanks to a record-breaking number of entries received from women for the Queen’s Birthday long weekend event (8-9 June).

The new class hits the track as part of more than 220 riders and spectators who are expected to attend the 2-day event, held at Victoria’s Broadford State Motorcycle Complex. One of them is local gun Brooke Lonie, who is thrilled to see the expanded female contingent for 2019. “It’s fantastic” Lonie said. “You’re flat out seeing that many women on the grid at a ‘modern’ race meeting, let alone at a classic event.”

“We’ve got a handful of riders making the long trip from interstate, as well as a few locals borrowing bikes for the weekend to round out the class. It’s a huge credit to the event organisers, our female competitors and the community of classic bike owners.”

Spectators will be treated to a superb weekend of racing as the Championship comes to Broadford for the very first time. With over 20 classes at the event, including Pre-1960’s and Battle of the Twins, there is a massive variety of bikes competing, and sure to be something for the whole family to enjoy.

The National Championship event will be hosted by the Harley Club of Victoria, one of the longest running motorcycle clubs in Australian history, with a rich history of dirt track racing dating all the way back to 1924. “We’re really excited to be hosting such a big event, a first for the club under the current committee” said event organiser Kelly Spargo. “Without the help of great sponsors like Shannons, Royal Enfield, AGV, Peter Stevens Motorcycles, MA and RH8, this event wouldn’t be possible” Spargo said.

On-track action starts from 9am both days and spectator entry is by gold coin donation. Full canteen facilities with hot food and drink will be available at the event. 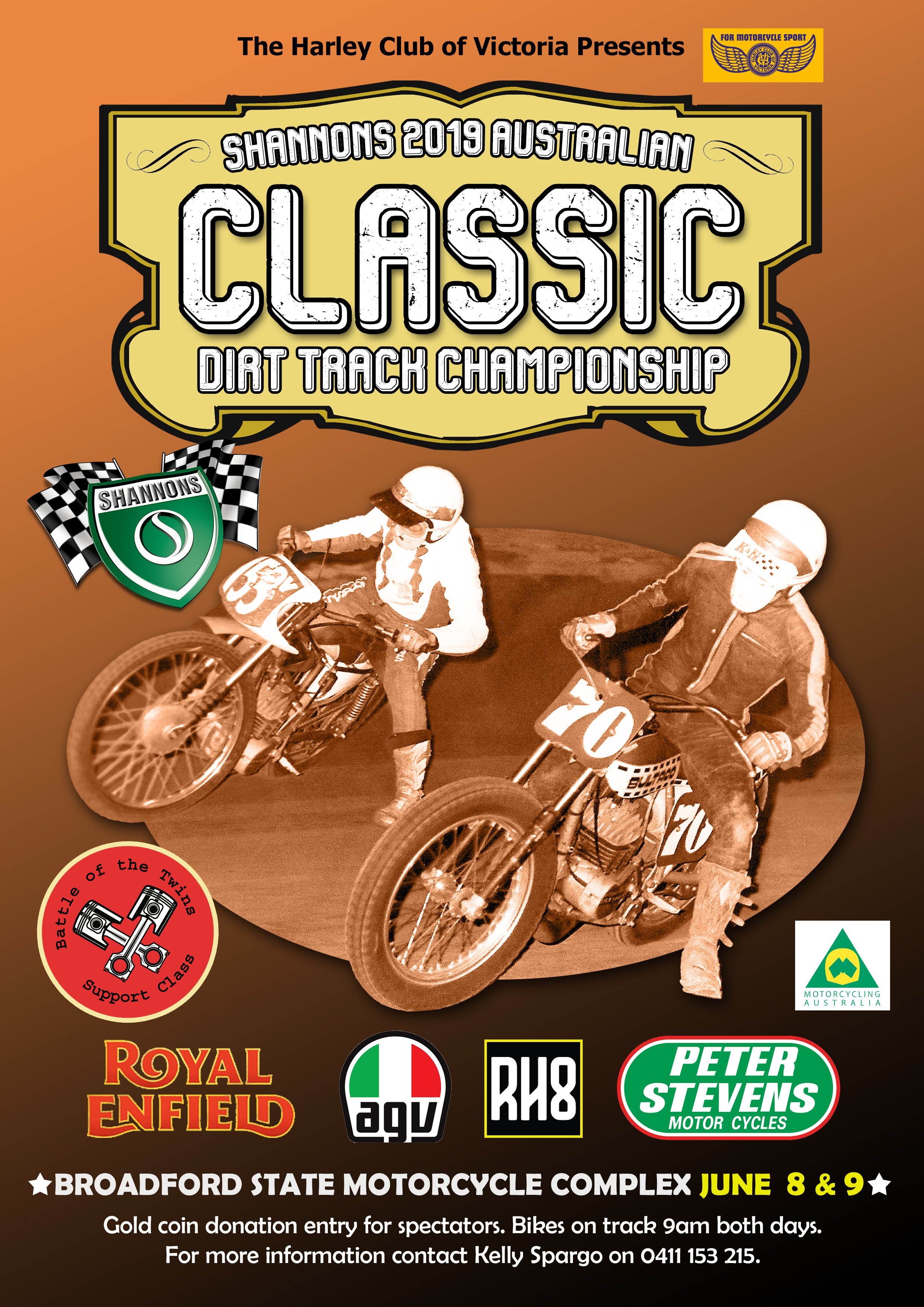