Ferris makes it six Thor MX1 overalls on the trot

You are here: Home / Motocross / Ferris makes it six Thor MX1 overalls on the trot
Back 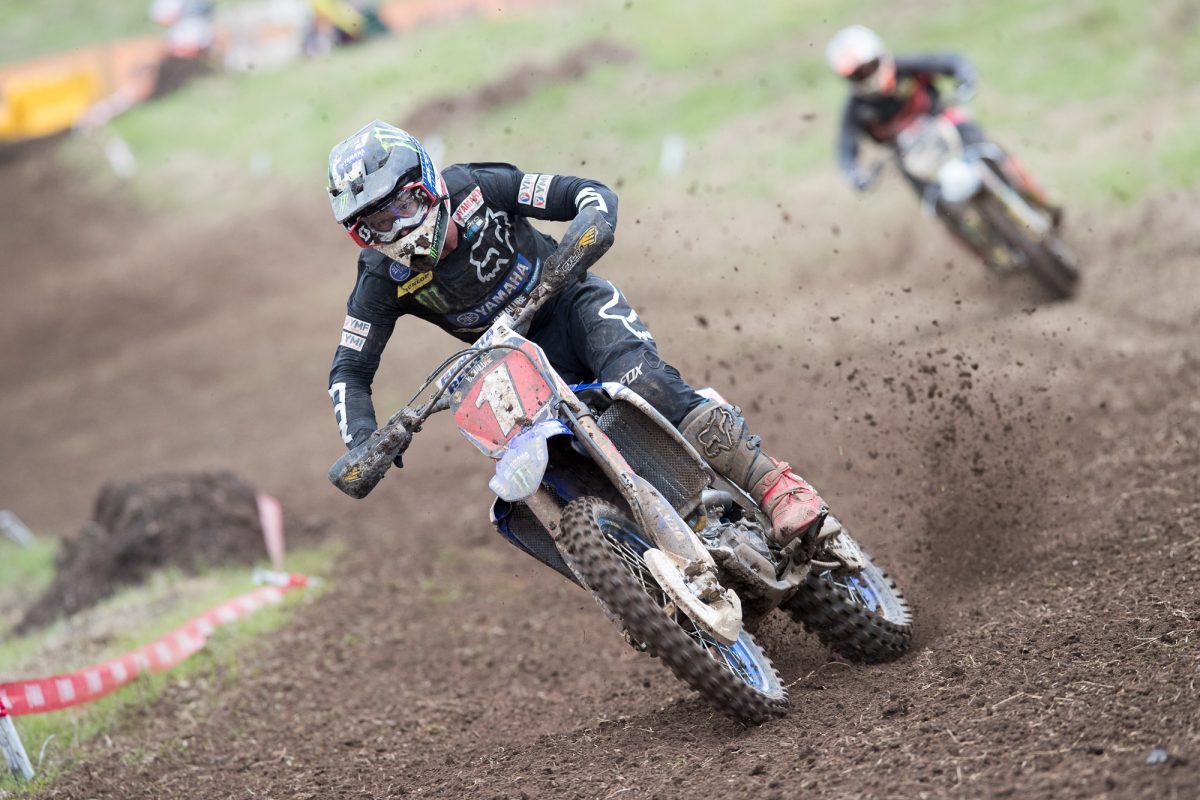 At a thrilling sixth round of the 2018 Pirelli MX Nationals at Conondale, QLD, CDR Yamaha Monster Energy Team’s Dean Ferris continued to take the Thor MX1 class by storm as he claimed his fifth perfect round of the year.

The paper results don’t tell the entire story though, with Ferris having to run down the front-runners in each race. At the end of the day, though, the defending champion took a spotless 1-1 scorecard from Conondale, ahead of Penrite Honda Racing’s Brett Metcalfe and DPH Motorsport Husqvarna’s Kade Mosig.

KTM Motocross Racing Team’s Luke Clout charged to the front of the opening Thor MX1 moto, but relinquished his lead on the third lap to a rampant Ferris. A mistake soon after saw Mosig slide by Clout on his way to second place, while Metcalfe fought his way to third. Raceline Pirelli KTM’s rookie star Mitch Evans and Clout filled the top five.

In the second Thor MX1 outing, Evans snagged the holeshot, but Mosig led the field through the opening laps, despite a temporary assault from Clout. Overcoming a dismal start, Ferris sniped his way past Mosig for the lead on the eighth lap. Behind him, Metcalfe got involved in a small tangle with Clout but remounted and took the bit between his teeth as he charged to second, just one second behind Ferris. Clout rounded out the podium, with Caleb Ward (Davey Motorsport Husqvarna) fourth and Mosig fifth.

The 2018 Pirelli MX Nationals will recommence at Ranch MX, NSW, for the second double-header event, on 14-15 July.