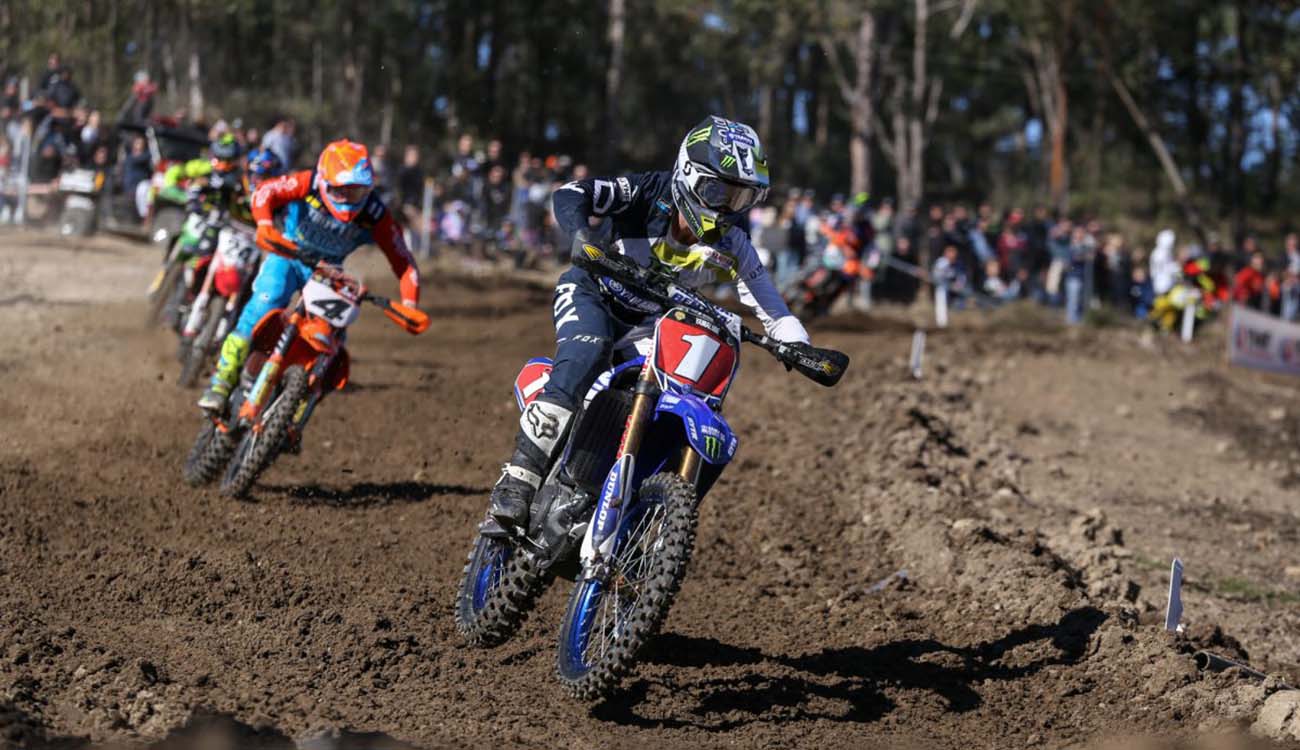 A reformatted rounds seven and eight saw both rounds decided on Sunday, as Ferris relied on consistency to maintain his perfect Thor MX1 round streak for season 2018.

The opening moto of the weekend saw Ferris jump to the front from the opening lap and controlled the race on his way to a 1.8-second victory over Metcalfe. Raceline Pirelli KTM rookie Mitch Evans finished third after relinquishing second to Metcalfe with just three laps to go. Clout and Complete Parts Kawasaki Racing’s Rhys Carter rounded out the top five.

In the second moto for round seven, Long broke through for his first race victory of the year with a wire-to-wire win. Long led runaway points-leader Ferris across the finish line by 4.5 seconds, who in turn finished ahead of Clout, Metcalfe and Carter.

Round eight this afternoon ran as back-to-back eight-lap sprint races, emphasising the need for perfect starts. Ferris rode to a consistent 2-2 result to claim his eighth overall of the year, just one point ahead of Clout, with Long rounding out the podium.

In the opening moto Long stormed to the front of the pack and led every lap on his way his second win of the day. Ferris placed second, ahead of Metcalfe, Clout and Evans.

In the second race Clout timed his gate-jump perfectly to lead every lap and keep Ferris at bay by just one second at the chequered flag, who in turn finished just in front of Evans. Carter finished fourth, with Long letting an overall victory slip through his fingers after dropping from second to fifth over the course of the race.