You are here: Home / Motocross / Ferris again in a league of his own in Thor MX1 & Todd takes the Pirelli MX2 win and championship lead
Back 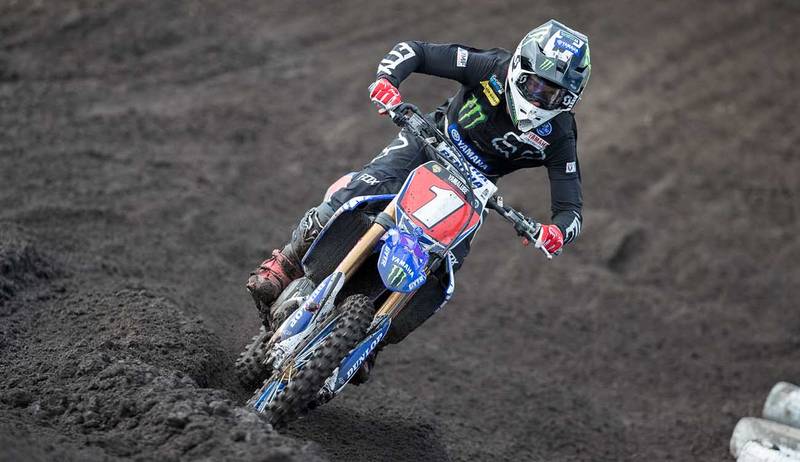 During the second day of back-to-back rounds, Ferris maintained his perfect win streak with a pair of first places, while Raceline Pirelli KTM rookie Mitch Evans continued to impress with another strong second overall, and hometown hero Kade Mosig (DPH Motorsports Husqvarna) claimed his first round podium of 2018.

The two-time defending champion Ferris claimed the Super Pole qualifying points, then quickly took command of the opening Thor MX1 race, lapping all the way up to 10th place before taking the victory with a 16-second lead. Behind him, Evans moved past KTM Motocross Racing Team’s Kirk Gibbs mid-way through the race as the pair of KTMs placed second and third. Mosig rode solidly to fourth place, while fellow Victorian Dylan Long (CDR Yamaha Monster Energy Team) rounded out the top five.

Evans scored the holeshot of the second Thor MX1 moto, with Ferris giving chase, waiting patiently before pulling the trigger and finishing 13 seconds ahead of the rookie. Mosig enjoyed a consistent race on his way to third, while Long and Gibbs placed fourth and fifth respectively.

A dream day in dreary conditions saw Serco Yamaha’s Wilson Todd not only chalk up a brace of race wins, but take control of the Pirelli MX2 championship points chase as well.

Todd made the most of a heavy track that threw up multiple surprises throughout the day, while defending MX2 champion Egan Mastin (KTM Motocross Racing Team) and New Zealand two-stroke racer Hamish Harwood (Davey Motorsports KTM) enjoyed their best days of the year as they completed the podium. Former red plate holder Nathan Crawford had a disastrous outing on his way to 16th overall, after failing to finish the second moto.

When the gate dropped on the Pirelli MX2’s first outing, Todd quickly set himself at the front of the pack and was never headed on his way to a five-second win, while MX Nationals Round 1 winner Aaron Tanti (Complete Parts Kawasaki) experienced a return to form with a well-earned second place. Harwood fought through the pack on his way to third, with Mastin fourth and Jay Wilson (Yamalube Yamaha Racing) fifth.

When the MX2 pack hit the track again, Todd again snatched the holeshot and tore out to a commanding 18-second lead over his 2017 rival Egan Mastin, who scored his posted result so far this year. Filling the top three was privateer Jy Roberts (Husqvarna), with a break-out performance. Harwood rode a solid race on his way to fourth, with Tanti fifth.

The 2018 Pirelli MX Nationals will continue at Murray Bridge, South Australia on Sunday, 27 May before the series heads into its mid-season break.