You are here: Home / News / Dirt Track Stars Head To Barleigh Ranch
Back 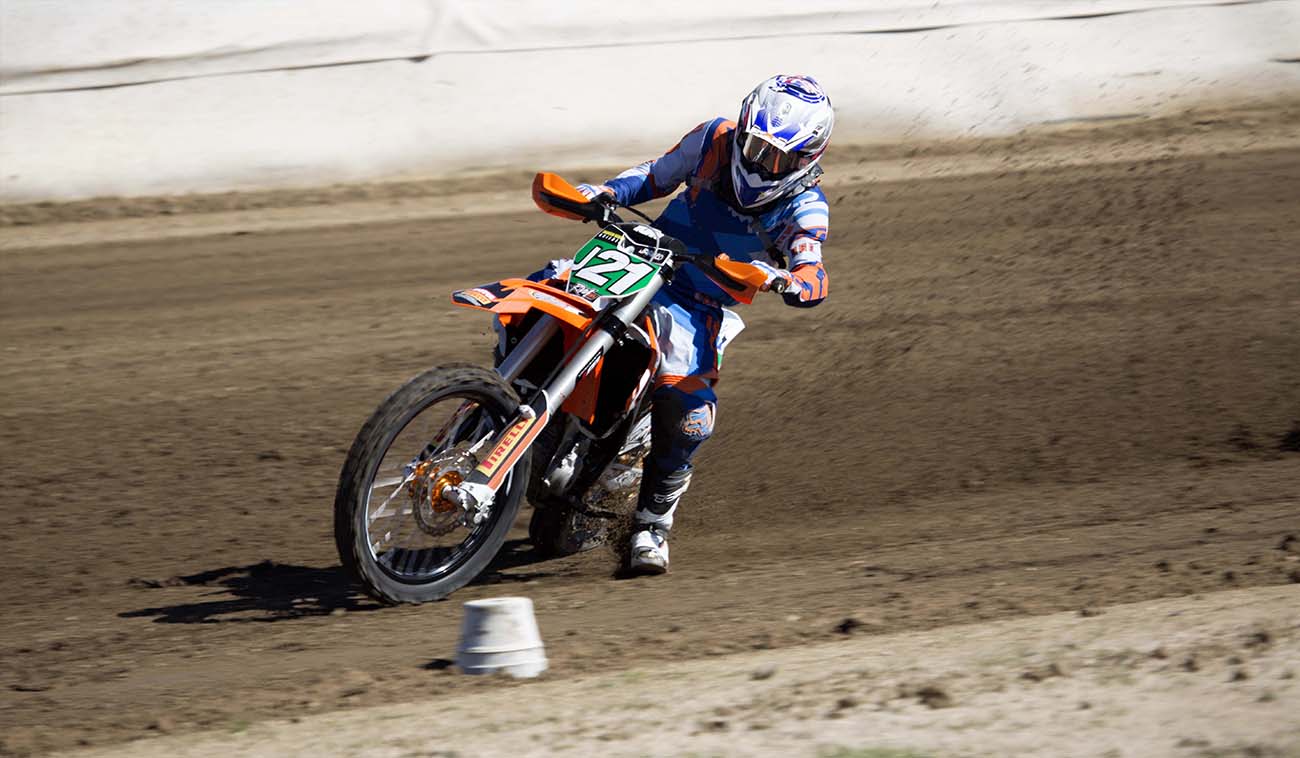 The elite of Australia’s Dirt Track racing stars are heading to the Barleigh Ranch Raceway this weekend (Saturday and Sunday, August 4 and 5) to chase honours in the 2018 Australian Senior Track Championship meeting.

Riders are coming from as far afield as Townsville and Melbourne to contest ten championship classes, as well as support classes which will include several to showcase some of Australia’s best junior riders.

Only one champion from last year’s Championship meeting at Tamworth will not be at Barleigh Ranch this weekend – but there is a good reason for that as Pro Open winner Nick Morris is racing Speedway in the UK.

All defending champions will face tough opposition if they are to hang on to their mantle as big entry lists have been received for most classes. Biggest of all is in the Pro 450 and Pro Open classes, both of which will require four heats in each round of competition.

Queenslander Jarred Brook won three classes and was placed second to Morris in the Pro Open class last year and he has been a dominant performer at previous appearances at Barleigh Ranch. Not only will Brook face tough competition in the Pro 250, Pro 450, Pro Open and MX Open classes, but he is coming off a serious shoulder injury suffered in the Central Coast Cup meeting back in May.

Another Queenslander striving to defend a title is Proserpine teenager Harry Maxwell in the Under 19 class, while Victorian James Davies will be defending the 500cc slider class against a strong line-up.

Both Sidecar champions from last year will have different passengers with them this year with Sydney rider Shane Hudson joined by Jackson Gilbert-Dunn in the Track class, and Queenslander Darren Fien now joined by Shaun Fien in the Dirt Track class.

The best credentialed defending champion will be another Queenslander Briony Hendrickson who will be out to add to her record of four victories from her last five attempts.

There was no ATV racing at Tamworth last year but previous winner, host club rider, Matthew Griffiths is among the entries for this weekend. Besides Griffiths, probably the best hopes among riders from the Hunter region are Sally Smith who faces the onerous task of taking on Hendrickson in the Womens class and teenager Mackenzie Childs who has entered for five classes of competition.

Among the entries are other previous Australian champions in Kayden Downing from Townsville, Hunter Anderson from West Wyalong, Hugh Skidmore from Brisbane and Sean McLellan from Kurri Kurri.

The Hunter Motorcycle Club President Keith Davies, himself a former national champion, readily acknowledges the amount of work that goes in to staging an Australian Championship meeting.

“The club is very grateful to the support from Port Stephens Council and a number of local businesses as well as individuals who have helped the club put this meeting together,” said Davies.

The last time the Hunter Club hosted an Australian Championship meeting was the Dirt Track Championship in 2016 and if the action this weekend is as exciting as two years ago then fans will undoubtedly enjoy a big program of thrills and excitement.

Action will get under way both days at 10.00am at the Barleigh Ranch Raceway, just off the Pacific Highway at Eagleton.