You are here: Home / ATV / Collie to play host to Australia’s best quad bike riders
Back

Australia’s best quad bike riders will converge on Collie this weekend with the town set to play host to the All-Terrain Vehicle Motocross Nationals.

Star competitors including Luke Gaisford, Chris Bosnakis and Jake Van Vliet will be some of the riders competing for the title of Australia’s best at the Stockton Park track from October 5th to 7th.

Returning to Western Australia for the first time since 2011, the event will be hosted by Quad Riders Western Australia and the Collie Motorcycle Club and will feature races from a range of classes, including the pro, veterans and women’s championships.

The 1.6 kilometre track is set on the banks of the picturesque Stockton Lake, offering an ideal opportunity for spectators to camp at the on-site facilities, watch the racing events and enjoy Collie’s natural surroundings. 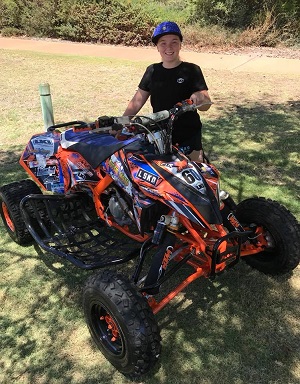 Sport and Recreation Minister and Collie-Preston MLA Mick Murray said hosting the event would be a big achievement for Collie.

“Collie is a proud motorsport town and we are delighted to have the countries best in our backyard to battle it out next month,” he said.

“This is a great opportunity for visitors to spend the weekend camping by the beautiful blue Lake Stockton, enjoying the events, and taking in all of the unspoilt natural surroundings that the region has to offer.

“It’s going to be a very, very big event. We’ve got people travelling from all over Australia and even one competitor from Italy.

Mr Murray said the event would provide a huge economic boost for the Collie community.
“There are many different benefits including the economic benefit that will come with about 1000 people turning up throughout the week and spending money in the town,” he said.

“It’s something that not only the government has been pushing but also the shire, working to make sure Collie is on the events calendar.

“It’s about jobs for the future, if we can be on the circuit for events, which will certainly create jobs in town.”

Quad Riders Western Australia president Michael Harcourt said it was a natural choice to bring the competition to Collie.

“It was an obvious choice for us,” he said.

“The facilities are absolutely brilliant. Everyone enjoys the track, it’s a really fast track to ride and it’s really good facilities.”

Mr Harcourt said anyone turning up for the event could expect a weekend full of ‘fast-paced action’.

“The ATVs these days are nothing like the farm quads you see out in the paddocks,” he said.

“It’s something that’s a little bit different for people watch, everyone’s seen motocross before, we do all the same jumps and turns but on 4 wheels and it’s really exciting to watch.”

Multiple time national champion Chris Bosnakis said he was hoping to see the community get behind the event.

“The more people that come out, the better, it’s going to be a great show,” he said. 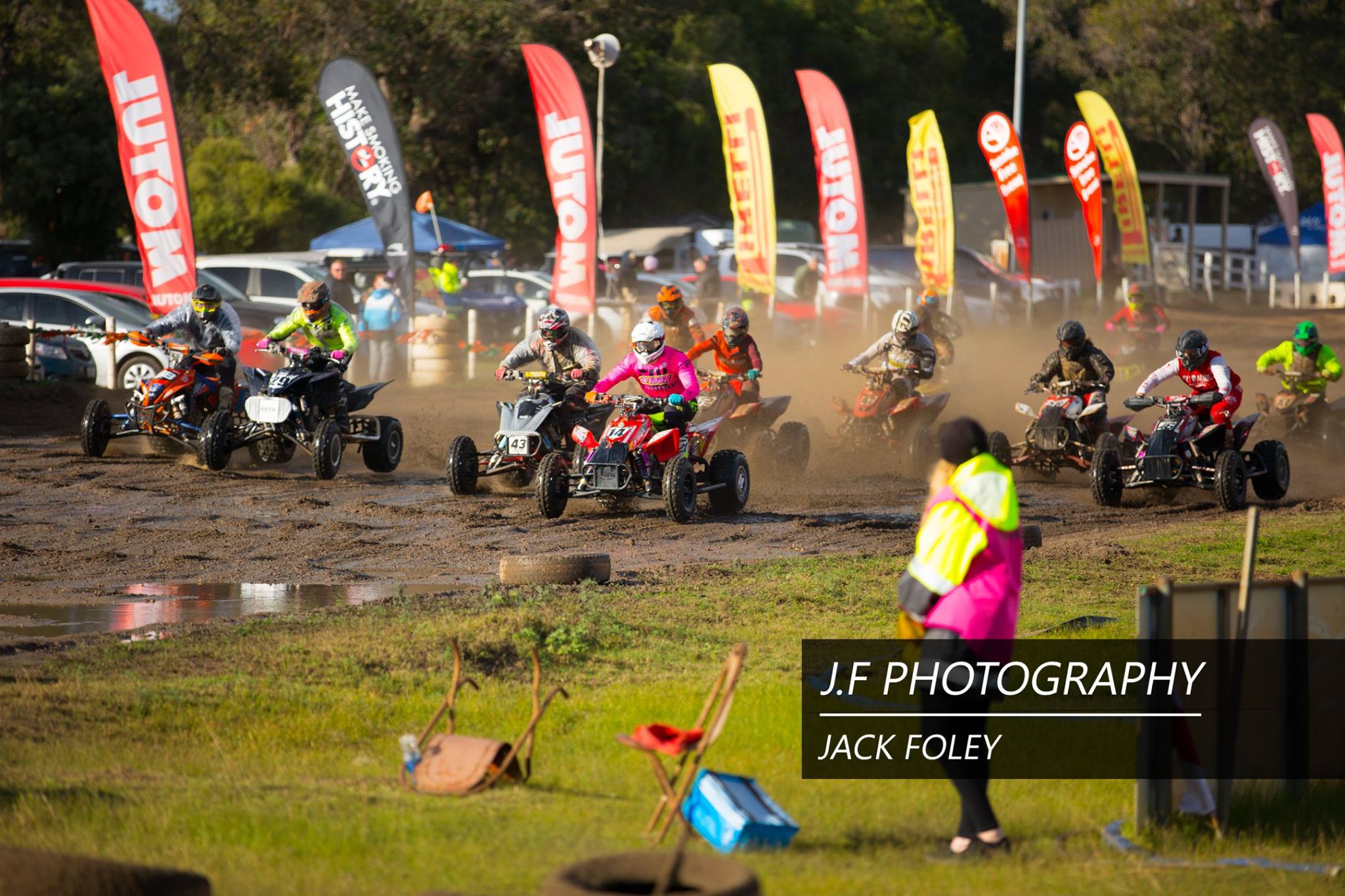 The event will attract about 400-500 visitors to Collie, with 85 competitors, support staff, friends and family set to converge on the town for the weekend’s action — including 25 interstate competitors and their teams, one of these teams being 4TEEN Industries.

4TEEN Industries
All of the 4TEEN Industries riders will compete at the Australian ATV MX Nationals this weekend October 6th and 7th in Western Australia at the Collie Motorcycle Club, Stockton Park.

The Pro Class will see Luke Gaisford, Blake Croonen and Jakob Bosustow, Intermediates – Colin Balshaw, Luke Capogreco and Zac Croonen, while Mike Croonen will compete in the Vets, and David Norman will be on the Clubman grid. Brooke Hollins will compete in both the junior 250cc classes.

All of our team members have been racing this year and enjoying the WA MX Championships, along with weekends of social rides at some of the ride parks, farms and local ride areas.

Luke Gaisford stated he had really enjoyed this year’s social rides as it was a great way to get in training along with increasing the skill levels of the youngsters, while still getting fitter and having fun. The team love getting out for a ride on the weekend, and we all really appreciate everyone who allows us to ride at their properties and the clubs who welcome us at their tracks. 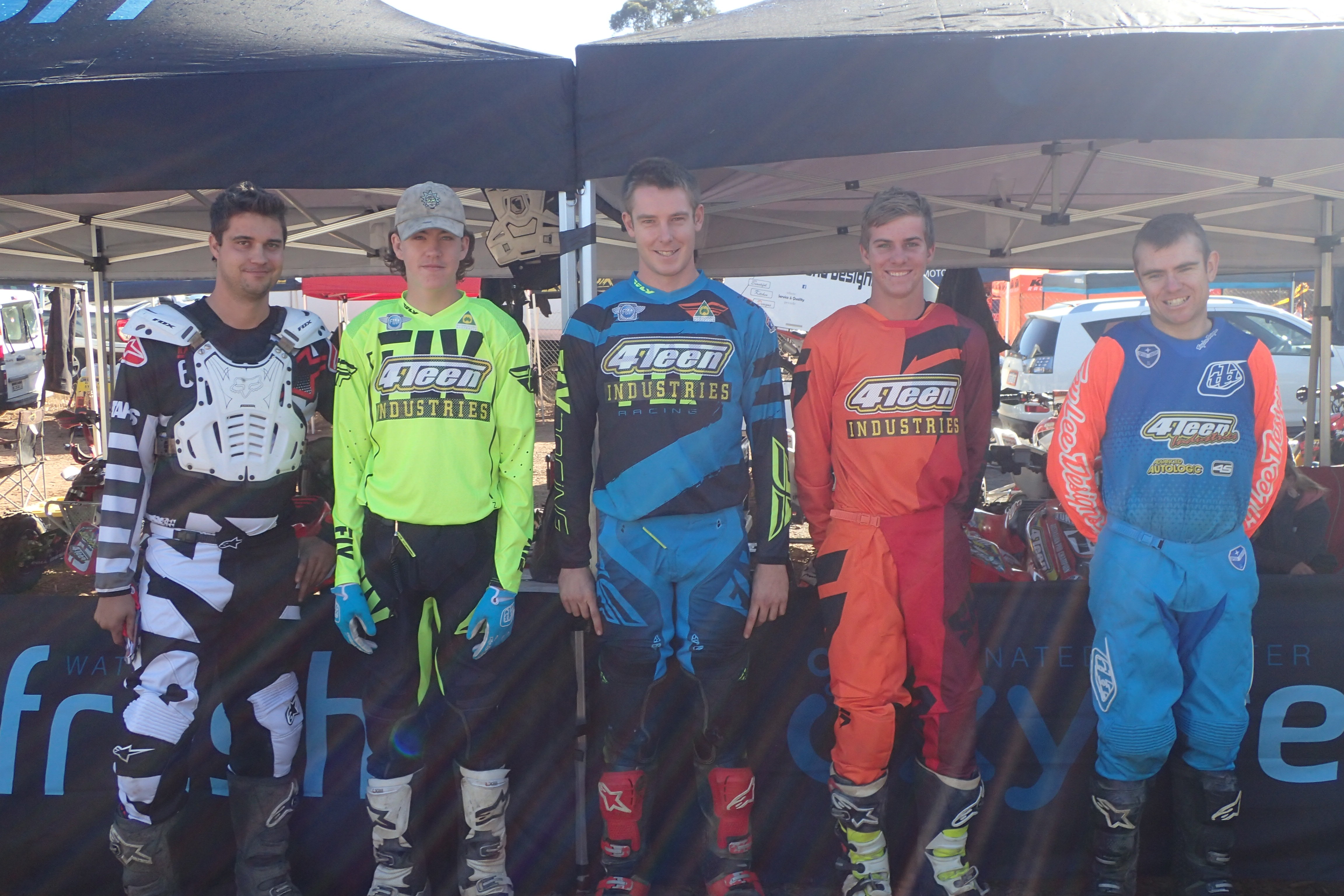 We all look forward to this weekend’s Nationals, and the camping out, and supporting one another on the track; we hope everyone from WA achieves their goals

It has BEEN EXACTLY 50 Years since the last National Motocross Event at Collie Motorcycle Club! Don’t miss this GOLDEN Event!