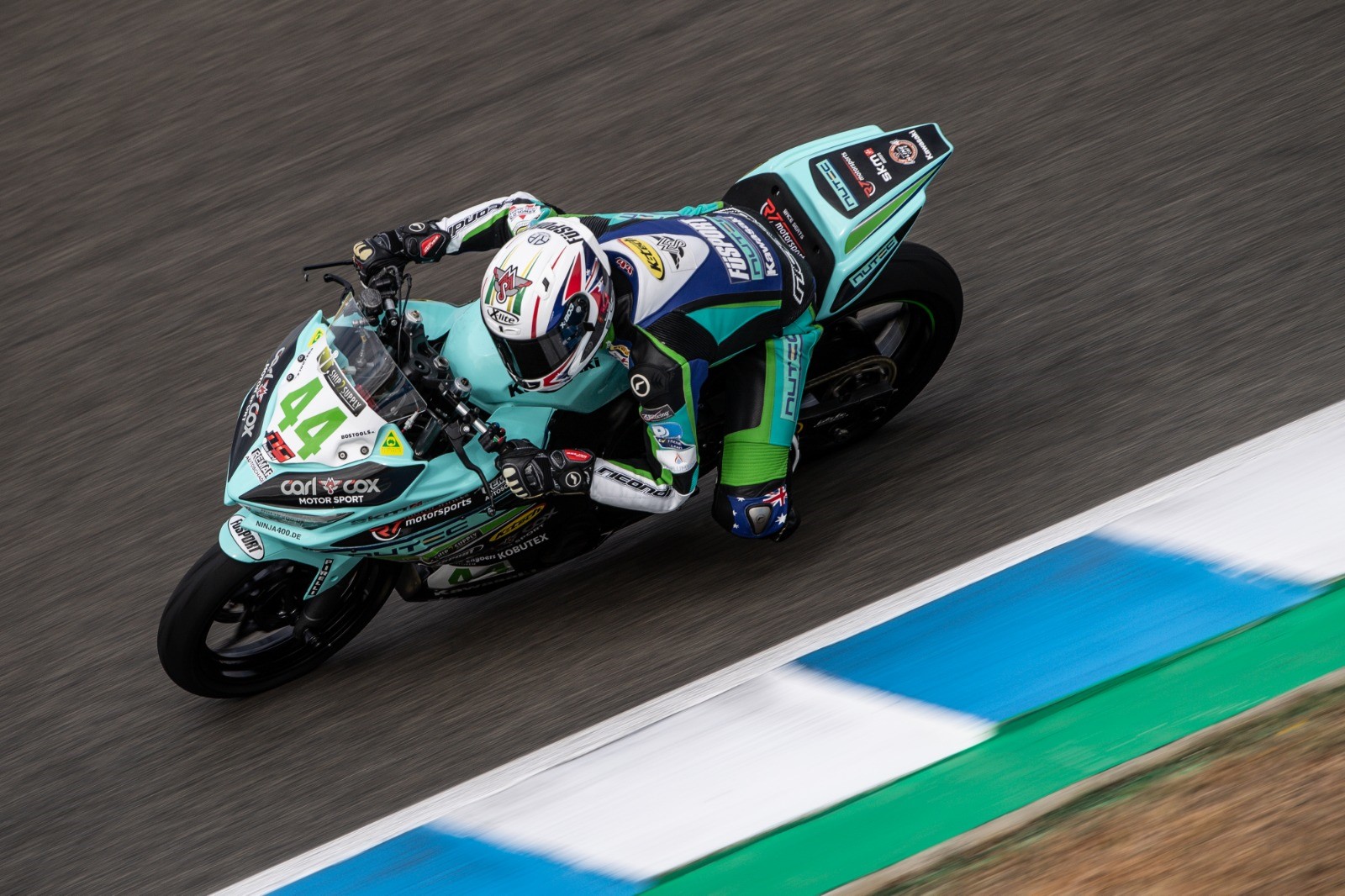 The Jerez round of the World Supersport 300 Championship has been our best one yet, with near perfect conditions the entire weekend (a relief after the previous rounds). Jerez is definitely one of my favourite tracks so far in Europe, very technical and also very fast. The last sector has to be one of the best sectors in the world, with every corner linking to the next. When you get it right, it’s amazing.

Friday started off well, getting up to speed and setting up the bike ready for the qualifying and not only one, but two races on Saturday and Sunday. We’ve been making steps forward throughout this whole year, and we made good progress again in Jerez- qualifying fast enough to get an automatic grid spot for the main race with only 2.5 seconds separating the whole field. Both the races were great for us, gaining lots of experience and being able to make changes after Race 1. We finished P26 and fought for the top 20 in Race 2 ending in P24, with my fastest laptime being only 1.4 seconds off the fastest time of the race.

The passion from the fans in Jerez was something I haven’t experienced, all very devoted to racing. The pitlane walk on both Saturday and Sunday was crazy, little kids taking photos on my bike and signing lots of autographs! It was great to be part of the paddock show on Sunday , where all 55 Supersport 300 riders for the first time were involved in a ‘meet and greet’.

We are working hard as a team to move forward and take steps further towards the front, and looking forward to the next round in Misano, Italy in just a short 2 weeks time (21-23 June). Huge thanks to my team, sponsors and supporters for being behind me in this huge learning process. I have no doubts whatsoever that we will get there!