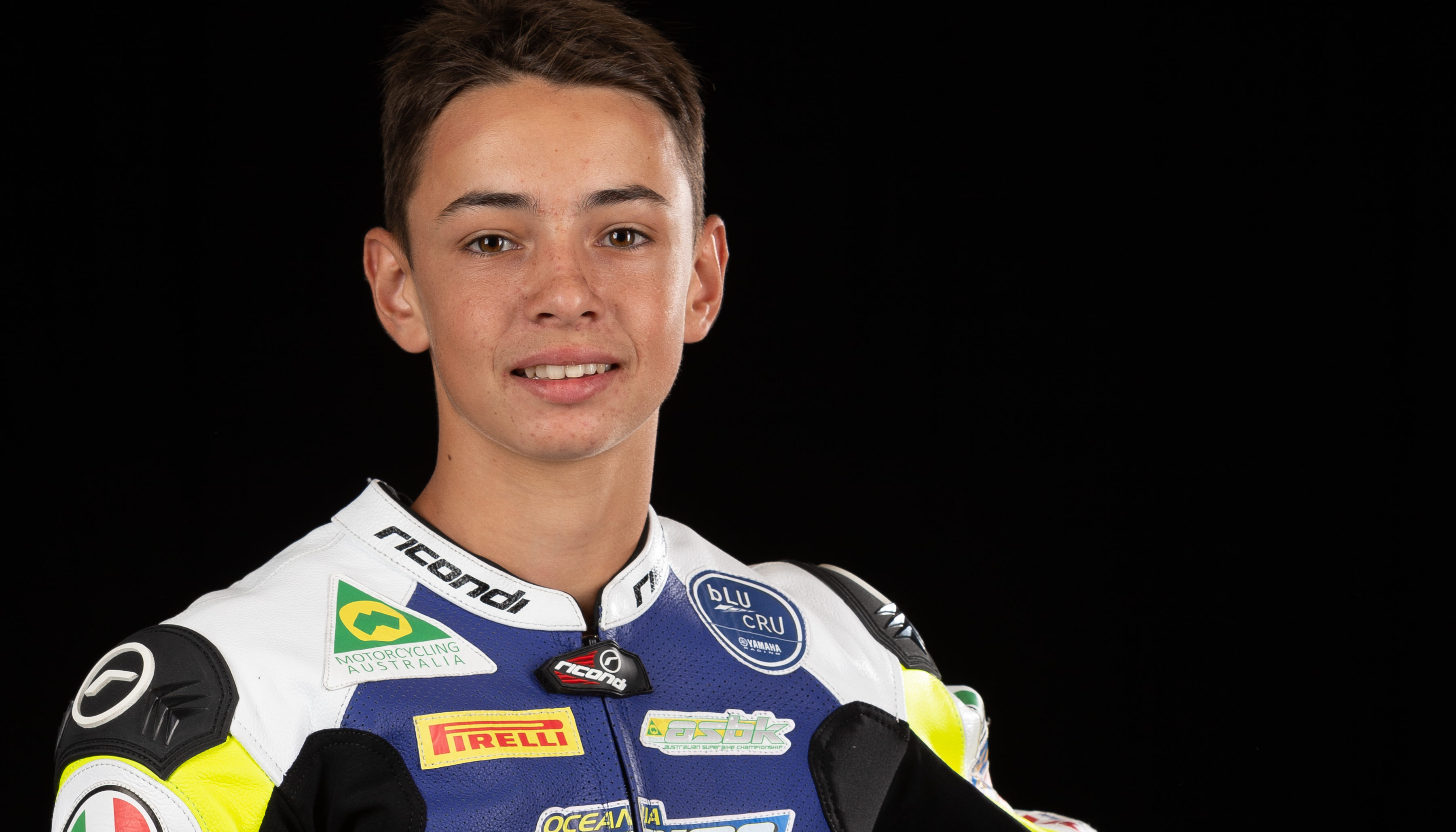 Describing himself as tall, skinny and fast, Kenworthy-Jones currently sits in 15th on the leader board. With results indicating a clear upward progression, the youngster is setting a clear goal of making it into the MotoGP, through the “golden trail” that is the Asia Talent Cup and Red Bull MotoGP Rookies Cup.

Tell us about where your love for motorcycle racing began and why?
It happened when I started riding a Peewee 50 around my house, when I was three. I live in a metropolitan area too, so I was riding around home in our backyard, rather than on a farm or something like that.

I think my love for motorcycling really came out of the adrenaline you get out of racing around and reaching high speeds. I love that adrenaline rush, especially just before the start of a race!

Tell us about the first time you hopped on a motorcycle.
The first memory I have is the same – when I was three, riding around home on my Peewee 50. After that, my next most memorable moment was when I was eight, trying to do wheelies at home on the same Peewee 50.

I started racing in 2012, in the Flat Track discipline. I really enjoyed that experience, but I love Road Racing so much more! I’ve also learnt in Trials, which taught me a lot about balance, and has been super helpful in the bLU cRU Oceania Junior Cup.

Now, I only compete in Road Race. This is because school is such a major part of my life and takes up so much of my time. 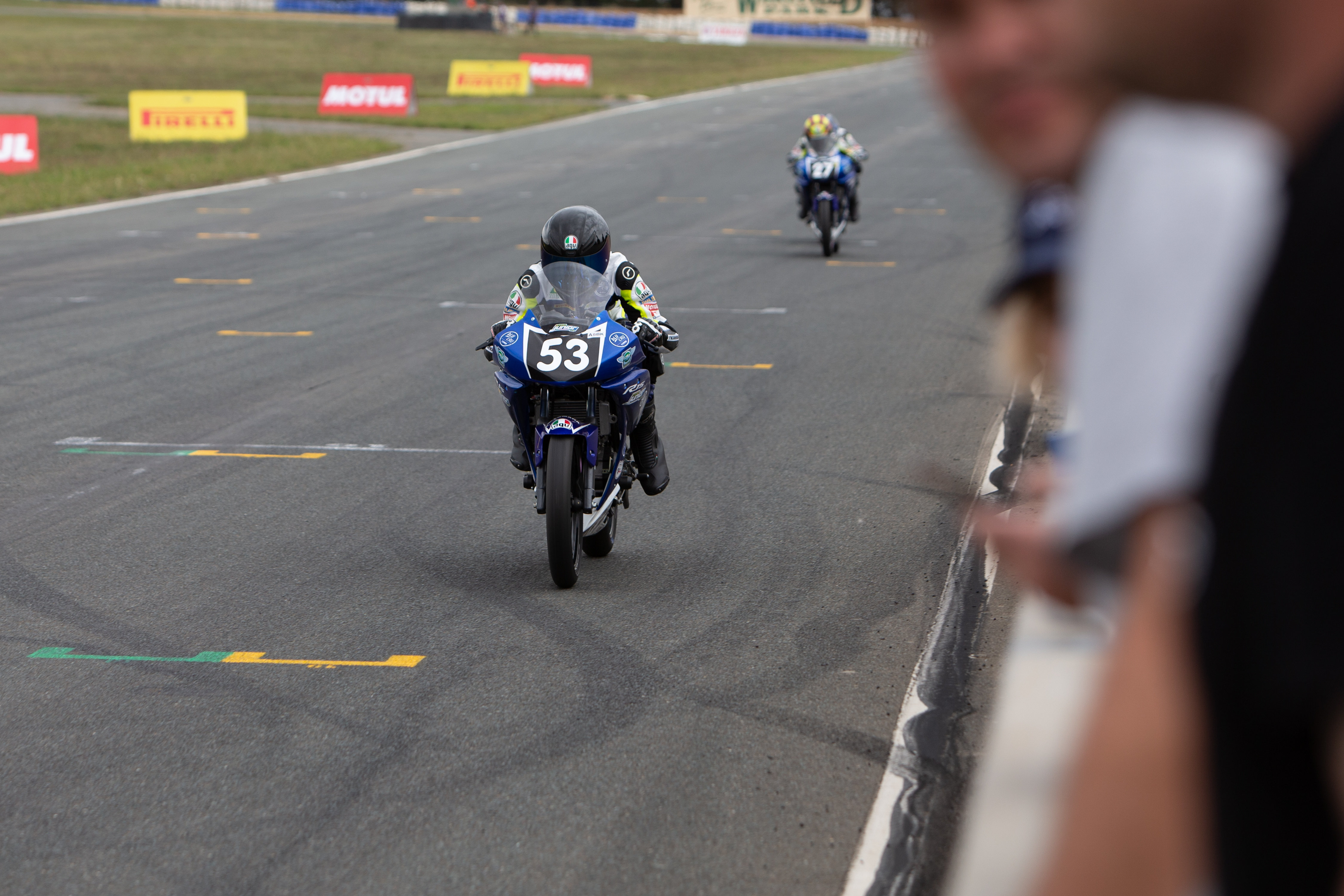 Thinking back, tell us about one of your favourite memories growing up when it comes to motorcycling?
I think my favourite memory is when I was about 10, riding around in the bush with my mate. This memory is so memorable because it was the first time that I got to and ride with friends.

It’s so much fun riding out in the bush, because you have so much more room!

What career do you hope to end up in? For example, WSBK or MotoGP racer?
I really hope to make my way up to MotoGP! I want to start off at the Asia Talent Cup, then Red Bull MotoGP Rookies Cup, and just keep moving onward and upward!

Tell us who your sporting idol is. How have they impacted you and your love for motorcycling?
My sporting idol is Marc Marquez, because he’s funny and super smooth on the track. He is also completely himself, which I try and emulate in my own behaviour.

What have you learnt from the bLU cRU Oceania Junior Cup?
One of the first things I learnt was through Ohlins, who taught me how to set my suspension up! That was a great moment, knowing that I can now do this myself!

I’m also learning how to transition to different bikes, which is especially hard coming from disciplines such as Flat Track. The safety gear involved in Road Race has been another major learning curve, because you don’t have the same protective gear in Flat Track.

I also learn heaps through our coach, Damian Cudlin, whose experience from being in the MotoGP is really interesting. One thing that he’s taught me is how to pick my lines, which he teaches you out on the track rather than in the garages.

Tell us about your bike, helmet, leathers, gloves and boots. How are you adjusting to the new bike? How do you find the products that have been chosen specially for you?
Everything we have received from being part of the bLU cRU Oceania Junior Cup has been great! The leathers are made to fit you, and they’re super comfortable! I also love the AGV helmets, especially with the black visor that look so cool in the all photographs!

The Yamaha is a really great bike. It’s really important to me that we begin on an even playing field where everyone moves at the same speed, so the winner of each race is the most skilled racer. 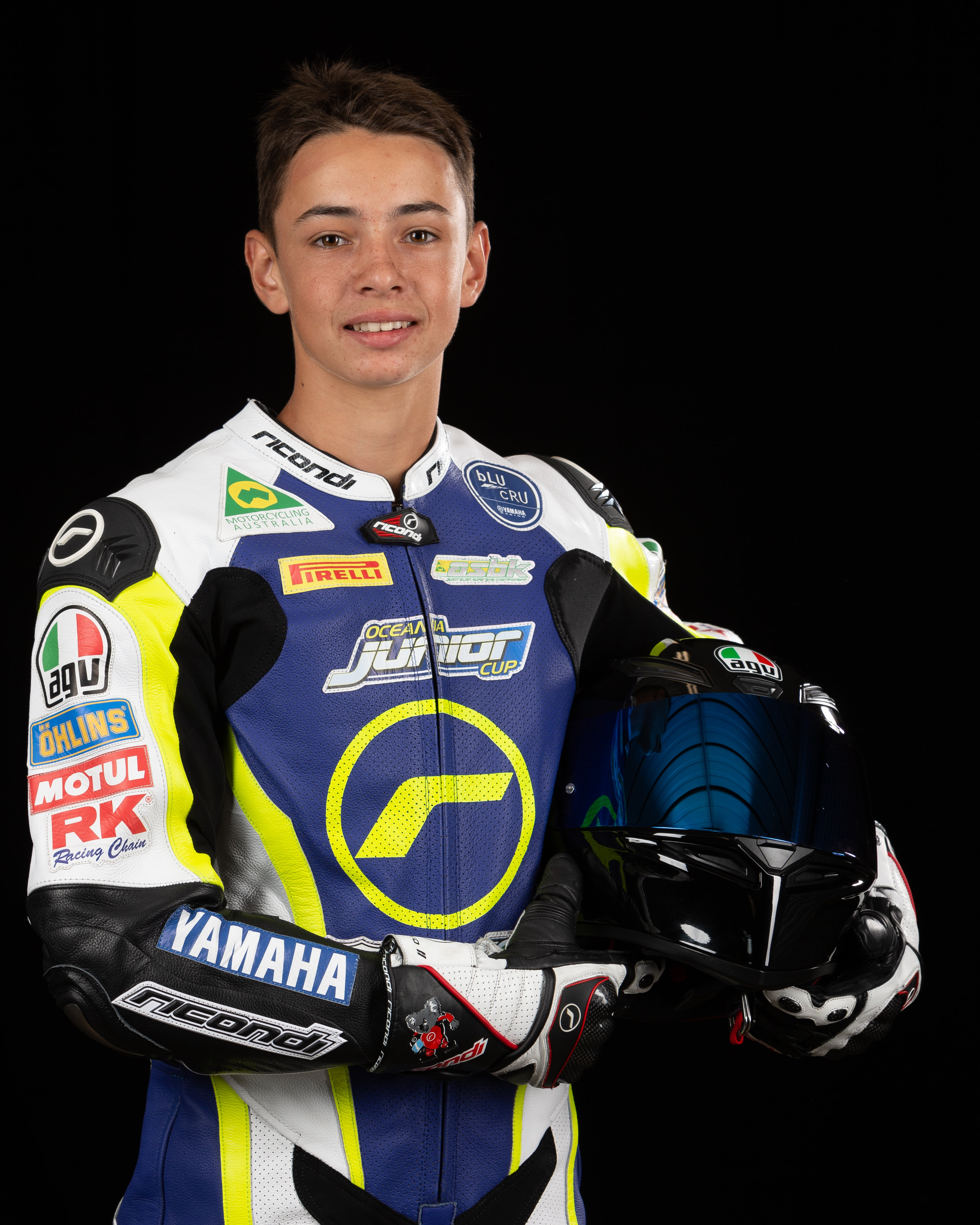