You are here: Home / News / Billy van Eerde edges the win in three-way Race 2 thriller
Back 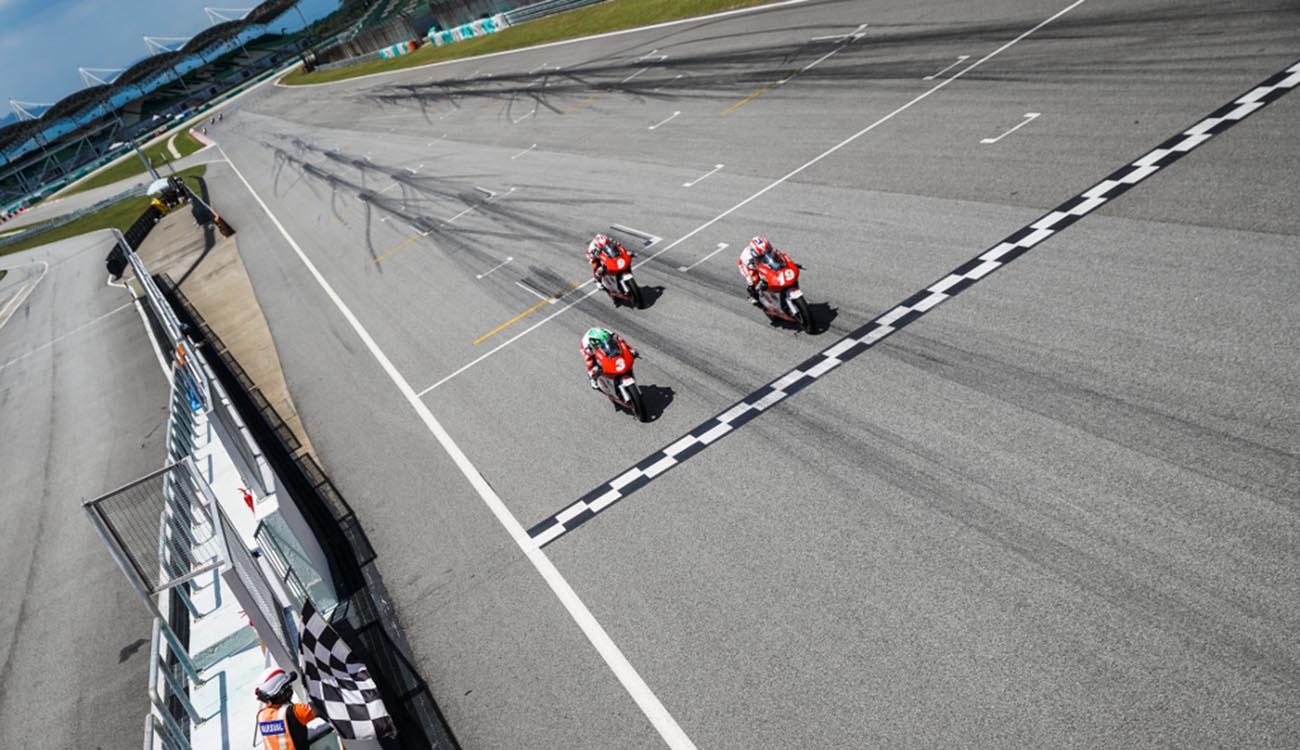 Bill van Eerde has taken his second ever Idemitsu Asia Talent Cup victory at Sepang International Circuit, winning a three-way battle to the line against Sho Nishimura and former points leader Haruki Noguchi, who completed the podium – in that order. That means Australian van Eerde takes the points lead heading into the next round, which is alongside MotoGP™ at Buriram in October.

Danial Sharil got the holeshot from pole and Noguchi was quick to strike back on Lap 1, but the Malaysian hit back. As the pack settled in after the start, however, it was a lead trio who began to break away: Takuma Matsuyama, Haruki Noguchi and Bill van Eerde – and Matsuyama from the back of the grid after an incredible start.

With nine laps to go, Noguchi was back in the lead and starting to seem capable of breaking away for a decisive win, with Matsuyama and van Eerde on the chase. Afridza Munandar was leading the second group – but then drama struck for the second day running and the Indonesian headed off into the gravel, unable to get back in the race. 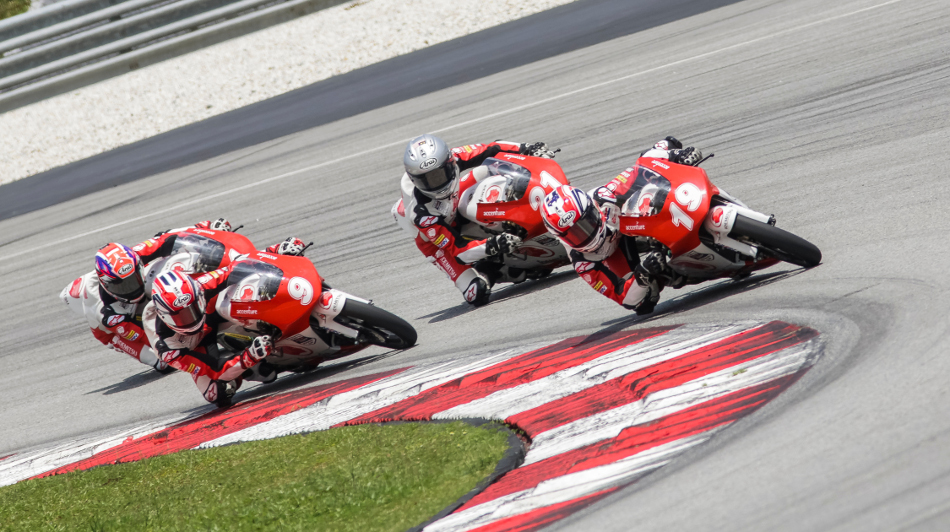 Van Eerde then began to pull the pin, getting clear of Matsuyama and reeling in Noguchi. The Australian cut down a nearly two second gap and by three laps to go was right on the tail of the number 9 in the lead.

He struck down the start-finish straight but Noguchi hit back soon after as Sho Nishimura passed Matsuyama and was then able to start closing in on the duel for the lead – on the scene soon after.

Nishimura then attacked van Eerde and as the two dueled, Noguchi was able to start making a gap at the front. But as the last lap dawned the three-way battle closed up again, and van Eerde was able to get through to lead the trio over the line for the final showdown – with the group covered by just a tenth.

Nishimura was the first to strike but Noguchi then made his move at Turn 4. As the corners ticked down and the three stayed glued together, it looked like it could all go down to the wire – and that it did.

Noguchi was first attacked by Nishimura as they headed into the final chicane and the move put him up into second but the race wasn’t over. Van Eerde, coming from third, then also overtook Noguchi – slotting into second and the slipstream behind Nishimura. By the line the Australian was just able to edge it by thousandths – taking his second Idemitsu Asia Talent Cup win and the Championship lead.

Nishimura just missed out to take P2, with Noguchi then shuffled back to third and now second in the standings after a tough weekend for the early dominant force in the Cup.
Takuma Matsuyama took a lonely fourth by the flag but after his incredible performance moving through from the back of the grid, with the top five completed by compatriot Koji Hirama as he out-dueled Danial Sharil and just edged the home hero at the line. Toshiki Senda took seventh, with the top ten completed by another down-to-the-wire fight that saw Kopchai Sae-Liw edge Race 1 winner Mario Aji and Tachakorn Buarsi.

Now it’s time for a long summer break for the Idemitsu Asia Talent Cup, with van Eerde heading into it on top of the world and Noguchi looking to bounce back quickly when action resumes. That’s at Buriram in October, when the IATC races alongside MotoGP™. 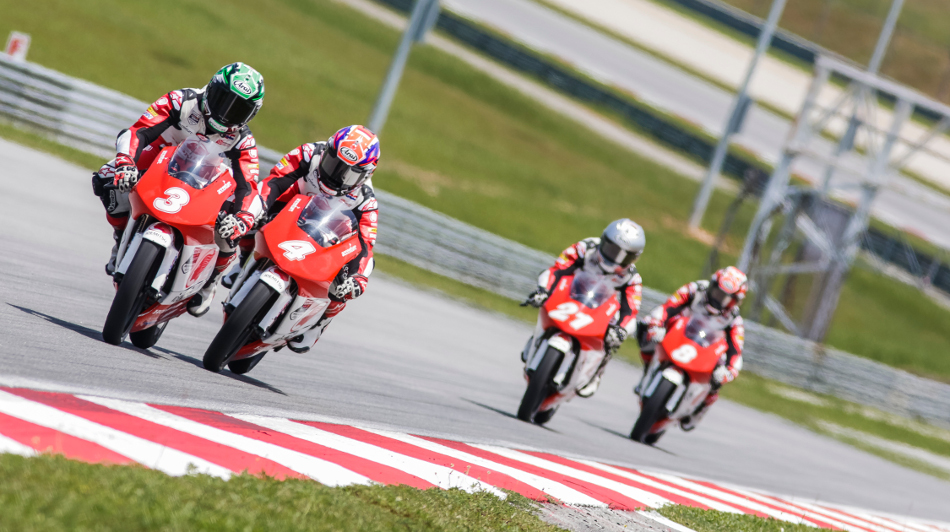