Australian Wildcards to take on Asia’s Best at The Bend

You are here: Home / News / Australian Wildcards to take on Asia’s Best at The Bend
Back 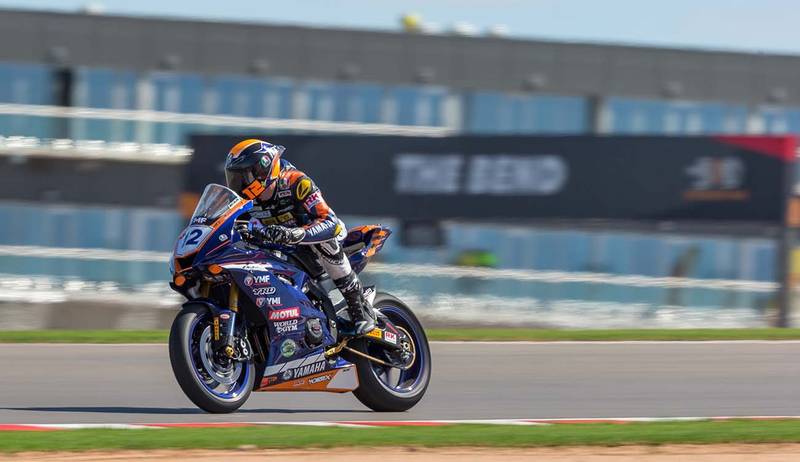 Motorcycling Australia (MA) is pleased to announce Broc Pearson, Tom Toparis, Scott Nicholson, Zac Levy and Locky Taylor have secured wildcard entries for the 2018 FIM Asia Road Racing Championship Round 2 at The Bend Motorsport Park (April 19-22). Wildcard rides offer an excellent opportunity for these young riders to show off their talents in front of the best teams from Asia. All five riders will be pulling double duty throughout the weekend, competing in ARRC and the Yamaha Motor Finance Australian Superbike Championship presented by Motul Pirelli (ASBK).

Australian Wildcards for ARRC Round 2

Broc Pearson (Supersports 600)
Young star, Pearson (QLD) is no stranger to the ARRC, having previously competed as a wildcard back in 2017. He has also competed in the Asia Dream Cup and has enjoyed a very successful 2018 season so far in the ASBK’s Kawasaki Supersport Class, currently third in class.

Pearson; “I’m really happy to be awarded a wildcard spot in the ARRC from MA. It’s definitely going to be a challenge running in both classes but It will be interesting to see the difference that I’ve made over the past few months since I last competed in the ARRC late last year. I managed to finish 17th on that occasion. I’m now racing on a Yamaha and very comfortable with the machine, so I’m hoping to make some improvement. Obviously the top ten will be very competitive, but I’m on my own bike, so I will be aiming for a top five if everything falls my way.

“The layout of The Bend is awesome, it took me a few sessions to find my way around. Once I learned the track, I found the elevation changes to be really exciting. There should be more rubber laid for the big weekend and I’m looking forward to it,” Pearson finished.

Tom Toparis (Supersports 600)
Cube Racing Team’s Tom Toparis (NSW) rarely passes up the chance to wildcard, having previously competed in Moto3 and WorldSSP. Now the ASBK Kawasaki Supersport class leader will be showing off his talents against Asia’s best.

Toparis; “It’s great news to be selected as an ARRC wildcard and another great opportunity. We’ve obviously competed in WorldSSP and Moto3 in the past and have made the most of those appearances. This will also offer another chance to learn the track and put in additional laps. I can’t wait to race with several of the best riders Asia has to offer. The bikes will be very similar to what we race in ASBK, albeit with different tyres. Luckily, I have already taken part in the Official ASBK Test, so I will have some understanding of the track. Hopefully we can fly the flag for Australia next week!” According to Toparis.

Scott Nicholson (Supersports 600)
NextGen Motorsports’ Nicholson has made the big step up to the ASBK’s Kawasaki Supersport class this year and has previously competed in the Australian Supersport 300.

Nicholson (VIC); “I’m really exciting to be racing in the ARRC alongside ASBK. It should be a great experience going up against the best riders in Asia. It also gets me extra track time for what will be a great learning experience in the long run. I really enjoyed the new track at the test. Its long and flowing, a real jigsaw of several of the best tracks in the world. The ARRC runs pretty much standard bikes and that’s what I’ve been running in Australia. There won’t be much modification necessary to compete in the ARRC class.

Zac Levy (Asia Production 250)
The current YMF R3 Cup championship leader and second in the Australian Supersport 300 class, Levy (QLD) is confident heading into his first international wildcard appearance.
Levy saying; “Definitely excited to be riding in the ARRC. This will be my first wild card in any major event, so it should be interesting to see what I can do against these fast ARRC competitors. It’s a new track and new bike, but I am confident we will be able to produce good results. I look forward to getting out on track next week!”

Locky Taylor (Underbone 150)
Taylor (QLD) started racing at the age of five and has competed in the MRRDA and Moto3 Asia Talent Cup, he now races in the ASBK’s Australian Supersport 300 & YMF R3 Cup classes.

Taylor; “We first heard about the opportunity from MA and I thought why not give it a crack. With the ARRC coming down to Australia for the first time, it’s a great chance to try something different. It’s going to be a great experience for sure. I’ll be at a little disadvantage as I did not attend the Official ASBK Test, but it wasn’t possible for me at the time. I’ve actually ridden in the Underbone class before for the Asia Talent Cup selection process. They are a great bike and I should be able to adapt quickly.”

ASBK will return to the track for a motorcycle spectacular with the FIM Asia Road Racing Championship (ARRC) 19-22 April. The best riders from Australia and Asia will be burning rubber, it won’t be one to missed!
Fans that wish to catch all the action at The Bend Motorsport Park for the ASBK and ARRC double header can purchase tickets here.