You are here: Home / News / Australian Junior Dirt Track Championships at Kurri Kurri this Weekend
Back 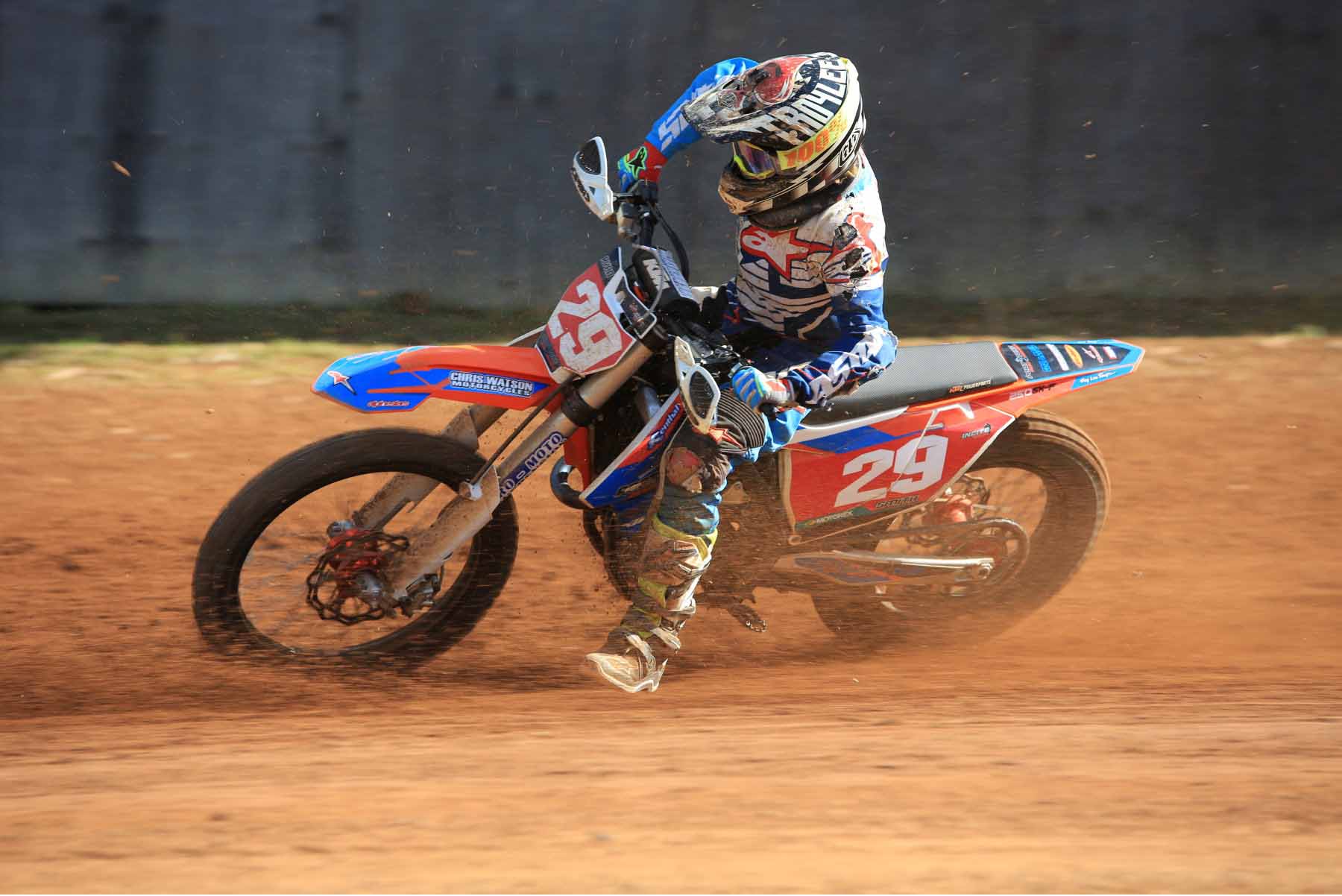 The chance to chase Australian Championship honours does not come around very often and this weekend (June 9-10) it is the junior dirt track racers who are in the spotlight.

The 2018 Australian Junior Dirt Track Championship meeting has attracted some of the nation’s best young riders to the Kurri Kurri Junior Motorcycle Club track in the Hunter Valley this Saturday and Sunday.

With riders travelling from as far afield as Adelaide, Melbourne and Brisbane to chase championship honours in the two-day title showdown some intense and spirited racing is guaranteed.

The riders on display this weekend should not be looked upon just as ‘tomorrow’s stars’, even though this is the discipline of motorcycle sport that helped mould the careers of future world champions Casey Stoner, Chris Holder and Jason Doyle as well as current Moto GP contender Jack Miller.

Riders aged between seven and 16 will chase championship honours and many are already very accomplished riders with impressive records of title victories to their credit.

In the 13 to 16 years age bracket at the championship meeting last year it was Taree rider Kye Andrews who scored a hat-trick of class wins on his home track.

This weekend he is expected to face his toughest opposition from 13 year old host club rider Ryan Smith, as well as clubmate Harrison Ryan and Queensland rider Cyshan Weale.

Besides Weale there is a strong contingent of Queenslanders who will fancy their chances throughout the age divisions.

One of the Queenslanders is Harrison Voight who is just back from the US where he contested the four-day American Amateur Grand National event.

Voight was beaten by only one rider in that event, Tom Drane from Forbes and the clashes between that duo are expected to be one of the highlights of racing this weekend.

From south of the border Archie McDonald, Remmie Fyffe and Zane Kinna will all bring impressive credentials to the championship meeting.

The chances of championship trophies finishing up on the North Coast are strong with Kempsey rider Jayden Holder, Taree trio Hayden Nelson, Will and Mitch Bisley and other Kurri Kurri Club riders like Cameron Dunker and Max Stauffer all expected to be prominent.

The Kurri Kurri Junior Motorcycle Club track is at Dickson Road, Kurri Kurri with action getting underway at 9.30am both days.

Admission on Saturday is FREE and just $5 per car / $2 per bike on Sunday.
Intending fans can check the Kurri Kurri Junior Motorcycle Club Facebook page at www.facebook.com/kurrikurri.jmcc in the event of concern about the weather.