You are here: Home / News / Weekend Round-Up: Aussies On The World Stage
Back 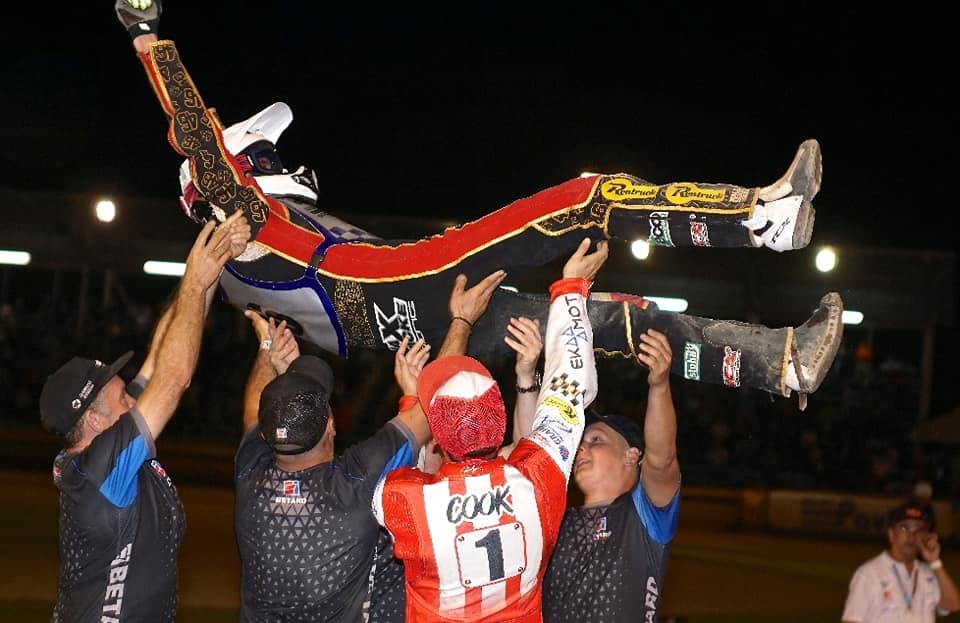 Here is our recap from the weekend of Australians flying the flag overseas!

You little beauty!! Max Fricke has got through to take on the best in the business in next year’s FIM Speedway Grand Prix Championship.

The young gun finished third in the GP Qualifier in Gorican.

That’s more like it Remy! After a disappointing end to the myWorld Motorrad Grand Prix von Österreich two weeks ago, Gardner bounced back at last weekends GoPro British Grand Prix at the Silverstone circuit to finish in fourth place aboard the #87 ONEXOX TKKR SAG Team machine. This marked the Aussies fourth top five finish in his Moto2 career.

Tough couple of nights for Jaimon Lidsey. Fingers crossed he can bounce back on Monday at home against King’s Lynn.

After a week of poor weather, Royce Rowe has expressed it was fantastic to get out for two laps on each bike on Saturday morning in perfect weather at the Manx GP. As the day went on, it got really warm – not Aussie warm, but enough for the Poms to start sunbaking!

Grant Medlock seems like he’s lapping it up at the Classic TT Races!

Tayla Jones snared a second place at the sixth round of the nepg enduro on the weekend.

Cooper, Harry and Jake Van Vliet have been lighting it up over in France at the MONDIAL DU QUAD 12H PONT DE VAUX. Give em’ hell boys. You are doing well on the quads!