ASBK Reset Calendar For An Exciting Conclusion To 2021

You are here: Home / Important Announcements / ASBK Reset Calendar For An Exciting Conclusion To 2021
Back 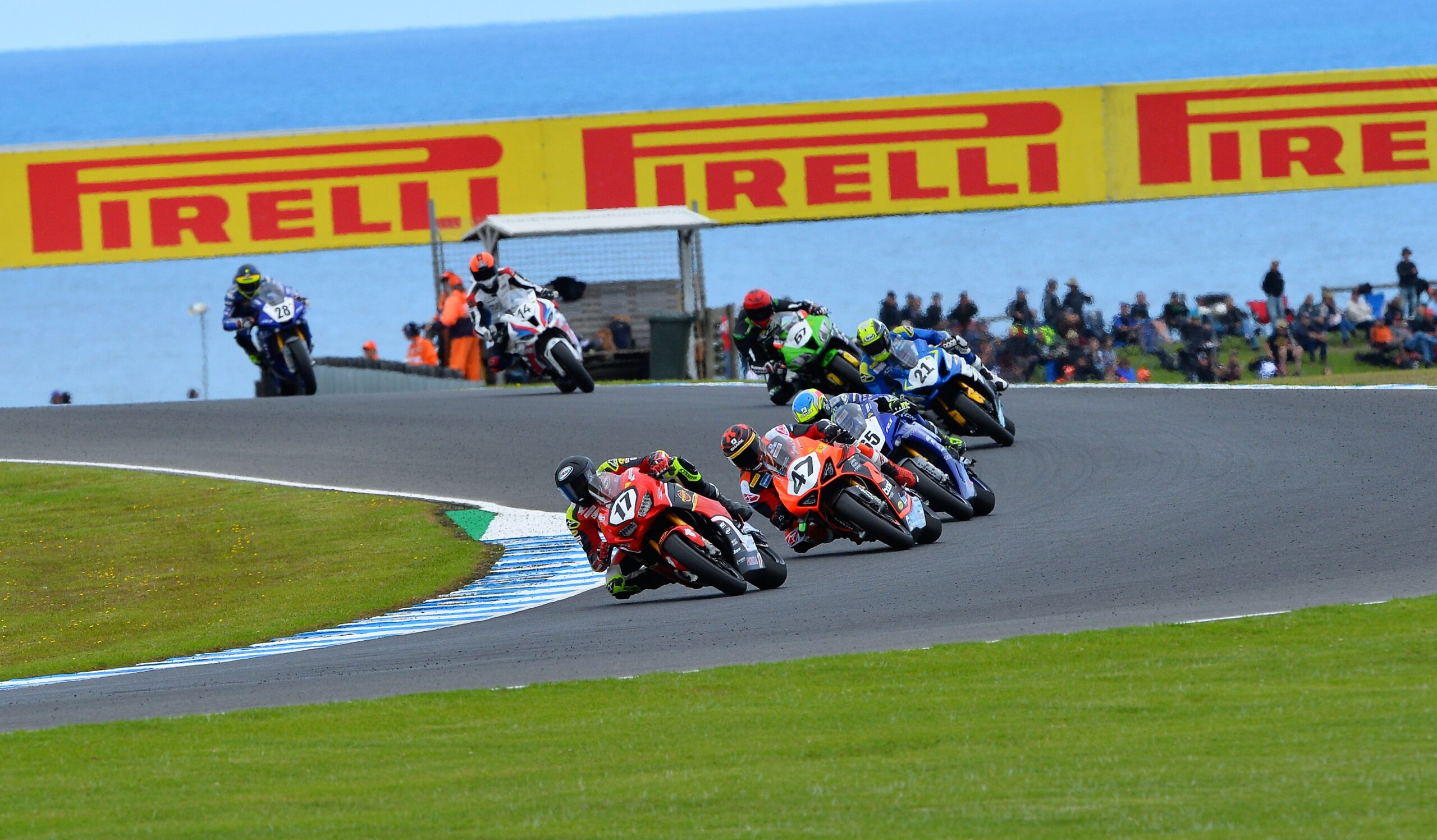 ASBK Management Team announces today a reset to the 2021 ASBK calendar to provide a targeted plan to return to racing in 2021.

With the current State Government border restrictions and lockdowns across the nation causing the postponement to the ASBK Championship, the ASBK Management Team has refocused its efforts to ensure racing can resume as soon as practical.

The 2021 mi-bike Motorcycle Insurance Australian Superbike Championship, presented by Motul, now consists of a new date for The Bend Motorsport Park and a realignment of other rounds to ensure the championship has the best possible chance to conduct the maximum rounds in 2021 for the Riders, Teams, and fans of ASBK. 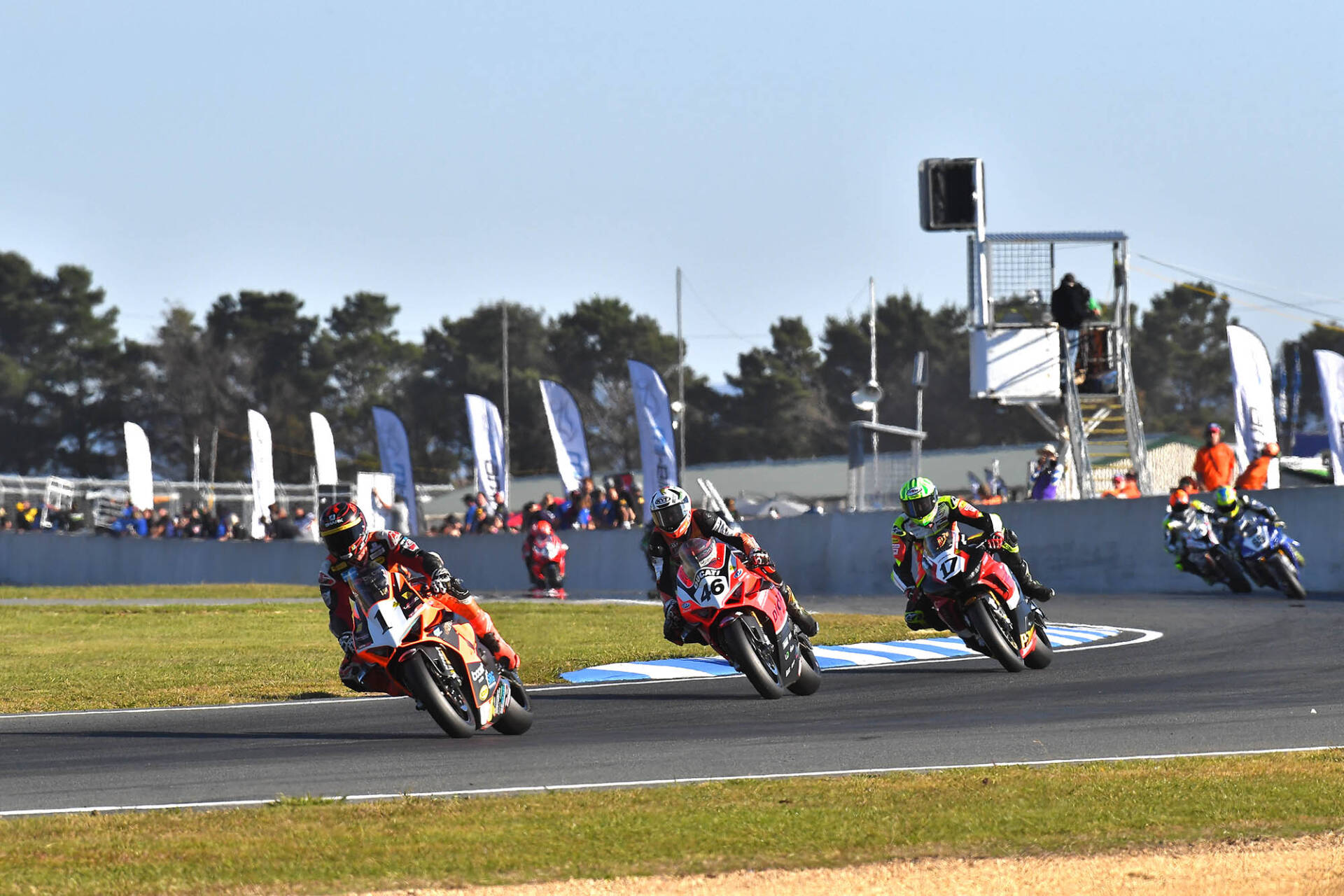 The mi-bike Motorcycle Insurance Australian Superbike Championship, presented by Motul, calendar will see the Championship next fire into action at the fan favourite circuit of Wakefield Park Raceway, Goulburn, NSW, for Round 5 on October 15-17.

The Alpinestars Superbike class will then head south for Round 6, joining alongside the Supercars for the all new Bass Coast Festival Of Motorsport at Phillip Island Grand Prix Circuit, October 22-24. Which was to be the MotoGP weekend and now will feature ASBK action.

For the first time, The Bend Motorsport Park in South Australia will feature all ASBK classes in a huge 4-day event of spectacular racing action for Rounds 7 and 8, November 11-14. The Alpinestars Superbikes will conduct a single round format (Round 8) over 3 races conducted on Saturday and Sunday. Whilst all other ASBK classes will race a double-header format (Round 7 & 8) also racing on Saturday & Sunday.

The event is shaping as a real feast for motorcycle fans which will include the Superbike Masters and both on-track and off-track activities and displays for race fans.

Round 9 – the Grand Finale of the mi-bike Motorcycle Insurance Australian Superbike Championship, presented by Motul – will see riders battle it out at Phillip Island Grand Prix Circuit, December 3-5, to see who will be crowned the 2021 ASBK Champions in all five classes.

If ongoing State Border restrictions cause continued delays which prevent ASBK rounds in October occurring, then the Alpinestars Superbikes will join other classes with a full double-header of rounds 7 & 8 at The Bend Motorsport Park in November.

The ASBK Management Team thanks riders, teams and fans for their understanding at this difficult time and can be assured that we are aiming to provide the best opportunity for riders to race at the maximum number of rounds possible.

The ASBK Management Team understand that this announcement today may cause inconvenience for teams and fans, but these necessary decisions in the current environment are required to ensure the ASBK Championship can proceed when practical.

Note: If Wakefield or Phillip Island 2+4 rounds are cancelled then The Bend becomes Double Header for SBK class with 2x Saturday races (Round 7) & 2x Sunday races (Round 8) activated.

Keep up to date with the latest news on the mi-bike Motorcycle Insurance Australian Superbike Championship, presented by Motul via www.asbk.com.au and following ASBK on Facebook and Instagram. You can also join our ASBK mailing list at www.asbk.com.au

Pictures by ASBK/Optikal and Russell Colvin