You are here: Home / Road Race / ASBK Mid-Season Review with Steve Martin
Back 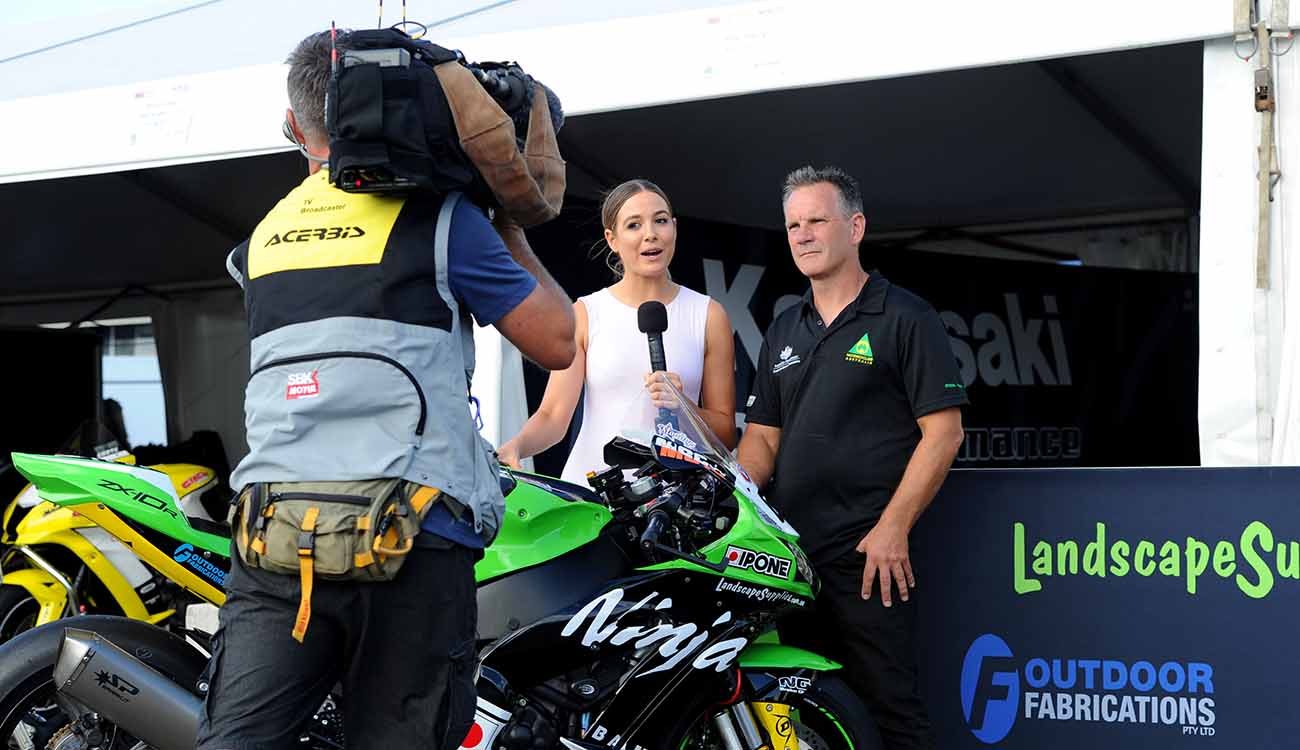 Which rider has caught your attention this season?
“Troy Herfoss (Penrite Honda, CBR1000SP) has been the man so far. He’s been quietly going about his business, always letting his racing do the talking. Troy has a pretty commanding lead at this point of the championship, which he deserves. It’s been a new team for Honda this year and he has adjusted brilliantly to that environment.

“He’s barely made a mistake all year, bar that dodgy start he had at The Bend. He still managed to come through the field and score good points. Troy is the one to watch at the moment and he’s coming to rounds like Darwin which should suit the Fireblade, I would also expect him to excel at Morgan Park.” 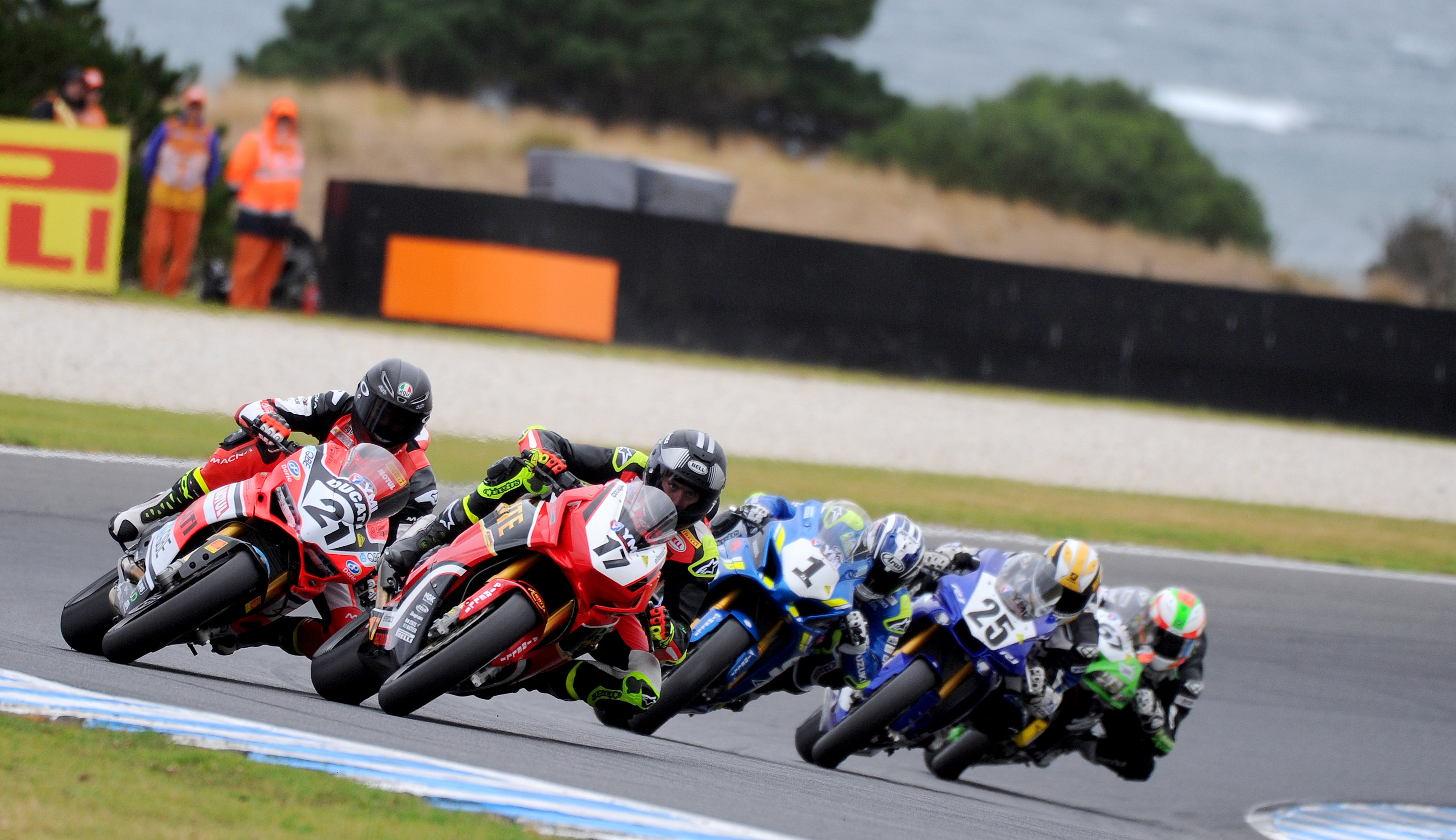 Personal highlights of the first three rounds?
“A personal highlight was seeing Daniel Falzon (Yamaha Racing Team, YZF-R1M) take a podium at The Bend. Daniel was leading the championship last year up until Darwin as a privateer and won several races. I think he’s got the monkey off his back now with that podium and he’s been very consistent to sit third in the standings.

“Bryan Staring (Kawasaki BCperformance, ZX-10R) winning on the Kawasaki was another big story back at Round 1. That was a brilliant ride when he came all the way from 13th on the grid to claim victory. He’s one that is making the most out of the equipment he’s got. The Kawasaki and its set up seems to be finicky, but when that bike is in the zone its very competitive.

“Anytime Wayne Maxwell (Yamaha Racing Team, YZF-R1M) gets on a bike, he’s an absolute highlight. You don’t know what you’re going to get. He can be so dominant and just when you think he’s about to take off with the championship, something happens.

“The overall highlight this year is that we’ve already had three different makes of bikes win this year and Troy Bayliss (Desmosport Ducati, 1299 Panigale FE) almost took victory in the first race! The rules seem to be right at the moment and to top it off, we have seven manufacturers taking part in ASBK.” 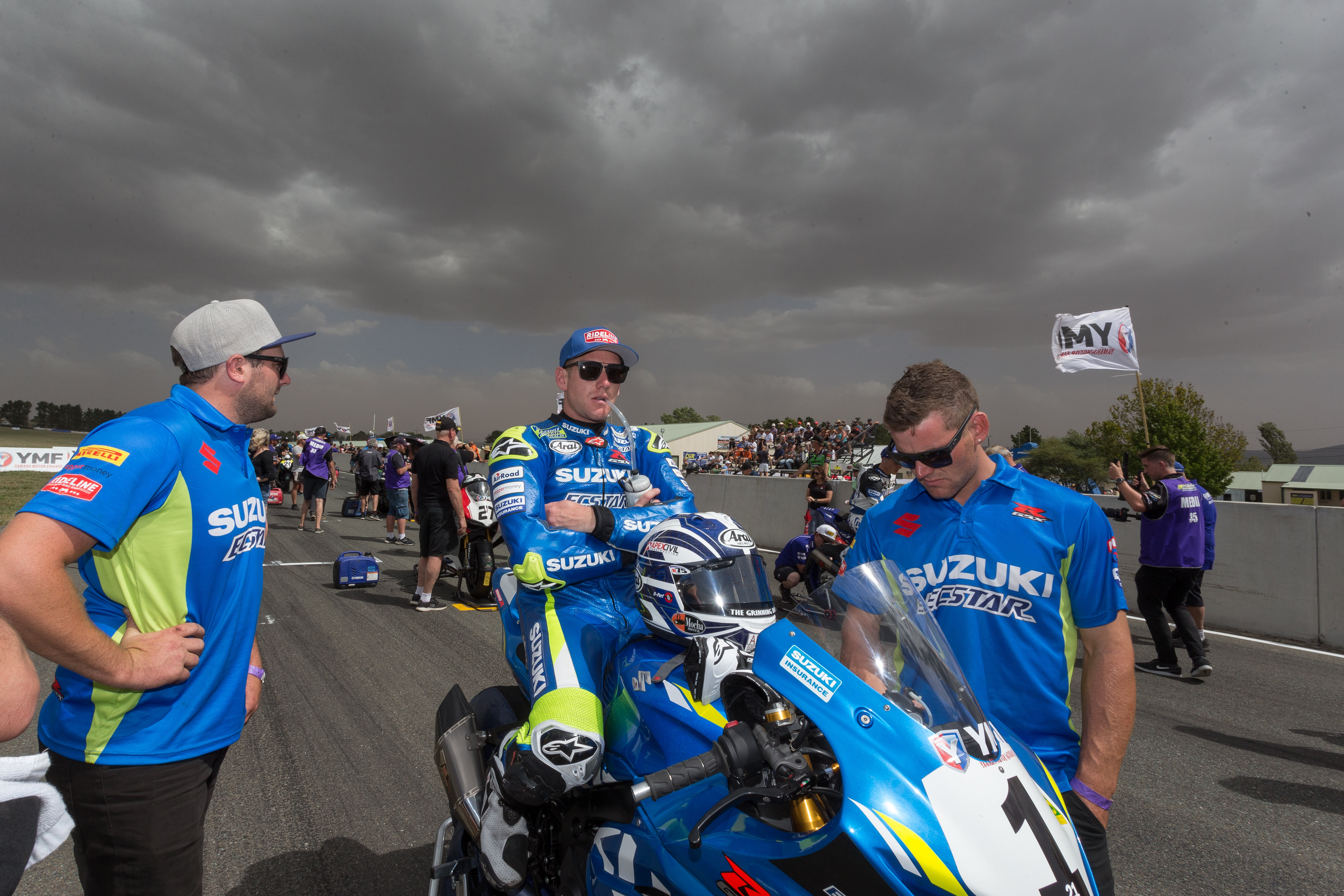 Which riders have failed to live up to expectations so far?
“A huge surprise to me is the fact that Josh Waters (Team Suzuki ECSTAR, GSX-R1000R) hasn’t won a race yet in 2018. He started very well with a pole at Phillip Island but it hasn’t quite clicked yet for him. Last year he was so dominant in the second half of the season. It just goes to show how the championship has gone to a whole new level in terms of competitiveness. He needs to start to start winning and it’s probably more mental than anything. If he doesn’t win at Darwin, the rest of the field will take confidence.

“Towards the end of last year, many were saying that the Suzuki is in a class of its own and how their bikes couldn’t keep up with the Waters, Suzuki combination. Now we can see that Josh was riding the wheels off that bike. It seems that the others have caught up and he hasn’t been able to show the same dominance.

“I expected a bit more from Glenn Allerton (NextGen Motorsports, BMW S1000RR) due to the fact that he topped the Official ASBK Pre-Season Test. He really needs to get his season back on track. The equipment is there and the team is there. We all know what he is capable of. Although it’s been a difficult one, it’s been a lot better compared to last year when he broke his leg. You can never write a three-time champion off and he can turn it around.” 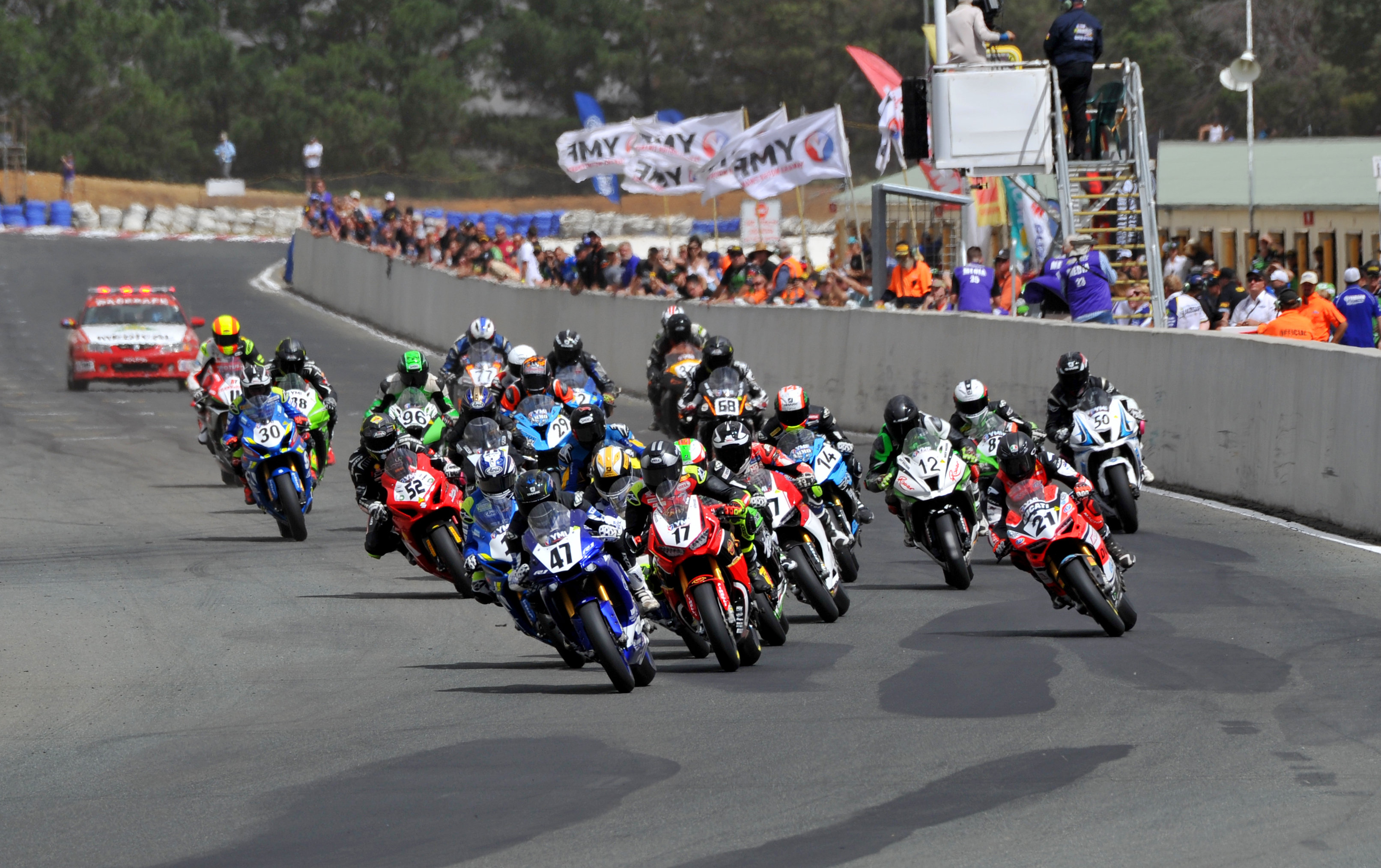 ​
Which of the younger riders have impressed?
“In terms of the younger riders, Kyle Buckley (Kawasaki BCperformance, ZX-10R) really impressed me at Wakefield Park. He really seems to ride well at the tighter and more technical circuits. He still needs to work on his consistency but his ride at Wakefield really stood out. Mark Chiodo (Team Suzuki ECSTAR, GSX-R1000R) is another rider that is doing what he can to learn and improve. He was really dominant in the Supersport class last year but too many crashes cost him the championship. He just needs to fly under the radar, learn his craft and he could be one to watch out for in the future.”

What have you made of the return of Troy Bayliss to ASBK?
“In terms of Bayliss and the Panigale, it’s a fabulous bike but it’s not the easiest to ride in the world. On its day, it can be sensational but you really have to nurse the bike around the track and Bayliss really likes to muscle a bike. Considering that, I think he’s done a phenomenal job and has shown he can still compete with Australia’s best.” 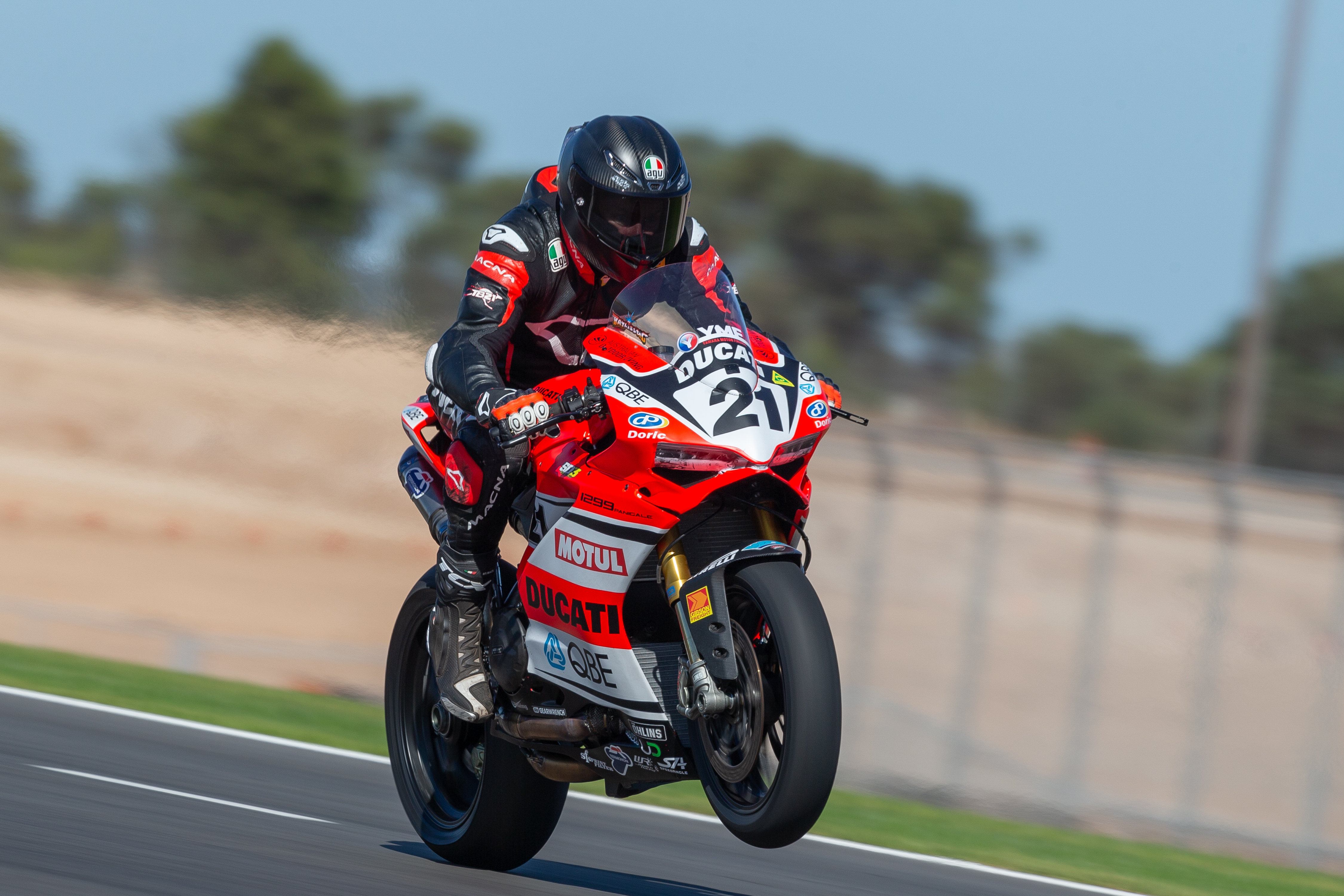 What can we expect to see at Darwin?
“Hidden Valley is a very fast track. It has many right-angled corners and a slow drive into the straight, so bikes with good bottom end and top end will do well there. The Suzuki has those characteristics. Aerodynamics are also very important there and lighter riders can make the difference for greater top speed. There are plenty of overtaking opportunities, but it’s hard to make a clean pass there. We could see plenty of biff and barge. It’s just the nature of the racetrack.

“Waters has to be the rider to look out for and he’s ready to win after the disappointment of last round. If he doesn’t turn it around this round that might be the end of his championship run. Keep your eye out for him. Maxwell has it all to play for as well, he needs to give it his all to claim that championship lead from Herfoss. I’m sure all he has on his mind at the moment is beating him.” 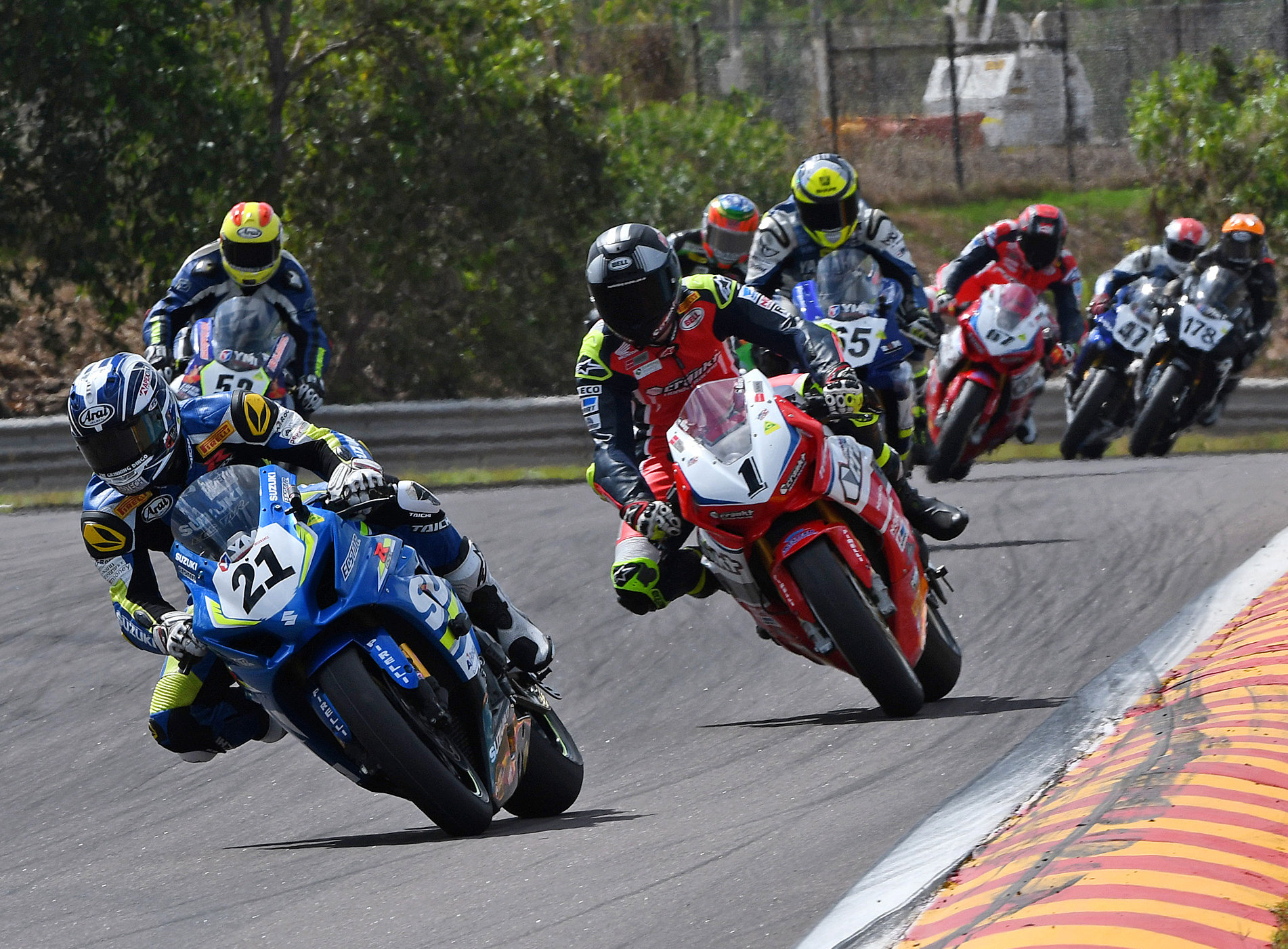 It will be fascinating to see who can rise to the top in the second half of the season. It truly is anyone’s game. Be sure to get yourself trackside to catch all the action or grab a seat in front of the telly for SBS, Fox Sports and ASBK livestream!

Grab your tickets for Round 4 here and if you can’t make it to Darwin, don’t forget you can catch all the action live on SBS, Fox Sports and via ASBK livestream at asbk.com.au and on ASBK’s Facebook.