The ever-popular Speedway and Dirt Track events are on again with a vengeance this year at the 2019 Shannons Insurance Broadford Bike Bonanza (SIBBB), with a goal of surpassing last years packed extravaganza.

Australia’s most decorated Speedway World Champion, Jason Crump, will return to Broadford with father Phil Crump, who is no stranger to the winner’s circle either, riding three special solos prepared and owned by the hyper collector Rod Hunter of RH8 Motorcycles. These bikes include:

A larger than life, wild man of the sport, Jones was a winner of the Speedway Sidecar Championship in 1982. Never backing away from a dare, Jones famously rode a motorcycle off a 40-metre cliff into the Murray River and cemented his notoriety. With numerous broken bones and 13 skin grafts, Jones has stated that the 2019 SIBBB will be his last ride, so don’t miss out seeing the original wild man bow out! 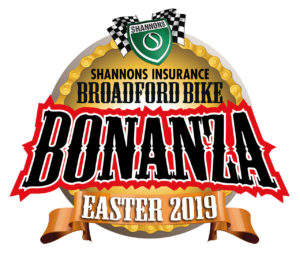 Speedway Sidecar Champion in 1987,1996 and 2003, Cleave also scored two Australian National titles, seven State titles, 14 podiums and two third places in overseas series’, all with swinger Dave Power. Also featuring this year for the SIBBB’s sidecar spectacular is McCurtayne, renowned Speedway Sidecar Champion from 1984 to 1986, New South Wales State Champion from 1983 to 1984 and 1987 to 1989 and rode Grasstrack in the United Kingdom!

Filling out the remaining feature spots this year are Nash and Soutar. Nash completed an extremely successful Speedway Sidecar career, as the Speedway Sidecar Champion from 1988 to 1989, whilst also holding six in a row Western Australia Championship titles. Nash is also known for his battles out on the track with Soutar, the 1990 Speedway Sidecar Champion. Soutar cut his teeth in the cut and thrust of Speedway, building his own outfits before going to great success on the tar, riding the world Road Race Sidecar F1 Championships, pushing into the top podium positions.

Coming with the Champions are 15 distinctly unique speedway sidecars from the pre-1990 era. The ground-shaking and ear-throbbing sidecar Vincents are back with no less than eight bikes confirmed! 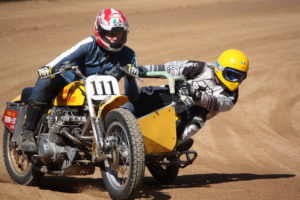 On the solo front, luminaries include Jason and Phil Crump, Phil Hearne – a member of the victorious 1976 World Speedway Team with Phil Crump, John Boulger and Billy Sanders (deceased), and John Titman, arguably the greatest ever home-grown Speedway rider ever produced in Queensland. With a career that began at the Brisbane Exhibition ground as a novice teenager in 1969 to at the height of his powers being the Australian Champion and battling with the world’s best on the biggest stage of Speedway at the Wembley Stadium for the 1978 World Speedway Championship, Titman has just about done it all!

With these Sidecar and solo homegrown heroes appearing at the action-packed Easter long weekend, this is the year you do not want to miss!