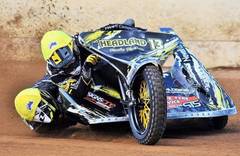 Motorcycling Australia (MA) is pleased to announce the draw for both the 2018 Australian Senior and Junior Speedway Sidecar Championships, ahead of the single round event set to showcase Australia’s best Speedway Sidecar competitors to take place from the 13th to 14th of April at Oakburn Park Speedway, Tamworth.

After a one year hiatus, there will be familiar names in the Junior field, including; Jack Treloar, Adam Niesche and Nate Headland, to name a few contesting the Junior Australian Championship.

For the 2018 Australian Speedway Sidecar Championships, this year will see a new race format with a time trial introduced for the seniors, ahead of a qualifying race prior to the main championship race.

Oakburn Park’s Paul Slade sharing; “In a first for the Australian Championship, a new initiative of time trial is being introduced. Paving the way for over 50 nominations, which is a record for Australian Speedway. Riders will be given three flying laps, to set their fastest time, with the top eight going through the qualifying race.”

The MA Speedway Commission are also very excited to announce that the 2019 Australian Senior and Junior Speedway Sidecar Championships are to be run at Maryborough Speedway Queensland, 20 – 21 April, 2019 (Easter long weekend).