You are here: Home / News / 2018 Australian MXoN Team Announced
Back 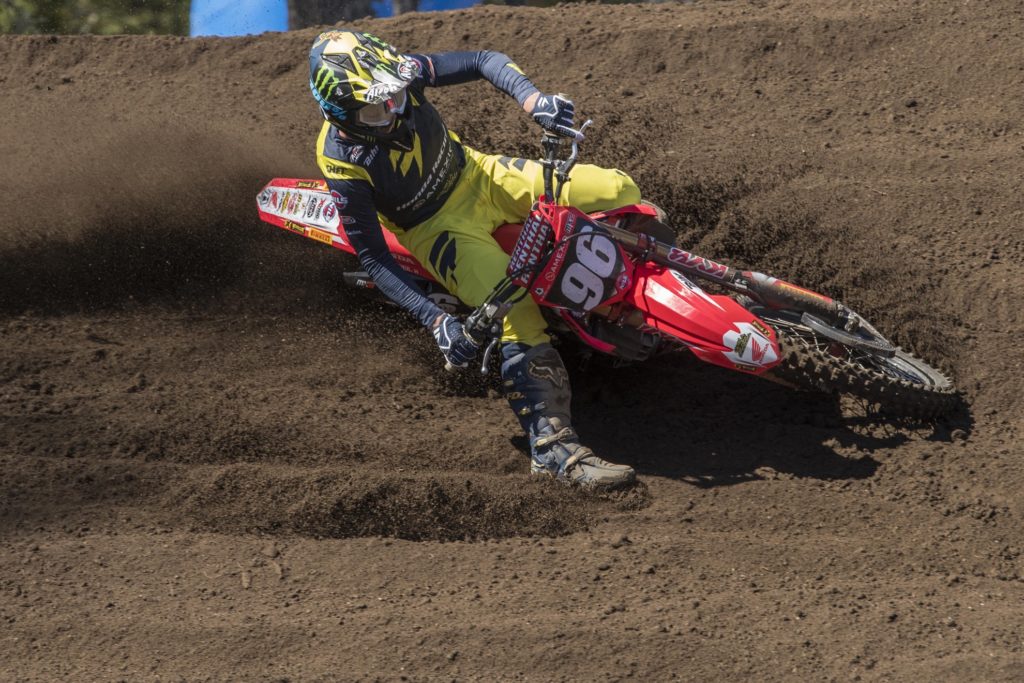 Motorcycling Australia (MA) is pleased to announce the 2018 FIM Motocross of Nations (MXoN) team selected to represent Australia at Redbud, America on October 6-7 2018. Often called the ‘Olympics of Motocross’, the famous event often exceeds all hype with an electric atmosphere, as capacity crowds cheer on their nation’s best.

Australia will send a three-man team which includes Hunter Lawrence, Kirk Gibbs and Mitch Evans, to compete against the best motocross riders in the world. The team will be looking to back up and better last years efforts, where the team placed in sixth position overall.

KTM Motocross Racing Team’s Kirk Gibbs will represent Australia at this year’s MXoN at Redbud. After making his MXoN debut last season, Gibbs is back and ready to once again race alongside the worlds best. His 2018 MX Nationals season was impacted by injury in the back half of the season, but before the injury Gibbs was sitting in second position in the MX1 standings. A fully fit Gibbs could play a pivotal role within the Australian team as he makes his return from injury.

“I am extremely happy with the selection as it was a bit of unknown this year with my injury, but I’ve been working hard off the track hoping for this call. Coming back for a second year is great, the butterflies wont be as bad and just getting the chance to put the green and gold on is such a privilege. Big thanks to those who selected me and have shown belief in me,” finished Gibbs. 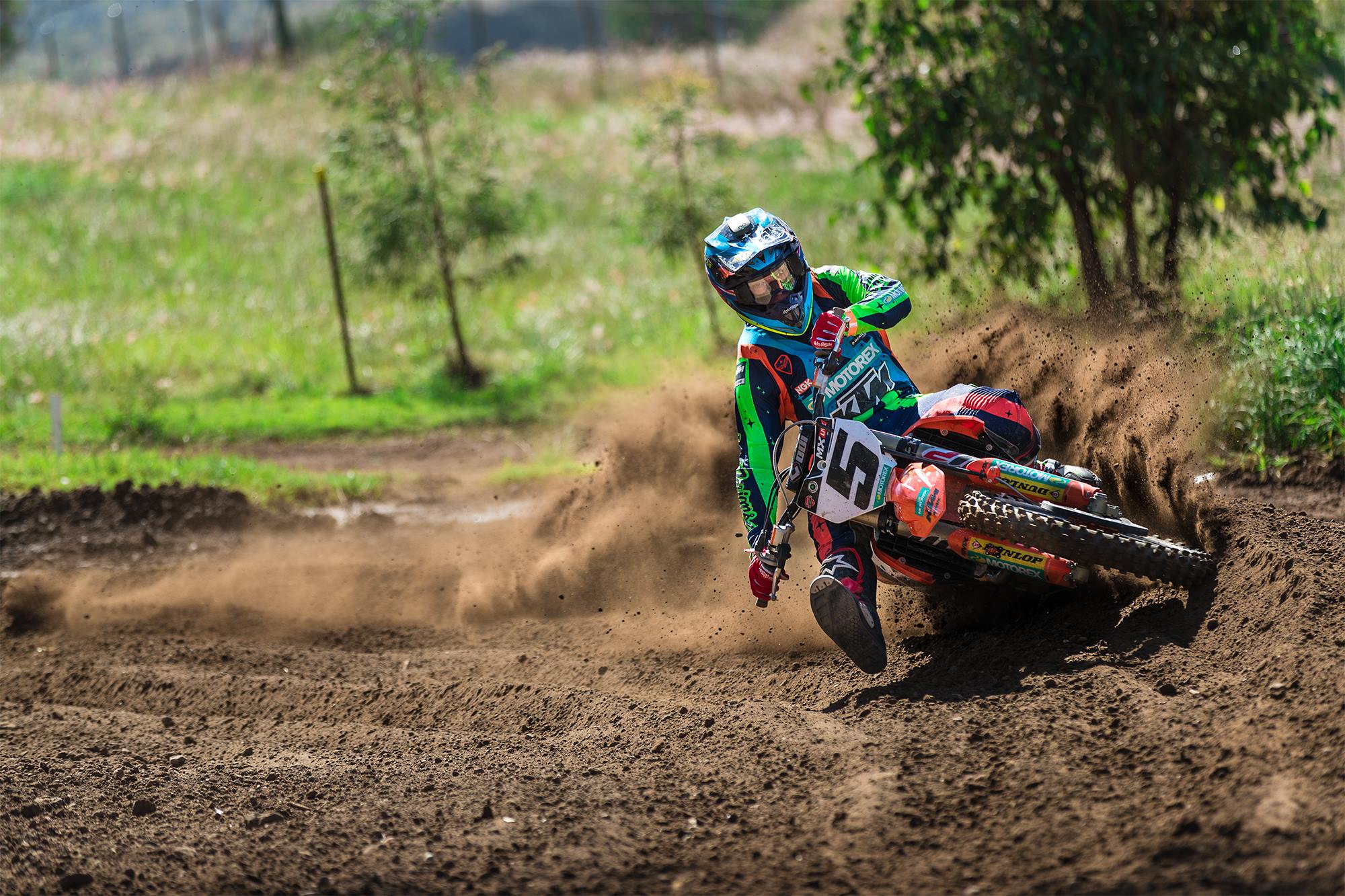 Donning the Green and Gold again for the Australian team will be Gieco Honda star rider Hunter Lawrence. Lawrence, who has spent the 2018 season riding in the MXGP class. The highlight of his 2018 season so far being; a second place in moto one at the Grand Prix of Patagonia of Argentina. Lawrence with his experience competing on the world stage will be well versed against the strong competition in his class.

“I’m super stoked to get the opportunity to represent my country again this year at Motocross Of Nations in Redbud USA. I am really hoping to do my country proud again and look forward to the weekend, and also catching up with the fellow Aussie riders coming over on the team! I am proud to be racing for my country!” said an excited Lawrence. 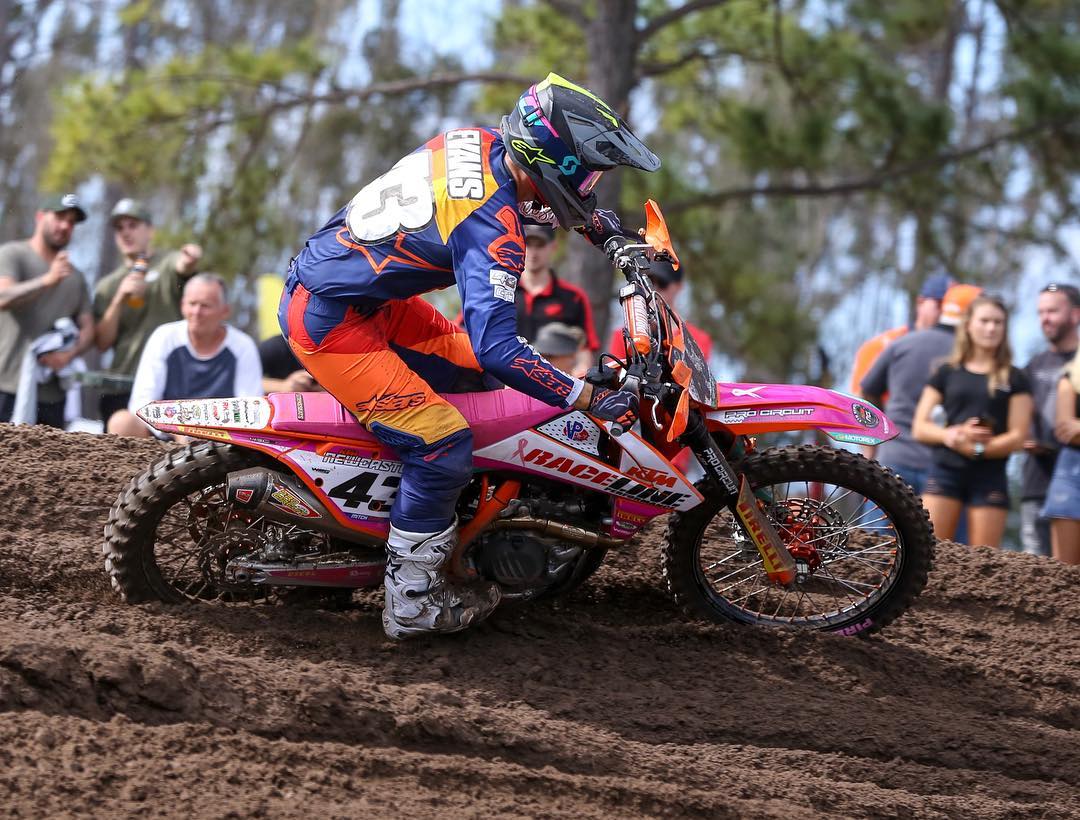 Coming fresh off finishing in second position in the MX Nationals MX1 class, Mitch Evans will represent Australia on his Raceline Pirelli KTM. One of Australia’s brightest motocross prodigies, Evans will thrive on his second opportunity to test himself on the world stage.

“This year it was one of my goals to be selected, and my team and I put in a lot of work this year and for that to pay off is great. For me to be selected for the Australian squad initially not like back in 2016 when i was called up for injured riders is awesome. I am ready to go this year absolutely miles ahead of where I was back in 2016,” said Evans.

Michael Byrne will be the Team Manager of the Australian Team for the first time at the 2018 MXoN with former team manager Greg Benn assisting.

Byrne is excited with the crop of riders representing Australia and feels this MXoN will be one for the record books; “I’m really happy with the group of guys selected this year. I think we have a strong team of riders who all have previous experience at MXoN and will all bring their best efforts in representing Australia. Red Bud is always such an awesome atmosphere, add the fact that it’s hosting an MXoN, it will no doubt be one for the record books so I’m excited for the guys and hope we do the Green and Gold proud this year,” finished Byrne.