What To Watch At The Bend: ASBK Round 3 Preview With ASBK Ambassador Steve Martin

You are here: Home / News / What To Watch At The Bend: ASBK Round 3 Preview With ASBK Ambassador Steve Martin
Back 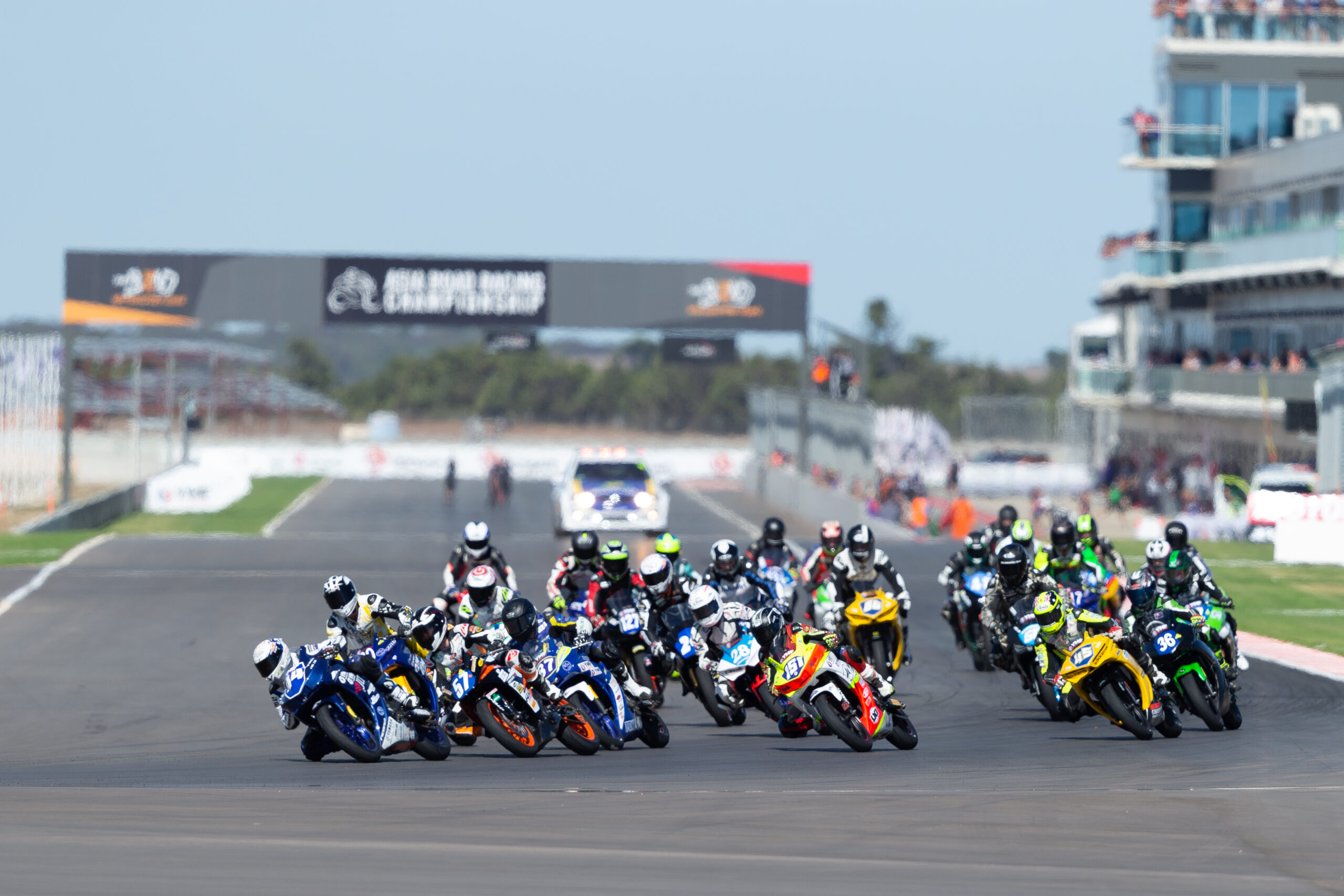 As we near the upcoming weekend’s raw magnitude for Round 3 of the 2019 Motul Pirelli Australian Superbike Championship (ASBK), former Endurance World Champion and ASBK Ambassador, Steve Martin, reflected on the season thus far and the scorching competition expected. Running alongside the Asia Road Racing Championship (ARRC) at Tailem Bend, South Australia from April 25-28, the ASBK paddock has delivered unparalleled racing, exemplifying the true-blue sportsmanship Australia has to offer.

Heading into Round 3, get up to speed on all the ASBK paddock and the Australian wildcards selected for this weekend’s racing in the ARRC.

Tell us Steve, what are your thoughts heading into Round 3 this weekend?
I’m really looking forward to The Bend. It’s going to be the pinnacle of the year so far, especially with the amount of racing that we’ll see with the ARRC and ASBK coming together!

I’m particularly looking forward to the ASBK racing, based on the superb racing we’ve seen in Rounds 1 & 2. It looks like things are closing up with Troy Herfoss reasserting his dominance last time out, and Cru Halliday – boy what a performance he’s put in so far to be leading the Championship!

Tell me what you think of Cru Halliday. Obviously, he’s leading the Championship but he must now be looking for his first race win. What do you think will be going through his head at the moment?
Cru leads the Championship although he hasn’t won a race yet. I don’t think he can be too unhappy considering he continues to put in consistent rides and always makes the podium, so it’s just a matter of time before he scores his first win. With this weekend’s meeting  set to be as big as it is, and being televised to such a large audience, I think we can expect Cru to start taking those extra chances to get that podium. 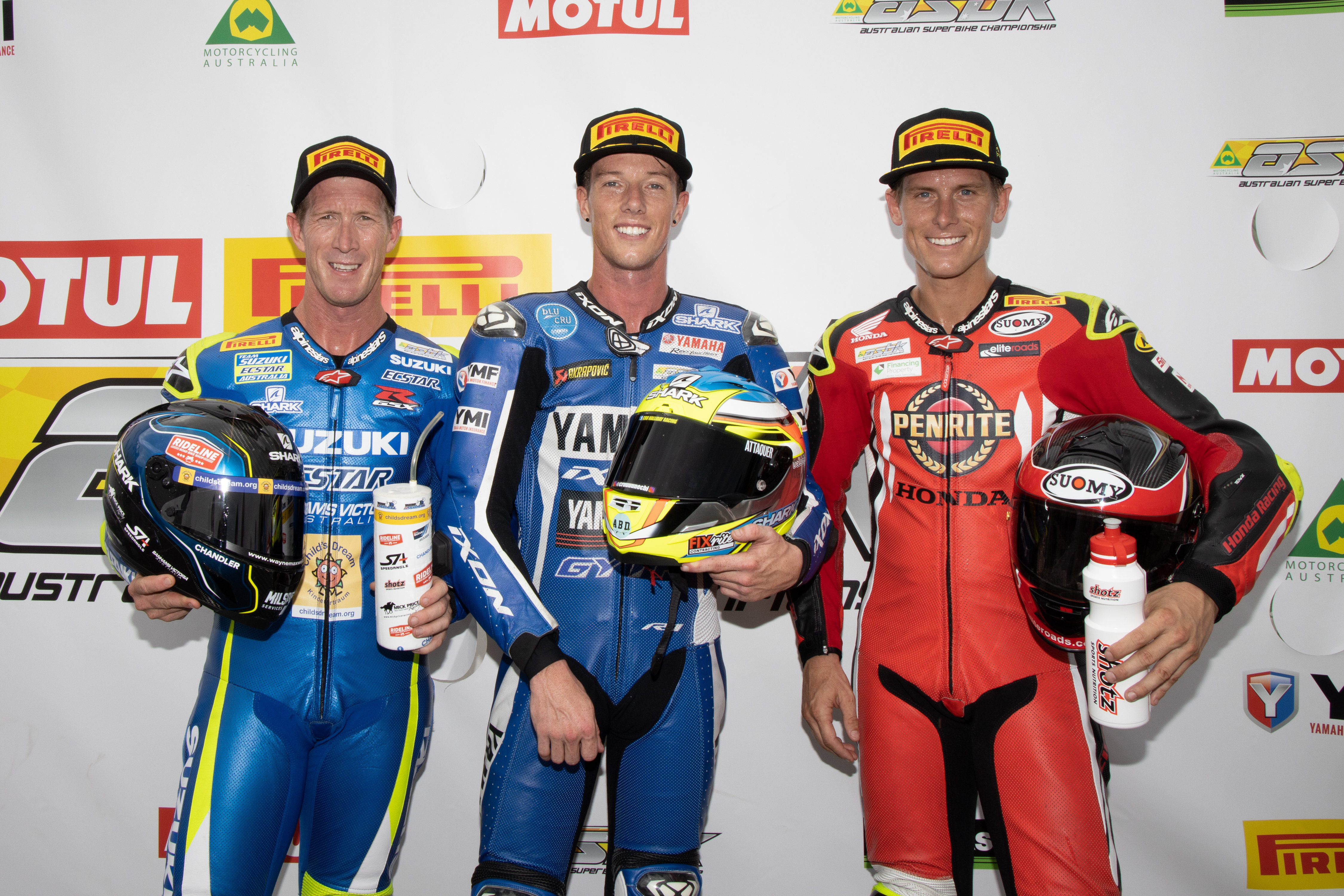 Bryan Staring is pulling double duty on the Kawasaki. It’s a big task for him! Do you think he’s up to it?
I’m really looking forward to watching Staring this weekend. Obviously he’s one of the Dunlop runners in ASBK, and in ARRC they solely use Dunlop, so it won’t be difficult for him as far as tyres go. ARRC is a very tough Championship, so I think the BCPerformance Team, with extra racing time under their belt, will see some very good results.

Staring also has some good results at Tailem Bend back in 2018, so it’s a track he knows and rides well at. 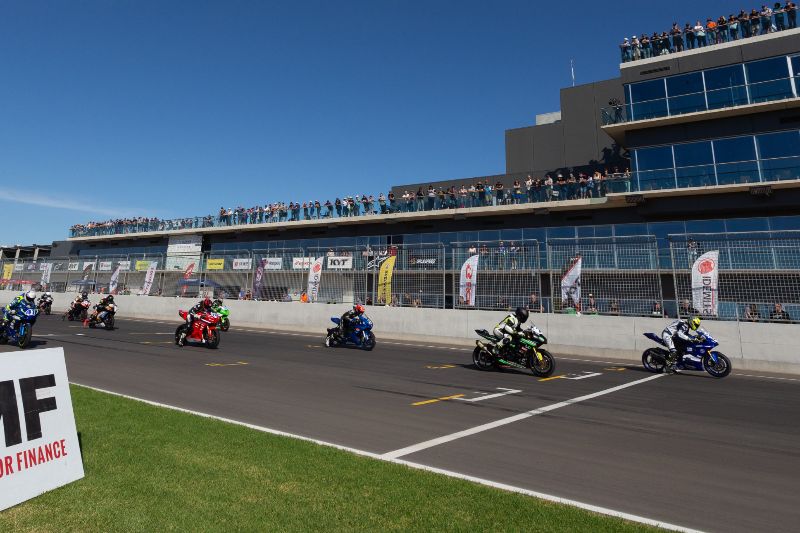 Speaking of ARRC, Australia has some wildcards entered. What are your thoughts on how these wildcards will go up against the best of the ARRC?
It’s going to be tough for our locals that are entered into the ARRC this weekend. I take my hat off to them because its going to be a great experience and I think they’ll do reasonably well.

It will be hard to land on the podium, but I hope that we see at least one of our wildcards in the top five or six!

Last but certainly not least, we’ve got a bit of treat from New Zealand with their latest Supersport Championship, Avalon Biddle, joining ASBK for the last five rounds. Do you think she will take it to Tom Toparis in the Supersport category?
I’m really looking forward to seeing Avalon compete in ASBK. I first saw her ride roughly five or six years ago and she was a good runner then! By all reports she has become a very fast rider, so it will be interesting to see her in action and truly see how she’s progressed over the past few years.

I am really excited to see how she goes in the Supersport class, especially considering how many young guns are currently in that class!

International MotoFest, including Round 3 of the Motul Pirelli Australian Superbike Championship and Round 2 of the FIM Asia Road Racing Championship, kicks off at The Bend Motorsport Park on April 25-28. Don’t miss it!

Want to get up close to the action? International MotoFest tickets are still available! Grab yours now, visit thebend.com.au for more information or to purchase.

Keep up with all the action from the Motul Pirelli Australian Superbike Championship by following us on Facebook and Instagram. For news, video content, rider profiles and much, much more, visit ASBK.com.au. For more information on the Asia Road Racing Championship, visit asiaroadracing.com