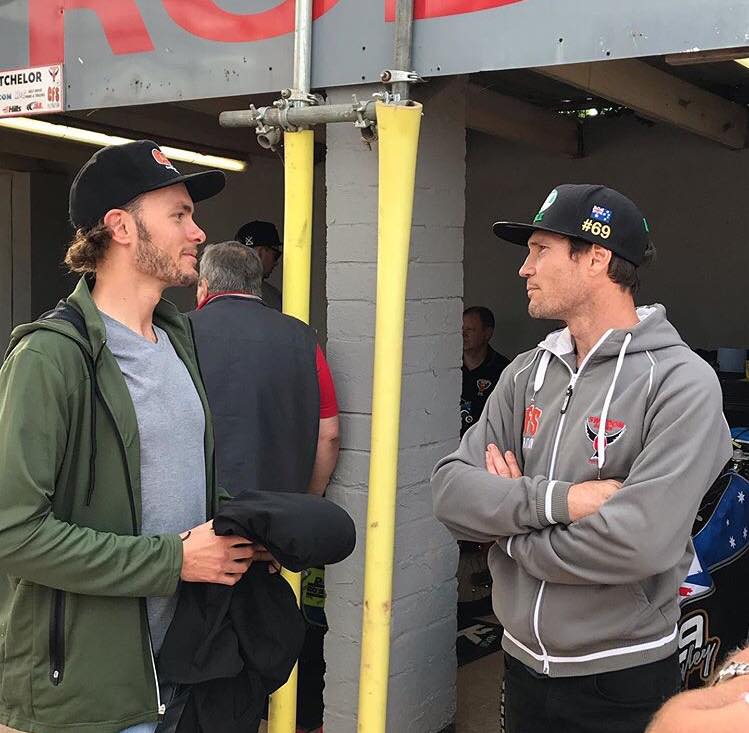 Another weekend done and dusted in the world of motorcycling racing across the world for Aussie riders. Our very own Joey’s were flying the Aussie flag in the world of Speedway in Manchester. Billy Van Eerde took to the tar at the fifth round of the FIM CEV Repsol Moto3 Championship. And finally, in the World Motocross Sidecar Championship, Brian Anthony was jumping his way into the points.

Australians very own Jaimon Lidsey, Jordan Stewart, Kye Thomson, Matthew Gilmore, and Zach Cook finished fourth overall at the FIM Team U-21 World Championship, which was held at the National Speedway Stadium in Manchester England. The ‘Joey’s’ scored a total of twenty-one points for the evening.

Young gun, Billy Van Eerde, ventured off to Aragón to compete in the FIM CEV Championship. After setting the nineteenth fastest time in Qualifying one, he managed to improve his times in the second Qualifying session, finishing tenth. His overall combined times resulted him starting from twenty-first on the grid. However, come race time, it was an unfortunate non finish for the ASIA TALENT TEAM rider.

South Australian’s Brian Anthony expressed via social media that last weekends World Motocross Sidecar Championship was an overall a good Grand Prix with Cuche team. Despite having engine dramas in the opening race, the second race saw him finishing fourteenth.

Ky Woods took out second place at the World Junior MX Championships in Italy overnight in the 65cc World Cup. Well done to our other Aussies who were flying the flag for Down Under, which included – Kayden Minear (65cc), Cambell Williams and Ryder Kingsford (85cc) as well as Alex Larwood and Blake Fox who rode in the 125cc Class.

James Pearson took a fantastic second place at the FIM Speedway Youth Gold Trophy two weeks ago. While we are at it, lets not forget the effort from Maurice Brown who came home in eighth place!