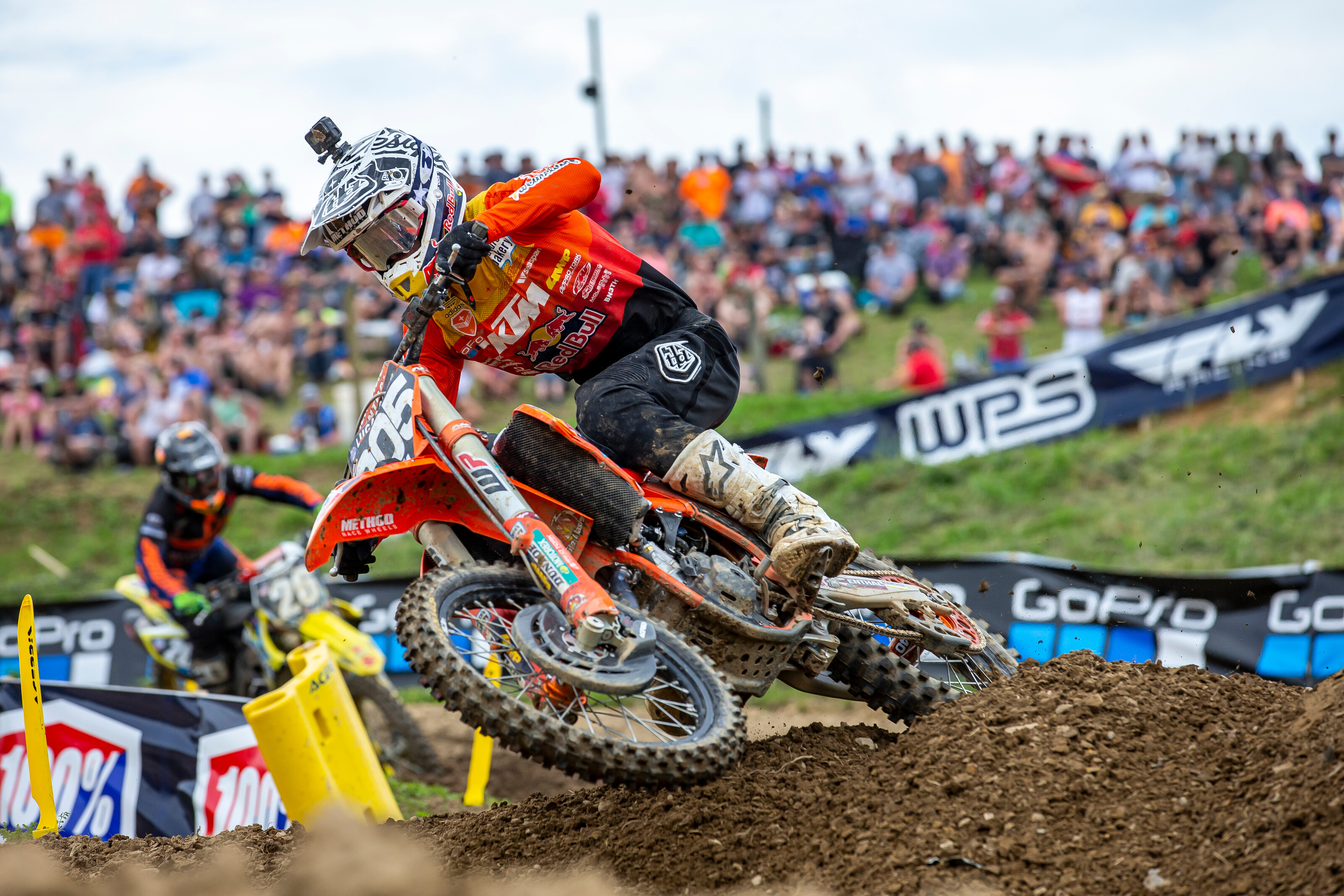 It’s Monday, and that means it’s time for another wrap-up of Aussies in action overseas. Road racing action from Spain, Malaysia and the UK was complemented by Speedway action from the Czech Republic and Motocross action from both sides of the Atlantic ocean.

On the dirt, Hunter Lawrence (Honda) was on the second step of the podium at Highpoint (Mt. Morris, Pennsylvania) for the Lucas Oil Pro Motocross Championship in the United States,  with a win and a third place enough to secure second overall in the 250 class. Wilson Todd (KTM) also cracked the top 10, finishing in 10th spot. Dean Ferris (Yamaha) was 11th overall in the 450 class with a pair of 11th place finishes.

Across the pond at MXGP in Kegums, Latvia, the MX2 class saw a number of Aussies competing. Jed Beaton finished 10th overall on the Husqvarna, whilst Mitch Evans (Honda) fell heavily in the second race and relied on his 12 points from Race 1 to leave him in 15th overall for the round.

Jack Miller (Pramac Ducati) avoided the carnage at the front of the Spanish MotoGP at Catalunya to finish a creditable fifth, despite late-race pressure from the two Team Suzuki ECSTAR riders Alex Rins and Joan Mir; Marc Marquez (Repsol Honda) once again romping away at the front for an easy victory.

Remy Gardner’s horror run of outs continued in Moto2, taken out at Turn 4 on the very first lap. “It should have been a good race for us today but that’s racing.” Gardner said. “I made a good start, got up to ninth and then someone train wrecked it into Turn 4, tagged my front brake and that was that.”

The Anlas Czech FIM Speedway Grand Prix took place in Prague this weekend, with Aussies Max Fricke and Jason Doyle in action. Doyle finished fourth to give his championship standing a boost, now sitting ninth. Running as a replacement for World Champion Tai Woffinden, Fricke was leading the points standings at the final heat, before finishing 3rd in his semi-final and missing out on the final.

Pleased to have had a good GP in Prague! Top points scorer in the heats and just missed out on the final. A big thanks to my team and everyone behind the scenes. Looking forward to next time! 📸@photographie_by_niklas

Josh Brookes took two races from two at Brands Hatch on the BeWiser Ducati to be named King of Brands for Round 4 of the Bennetts British Superbike Championship. He’s currently third in the championship, behind fellow Ducati riders Tommy Bridewell (Oxford Racing) and BeWiser teammate Scott Redding. Jason O’Halloran (McAMS Yamaha) recorded an eighth and ninth finish in his two races in round four of the British Superbike championship which elevates him to 10th in the rider standings. In the support categories Levi Day (IN Competition, Aprilia) finished fifth and eighth in the Pirelli National Superstock 1000 Championship’s two races, with Brayden Elliott (No Bull Racing) 12th and 19th.

Queenslander Sharni Pinfold made up five places in Race 2 of the 2019 HEL Performance British Motostar Championship races, finishing in ninth from 14th on the grid. She now sits tenth in the championship.

Three of our young road racers took to the track in the Idemitsu Asia Talent Cup across the weekend, looking to impress as they continue on the Road to MotoGP. Harrison Voight just missed out on a podium position as he came in fourth, with the Oceania Junior Cup’s Jacob Roulstone finishing in ninth spot. Luke Power also put in a solid effort to finish just outside the top 10 in 11th.