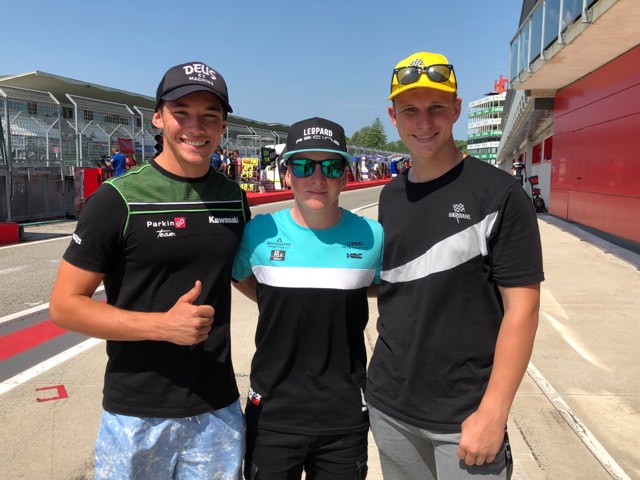 The rain was unescapable for some of our Aussie stars across the weekend, with both the Asia Road Racing Championship and the British Superbike Championship being held in conditions that made life difficult for riders, spectators and officials alike. Despite the dreary weather in some parts of the world, it was mostly blue skies results-wise, with Australia’s U21 Speedway team leading the charge. Australia’s MotoGP stars hit Assen for the Dutch TT, and Australia’s motocross stars hit the dirt at Southwick.

Team Australia have qualified for the final of the FIM Speedway U21 World Championship in Manchester later this month, team captain Jaimon Lidsey leading the squad to a berth in the final with a superb performance in Vetlanda, Sweden for the semi-final. They will face Great Britain, Poland and Denmark in the final.

MotoGP went to the spiritual home of Grand Prix racing for the Dutch TT at Assen in the Netherlands. Jack Miller rode a calm and measured race to finish ninth on the Pramac Ducati.

Right left right. Good first day here in assen just didn’t get the most out of the soft felt good on the hard tyres great to be back here at the cathedral

First Aussie to take pole in the second-tier series since Casey Stoner back in 2005, Remy Gardner (Kalex) started from first on the grid in Moto2. He had a good start to the race, battling with Brad Binder and Xavi Vierge in the early stages of the race. A moment at the left-hand hairpin onto the back straight dropped him back to seventh, before it went from bad to worse as Gardner hit the deck and crashed out of the race.

Round 4 of the Asia Road Racing Championship went to Suzuka Cicuit in Japan’s Mie prefecture, in weather that at times was more suited to jetskis than it was to motorcycles. Broc Parkes battled mechanical problems in the first race to clinch a hard-fought victory, clinching the win with an outstanding pass around the outside of turn 18 to take the lead. Parkes backed it up with a second-place in the rain in the second race to cap off a great weekend for Yamaha Racing Team ASEAN.

Travis Hall (Hi Rev SCK Honda) raced once again in the unique Underbone 150 class, representative of the machines that are so commonplace throughout Asia. He finished 18th in the first race, however failed to finish the second race when the worst of the conditions hit.

Brayden Elliott (No Bull Racing Suzuki) finished 13th in Race 2 for Superstock 1000, with fellow Aussie rider Levi Day showing just how bad the Scottish weather got over the weekend!:

Featured Image: Aussies Tom Edwards (ParkinGo Kawasaki), Joel Kelso (Team Leopard Junior Italia) and Jack Mahaffy (Extreme Racing Bardahl) at Round 3 of the Italian Campionato Italiano Velocita (CIV) at Imola on the weekend. Edwards came third in the second Supersport 300 race after being excluded from the first, Kelso finished 9-3 in the two Moto3 races, and Mahaffy 14-10 in Supersport 600 (Image: Supplied)