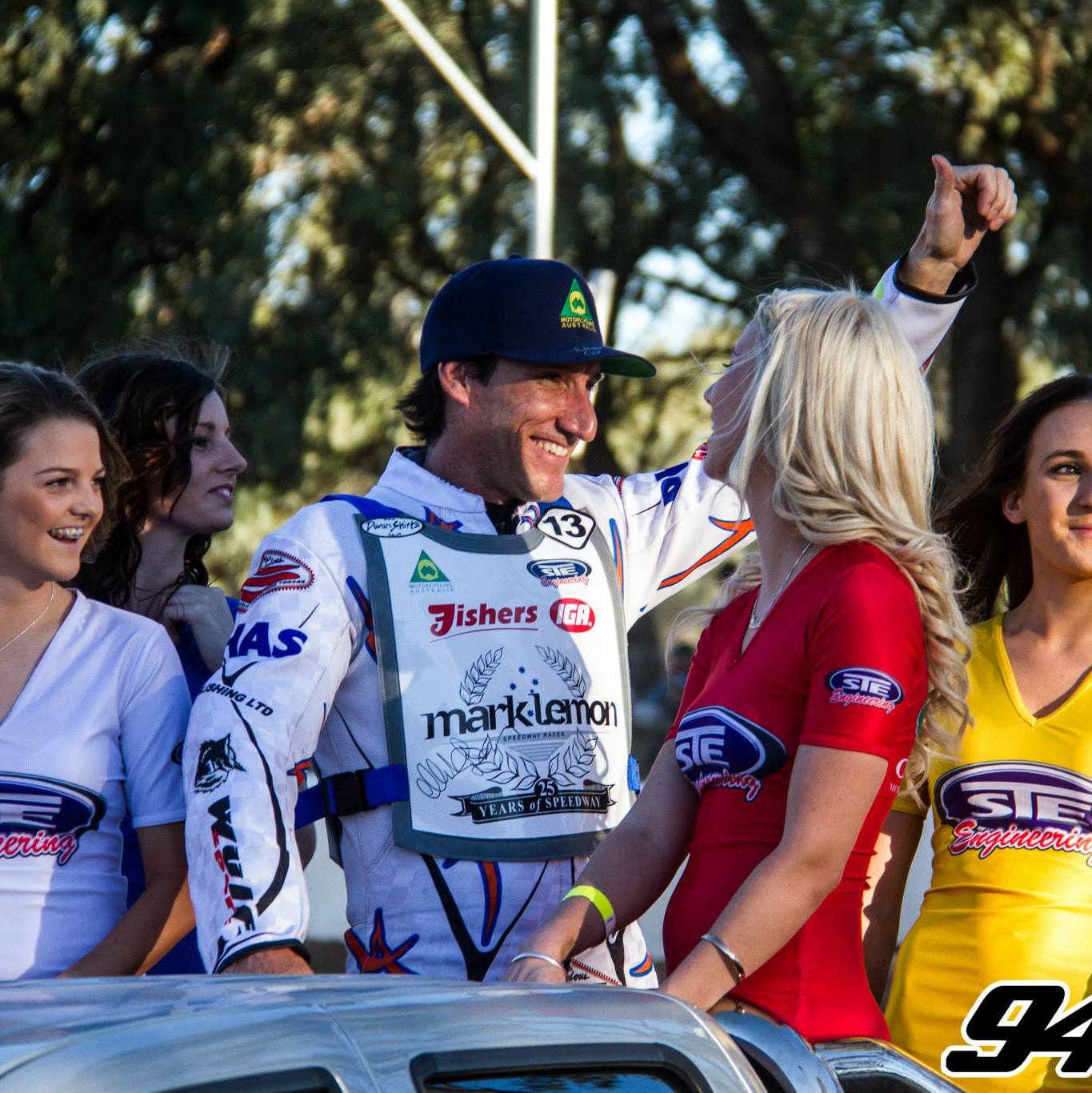 What got you into motorsport?

I always liked motorbikes growing up and I shared with my sisters and brother a Honda Z50 that we used to take on camping trips on the Murray River. So my liking for motorsport grew from riding bike and that with regular visits to Mildura’s Olympic Park Speedway watching my childhood hero Phil Crump my interest grew from there before joining the Mildura Junior Motor Cycle Club.

What got you into volunteering?

It became a natural progression from my competing days by staying involved in a sport that I have a strong passion for. I’ve been fortunate enough to have been able make a living from it for nearly three decades during racing days in Europe and at home and happy to pass on my experiences I’ve gained and hopefully help evolve the sport and generally help out.

How long have you been a volunteer with MA?

I was still racing at the time in 2011 when the current Australian Speedway Team Manager Craig Boyce asked me to take over his position for 2012 season. I was honoured to take the opportunity although it was a pretty hectic time as I was still racing myself and continued doing the both for another 3 which had it challenges. So all in all it been seven years going in to eight.

What’s your favourite thing about volunteering?

I guess it the fact you can put a bit back in to the sport that you’ve been luckily enough to have taken from it. Being able to pass on from drawn on experiences and avoid pit falls to make the sport a safer place for a better experience for the next generation of riders.

Most memorable moment whilst volunteering with MA?

I’ve been luckily to be involve in many FIM World Team Cup Championship events across Europe with the Australian team but being involve the Speedway Grand Prix held in Melbourne was pretty special alongside the FIM U21 World Team Cup Final in my home town of Mildura.

Best experience as a volunteer (best event etc.)?
It’s great when the events go off without a hitch and seeing happy riders go home safe and sound, having had a great time hanging of the throttle.

Best advice you’ve been given?

Take everyone’s advice and filter out what advice is best suited to you. I also like, Pyramids are built from the top.

Haha easy, the ones I used to win on but to be fair, I never really had a favourite track when I was racing. If I had to choose it would be Pioneer Park, Brandon, Queensland. Only rode there a couple of times but always loved it. Wide open turns and straight with plenty of racing lines – yup full gas and safe.

There has been loads of them from Phil Crump, Ivan Mauger, Craig Dack, Glen Bell, Stephen Gall to Wayne Gardnier, Mick Doohan, the Troy’s Corser and Bayliss and Tony Rickardsson just to name a few, but I will have to say it’s Darcy Ward. It’s a great shame Darcy cruelly suffered a careering ending injuries as the kid was a game changer.

Who know what Darcy would have gone on to win but he was the most talented person I’ve witnessed on a motorbike.

What 2019 event are you most excited for?

Now that there isn’t going to be an Australian FIM Speedway Grand Prix in 2019 it will have to be the FIM Speedway of Nations in Russia this July.