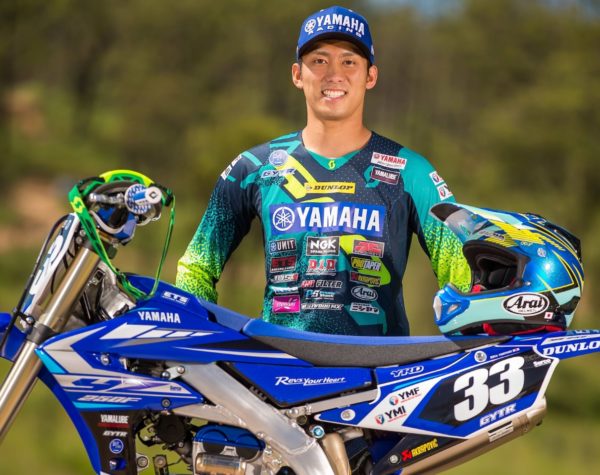 Yamalube Yamaha Racing Team expand to three riders in 2020 with Japanese rider, Kota Toriyabe, joining Jay Wilson and Levi Rogers on the team and contesting the MX Nationals.
21-year-old Toriyabe, will contest the MX2 class mounted on a YZ250F as part of a program to fast track the development of Japanese riders that will further bond Yamaha Motor Corporation and Yamaha Motor Australia.

Finishing third in the all Japan Motocross Championships in 2019, Toriyabe landed in Australia in January to look over the Yamalube Team and some training facilities but is now in Australia until the end of August and already working closely with Wilson and Rogers. 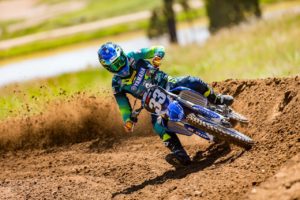 Its quite an honour to have Yamaha Japan approach us about assisting Kota and work with him to bring out his full potential,” explains Yamaha Racing Development Supervisor, Scott Bishop.
“He finished third in the Japanese National championship last year and he is a rider that we believe has not reached his full speed or potential. Since landing in Australia, he has ridden and trained alongside both Jay and Levi and has fitted in perfectly.

“He is just finding his feet with our tracks and getting acclimatised to Australian conditions. He left Japan, he had been unable to ride as it was snowing, and he walked into a 35 degree heat wave in Brisbane the moment he landed.

Toriyabe can be seen regularly at the practice tracks around Brisbane preparing for the season ahead and already has contested the Mountain Man event in Toowoomba where he finished inside the top 10.

Joining him as his full time mechanic will be Tsuyoshi Watanabe. Watanabe just spent the summer working with the JCR Yamaha team in New Zealand where he spun the tools on the Maximus Purvis YZ250F as he raced to the MX2 New Zealand championship.

Yamaha Motor Australia look forward to working with Yamaha Japan on this project and are excited to assist Kota reach his goals in his racing career.