You are here: Home / News / TomEGun on Tour Part 7: Tom’s UK Adventure
Back 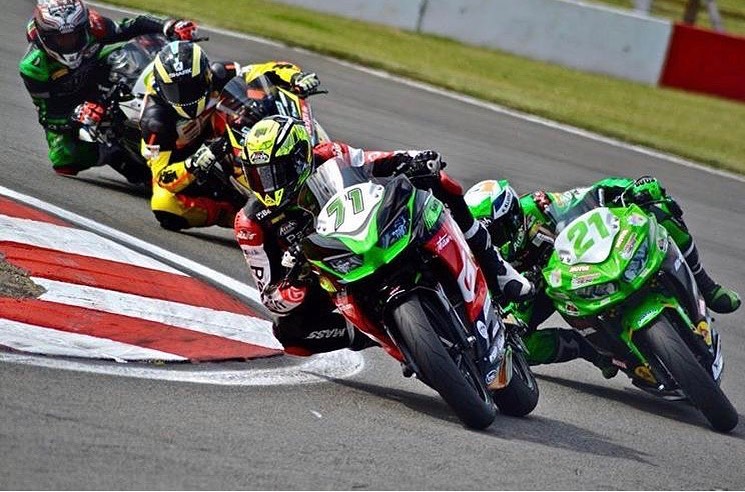 Last week (5-7 July) Tom was off to Donington Park in England for Round 5. After battling back through the field from the back of the grid during the last round at Misano in Italy, he was looking for a return to form at the British circuit.

Round 5 and we were headed to Donington Park, Derby England for the final race before the summer break in the Championship. It’s cheaper to travel on Tuesdays, so Mum and I flew to London, then drove to one of our friends’ houses in Wales. It is close to Chaz Davies parents’ house and has a great Go Kart track so I could do some Mini Moto for a couple of days before the race. Practicing before a race can be tricky, even on smaller bikes like the KTM85 I was riding. It’s a great way to have fun, practice setting consistent fast times and perfect fitness training, but the priority is not to get injured! It can be difficult as a racer not to push 100 percent!

Thursday morning we left Wales and drove halfway across England to Donington. In Australia this would be a massive trip, even to travel from state to state, but we arrived in only two hours. As usual, I went straight to the track to get my gear organised and checked and do a track walk and found there were some new tar patches from the last year, so I did two laps to make sure that I knew where all the new patches were. I made sure that I “bumped” into a few riders I knew who were very experienced and had raced on the new surface! They all said the same thing: the new surface had more grip.

Before Free Practice 1 on Friday morning I was really confident, I liked the track and had great preparation. The first four laps of the session were strong, and when I looked at my pit board and I was fourth fastest: good start. But on lap six, I saw there were some riders ahead going slowly just before the chicane, waiting to set themselves up for a slipstream down the following straight. I knew this was going to be dangerous, so I backed off a little and prepared for them to do something silly. Unfortunately, another rider behind me didn’t see them. He overtook me on the entry to the chicane, just as the other riders tipped in onto the racing line. He tried to avoid them, grabbed a handful of front brake and crashed, sliding straight into me. I went down as well, with a hard hit to my arm, shoulder and head.

I walked off the track headed to medical. We decided to rest my shoulder for the next session, so a few trips to the Physiotherapist and nurse was about all I could do for the day. It was a great opportunity to watch the session from the service road and get some tips from the other riders in my class.

By Saturday morning I was still very sore and thought there was no chance I could ride. After a few hours of moving my arm, taking anti-inflammatories and warming up, my shoulder was feeling a little bit better so I went out for FP3. The track was a little bit wet and a little bit dry so I went out on wets, did one lap then pulled in and changed to dry tyres. My shoulder didn’t feel great. It was difficult to tuck in, the right hand corners weren’t so much of a problem because your arm stays tucked in, but through the left corners and in the change of direction where I had to stretch my arm out, it really hurt and it was difficult to make the bike tip in.

Luckily for me, qualifying was wet which means all the movements are a bit smoother and not so aggressive, which was perfect for my shoulder. I was easing my way into it, every lap was faster than the previous as my shoulder felt better and better. I qualified 16th out of the 55 starters which was fantastic. 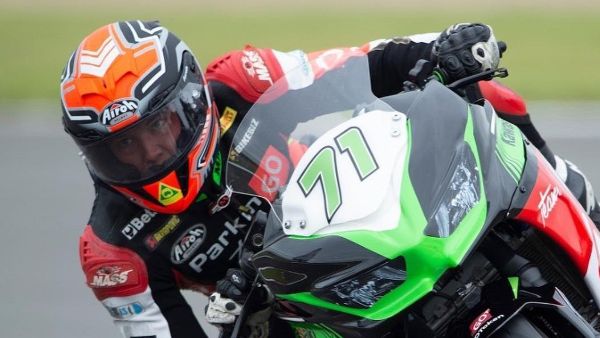 Sunday morning in warm up the track was dry and ready for good lap times again. I went out in the 15-minute session and decided to set the bike up the same as Friday because I hadn’t had a proper dry session since then. It was really difficult to change direction and to get the bike to turn into the corners with the weakness of my shoulder. We decided to leave everything the same for the race except we lifted the suspension up to make the bike more agile even though the stability wouldn’t be as good. This hopefully would be much easier on my shoulder to turn into the corners and change direction.

In the race I made a strong start and moved forward six positions. I felt the bike had a great set up and I could have been heading towards a finish on the podium or at least in the top five, I was excited! On lap 3 I exited the last corner onto the straight and it wouldn’t change into third gear. It took until about halfway down the straight before if finally changed into gear and by then about eight people had gone past me. The same happened down every straight so after two laps I was back in last. Not only was the bike slow on the straight, it was difficult to ride through the corners so I retired from the race. Quickly, I ran upstairs in the truck got changed out of my gear, jumped on my bicycle and crossed under the track to watch the end of the race with some friends. Pretty disappointing.

It is now the summer break so I have some time to train, head home for a couple of weeks and get fully ready for the next three rounds. I had my strongest finishes there last year, so hopefully it will be another good result.