TomEGun on Tour Part 7: Portugal Push – From Mid-Grid to Outside the Top 10

You are here: Home / News / TomEGun on Tour Part 7: Portugal Push – From Mid-Grid to Outside the Top 10
Back 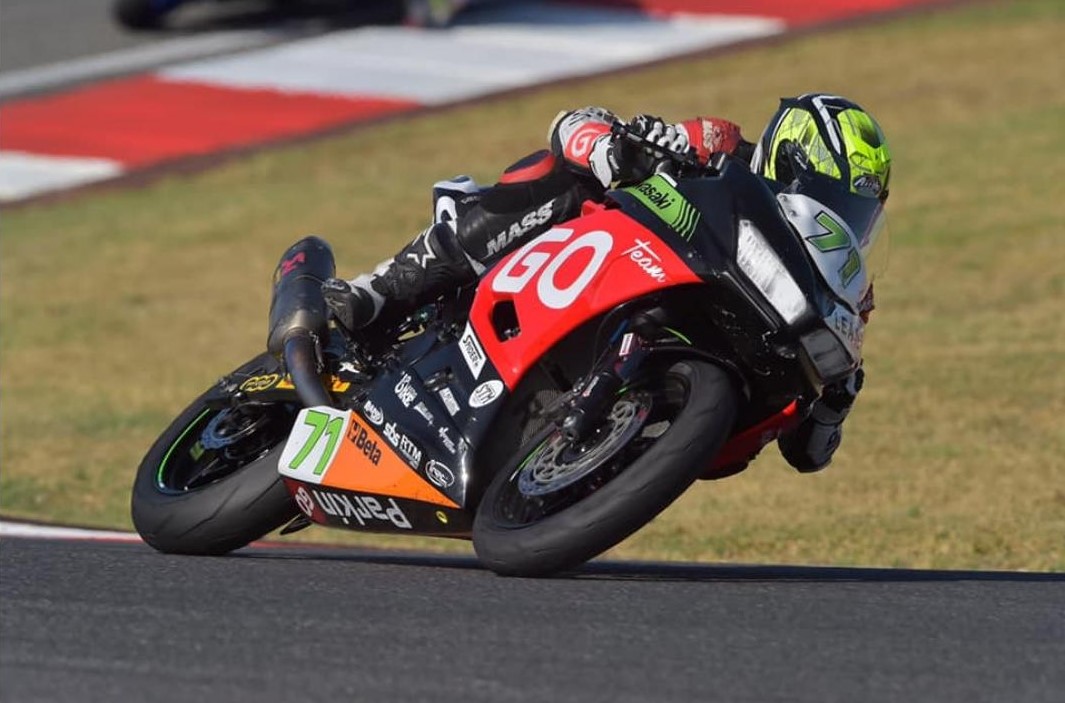 This weekend Tom is off to Circuit de Nevers Magny-Cours in France for Round 7. After a long summer break, TomEGun finished just outside the Top 10 at Round 6 in Portugal. This past weekend Tom took a podium in Race 1 of the CIV (Italian) Supersport 300 Championship.

Here’s what Tom had to say:

Two weeks before the race our team tested at Portimao. The test went great for my two teammates and I. Coming into the round we all had high expectations of how the weekend would go.

It was the first round this year where I was lucky to have my dad with me. It was great because it gave me the added advantage that he could watch from around the track, take photos and compare me to other riders. This is something he has always helped me from when I first started racing, he has been at every single meeting that I raced in Australia in dirt track and road racing.

The weekend didn’t start perfectly, with a few bike set up problems but we were moving in a good direction. Qualifying certainly didn’t go as planned. This has definitely been one of my weak points all year. Qualifying 27th meant it was going to be difficult for me in Sunday’s race. In warm-up on Sunday morning we tried different gearing than I had used in practice and qualifying. I was faster than I had been all weekend so I was feeling good for the race.

At the start of the race I had planned to go to the outside in the first corner, thinking that everyone would go on the inside which is the usual line. Being so far back and behind a lot of riders I am faster than, they would be slow on this line. The outside worked for me and immediately I was passing riders. The whole race I was fighting, working my way forward. By the final lap I had caught the group that was fighting for third position. I pushed the whole race and made 16 passes to finish in 11th position. I was happy with this considering where I started.

For the rest of the season my focus will be on qualifying because I know I have the speed … I just need to start in a better position. So for now I’ll spend time watching videos of qualifying sessions and talking to more experienced riders about possible tactics I can use to improve.