You are here: Home / News / ‘TomEgun’ on Tour Part 4: Rain puts a dampener on Imola WSBK
Back 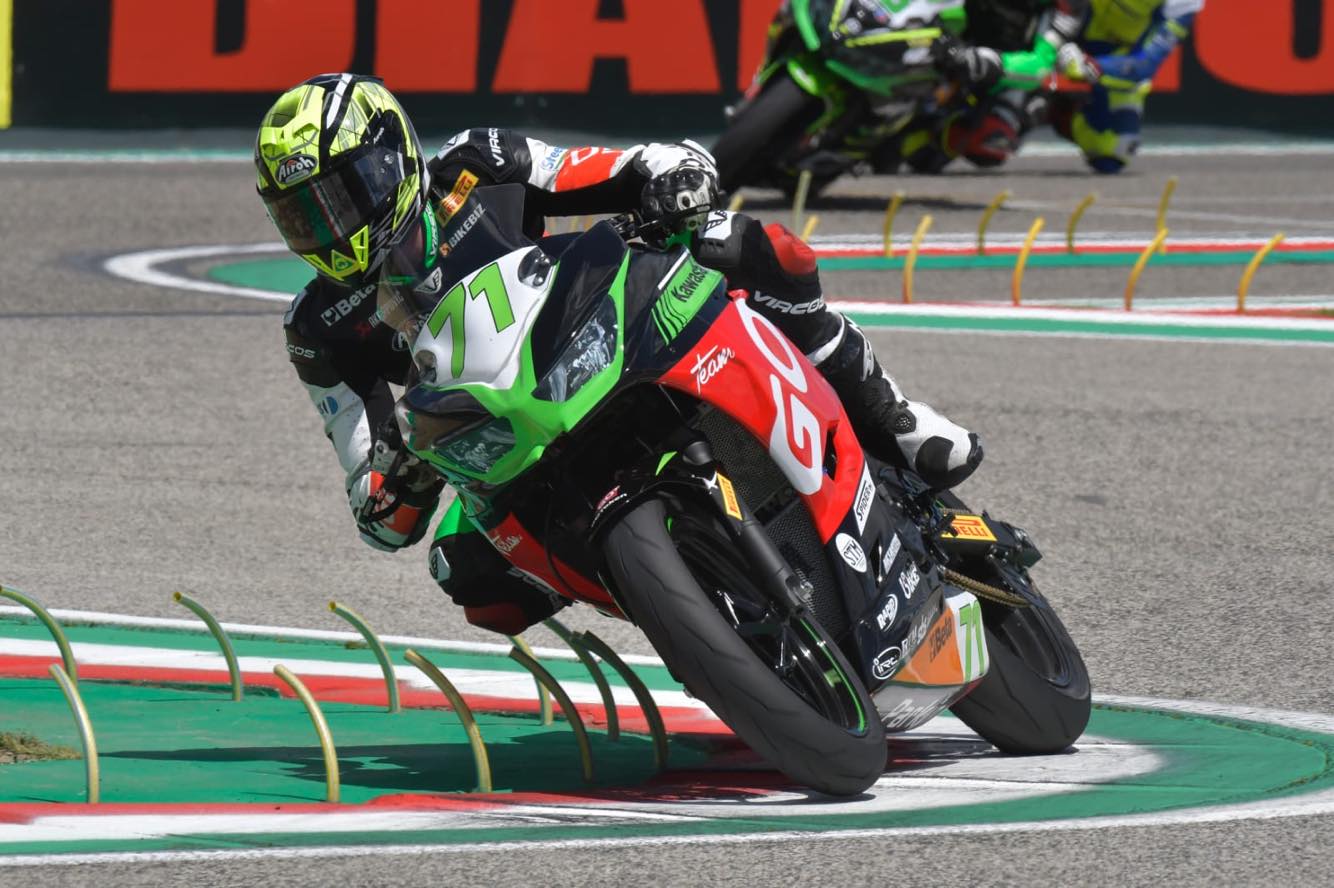 With a disappointing result at Assen in the Netherlands after a big crash, Tom was looking to bounce back and provide a good performance at Imola in Italy:

Last weekend was Round 3 of the 2019 FIM Supsersport 300 Championship in Imola, Italy. The 3 weeks since last round had gone quickly; I decided to give myself no room to doubt my preparation and worked harder than ever to prepare. I also raced CIV (Italian road racing championship) in Mugello from 27-28 April, struggling at first with a new track before ending the weekend with a podium in the rain. After that I was confident heading into the Imola weekend, especially with rain predicted for Sunday.

I did the track walk with my two teammates (Spaniard Manuel Gonzalez and Italian Filippo Rovelli) and Fabian Foray, who is our rider coach. Even though I have been to Imola before, it was a full year ago so it’s always good to refresh your memory and chat about how to get quicker. Once we had walked a lap I did another lap on the bicycle just to make sure that I knew the back half of the circuit the best I could. Friday morning I was really excited to be back on the bike again. At the last round at Assen in the Netherlands, I had a big crash and the bike wasn’t in the best of shape afterwards, so I had a new bike for this round.

Before qualifying I studied the timesheets with Fabian and we found some riders who I should try and go on track with, to take advantage of their slipstream and set a fast time. So when a particular very fast Yamaha rider rode down the pitlane past my pit box, my mechanics pulled the tyre warmers off and I went to follow him. But he slowed down and stopped right in the pit lane, forcing me to change plans. A fast KTM rider went past at that moment and I thought instead of sitting there letting my tyres go cold, I would go on track with him instead, which turned out to be a bit of a disaster.
I followed the KTM rider around the whole lap, but as we came close to pit entry he slowed down and threw his leg off the bike to indicate he was entering the pits, not doing a fast lap as I had hoped… which was exactly what I didn’t need! I met up with my teammate and we tried our best to work together, slipstreaming and passing each other around the track. But it was really windy, so two riders wasn’t enough on a track like Imola to create enough of a slipstream and improve our times. We did this until the end of the session, but even if I pushed on my limit it wasn’t enough. I finished P12 in my qualifying group and was starting 22nd overall. 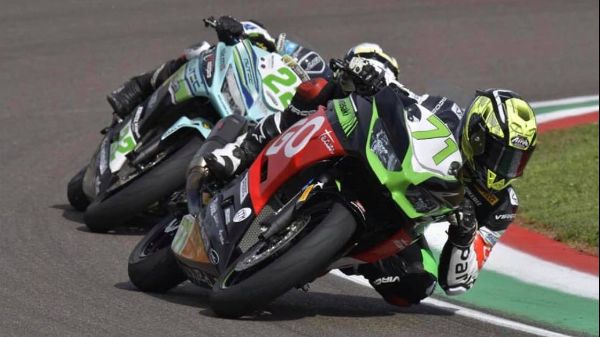 Sunday morning was cloudy and half-raining, not enough for the track to be too wet. I didn’t push very hard in the Warm-Up as the forecast said there was a 100% chance the race would be fully wet, so there wasn’t much to learn. I came into the box at the end of the session in tenth position, so I was happy and feeling super confident for the race.

At 1pm it started raining and I was so happy to see the weather improving my chances even further. But it kept raining and got heavier and heavier, and it got to the point where they didn’t know if the races would be run because there was so much water on track. All the TVs in the pits were surrounded by people waiting to see what would happen, when finally race control decided it was safe enough and the World Superbike class went out onto the grid. They sat on the grid for ten minutes before they were called back into the pitlane because race control wanted to check the track conditions again. The Superbike Riders sat in their pit boxes for another 20 minutes before both the Superbike race and the Supersport 300 race were officially cancelled.
I was really disappointed with the decision, it’s a long time between races and it’s the same track for all riders, whatever the conditions. But we now look forward to the next round in Jerez, on 7-9 June.