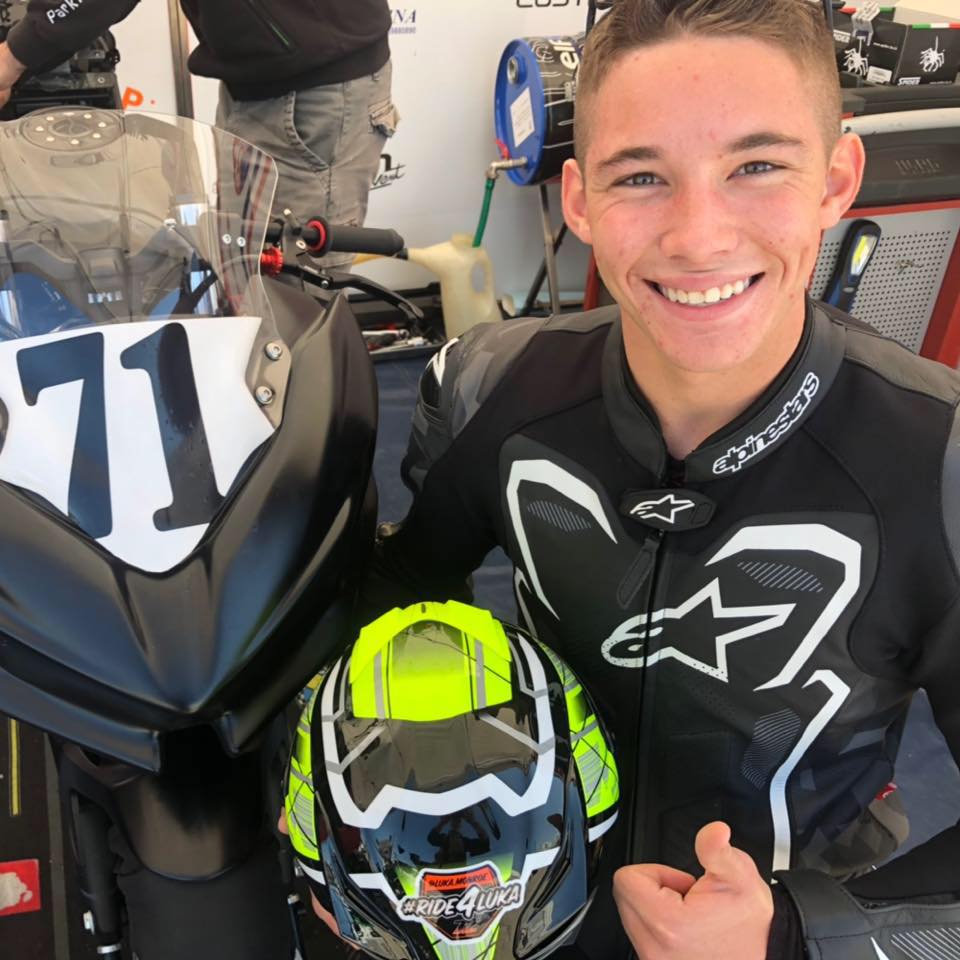 2017 YMF R3 Cup champion and Motorcycling Australia (MA) supported rider Tom Edwards (known by his online moniker ‘TomEgun’) will be commencing his assault on the 2019 FIM World Supersport 300 Championship (WorldSSP300) with the ParkinGo team this weekend at Aragon, Spain for Round 1 (5-7 April). Throughout the season he’ll be keeping a diary of his experiences, and you’re invited along for the ride!

Hey, I’m Tom Edwards, a 17 year old motorcycle racer from Newcastle, Australia. This year I have come to Europe to race in my second season of the FIM World Supersport 300 Championship (WorldSSP300). For those of you who might not know much about me, here’s a background to my racing so far and the reason I find myself in Europe.

I’ve been around racing and motorbikes for as long as I can remember. My family love racing flat track, some speedway and riding any form of bike they can, as often as they can. I had my first flat track race when I was six riding a Honda XR50 at Forbes, NSW, and over the next few years I moved up through the classes to become a consistent front runner at a State and National level. When I was ten, an opportunity came up to test my skills racing in the American Amateur Flat Track Titles. I did that for the next four years, winning over ten AMA titles and being named AMA Youth Rider of the Year in 2013. At home I finished on the podium at almost every State and National Title, travelling to as many meetings as I could and sometimes racing more than sixty races during busy weekends.

Afterwards, I made the move to Road Racing, starting in the Motorcycle Road Race Development Association (MRRDA) in Australia, then the Thailand National series, Asia Talent Cup, Australian Superbike Championship (ASBK) and now WorldSSP300. So, although I am young, I have literally raced thousands of times.

Last year was my first year in WorldSSP300, racing with Dutch team, Team Benjan Kawasaki. I wasn’t sure what to expect before the season started, but at the first test I was fastest rider, which was surprising but awesome! Over the season I was fast, but I had a few technical problems and crashes which was disappointing and meant my Championship standings at the end of the season were not great. Despite the disappointing finish, I performed well enough in my first season to attract several offers from different teams to ride for them this year. The ParkinGo team who came second in the Championship had watched me closely all season as we shared the same pit garage in the first test. They saw my potential, made me an offer, and we accepted.

I’ve been in Italy since early January getting ready for the upcoming season. I am lucky that my new team is a family team and they have invited me into their home to live with them. This makes training, eating and just getting around much easier than if I was by myself, especially as you have to be 18 to drive a car over here. Also, my Italian is a weak point, so the family help me out a lot! 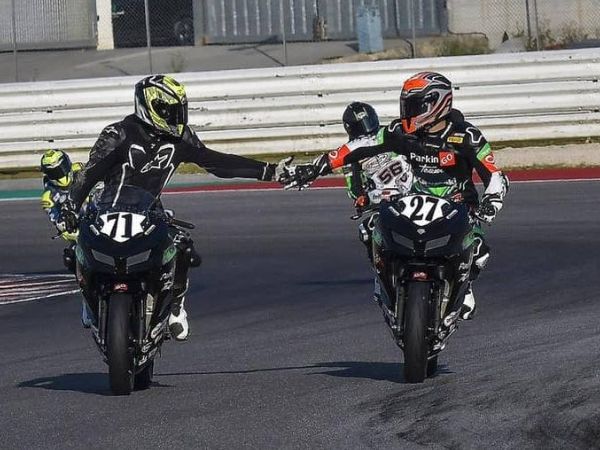 We have done four tests which were all super successful. My teammates are fast and I get along with them really well. We can joke around off the track, and on the track it seems like we will be able to help each other out during testing and practice. This will be super important this year as there are over fifty competitors in the race, and any advantage we can get in bike setup, racing lines or strategy will be crucial. The team is very organised and professional, which gives me confidence that we’ll do well this year.

This weekend is Round 3 of the FIM World Superbike Championship at Aragon in Spain, which includes Round 3 of the WorldSSP300. I’m super excited to get the season started. My main aim is to get some early points on the board in the first few races, something which took me five rounds last year.

So that’s how I have got myself here, let’s see what happens on the weekend!